The Dallas Movement is Dead

The energy.  The sounds.  The passion.  The unity.

That was then…this is now.

…prosecutors say Govan and his associates pulled off one of the largest known home scams in Dallas County in recent years, ripping off homeowners and buyers on as many as 46 properties. The alleged scammers took at least $320,000 from victims and were about to close on another $223,500 worth of deals when police intervened in 2016, according to a Dallas Morning News review of deed records and court documents.

Dallas police are investigating a domestic violence allegation against activist Dominique Alexander who leads the Next Generation Action Network.

WFAA first reported the incident Wednesday morning after multiple sources confirmed his girlfriend showed up at the Northwest Patrol Division with injuries and filed a complaint.

Alexander was convicted of shaking a 2-year-old baby in 2011. He was sentenced to five years but released on probation shortly after his sentencing.

Alexander has also been convicted of theft, making a false report and evading arrest. He’s also currently under indictment in Denton County for felony theft.

Over the past few years…

“He kicked me down the steps.”

“I was in the hospital for days.”

“The shelter wasn’t too bad.”

“Nobody would let me call the police.”

“I ain’t messing with no fucking Transgenders…”

“Some people deserve to be hit.”

“I got them protestors eating out of the palm of my damn hand.”

“I don’t give a shit about nobody really.”

ACTUALLY, THERE ARE TOO MANY CASES TO LIST THEM ALL.

The Dallas Movement has followed the path of its’ leader…arrests and violence have become the norm.

This ain’t about the cops…this is about us.

We have destroyed what we have fought so hard for…by following the lead of criminals and not the stirrings of God in our souls.

…but I don’t believe in death without resurrection.

May our reckoning also be our rising.

July 4, 2019
The US Flag at the Front of YOUR Church is Blasphemous
Next Post 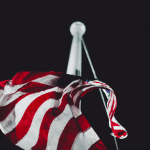 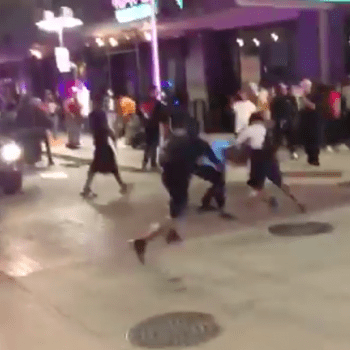