Incarnation is about God’s presence.  Throughout time and space, God is present in particular contextual moments. In the midst of near constant police oppression, God is present in the struggles of the people of South Dallas. This is what the presence of a street activist God might look like.

God is the beginning.  Love flows from God and nothing will ever interrupt it.  God is real as fuck.

People be walking around like zombies…scared of the police.  God ain’t about that shit.  Love is what God is about.

Don’t let them get close or you will become a zombie too.  Imprisoned by the police.  Stay woke children!  Stay woke!

God got some new skin. With every step, God just set it off.  God was free.

Everywhere, God screamed, “We doin’ this shit folks!  Rise up!  Fuck the law…this is about love…if you ain’t down…then get the fuck out of the way.”

“Can anything good come from that shithole?”

Shots rang out. Bullets riddled the air. The young brother dropped on the pavement.  God was right there.

“Only fuckin’ cowards stay silent in times like this.”

Bang!  The doors flew open.  Everybody froze.  Nobody had ever confronted the police like this.  When they started reaching for their guns, God grabbed them out of their hands.  “You going to shoot me too!”  “Not tonight!”  Pandemonium set in.  Climbing on top of a desk, God screamed, “Fuck your justice! I am love!”  God kicked their asses out of their own station. In the streets, the people cheered.  The zombies had been set free.

“Maybe those motherfuckers think twice before they shoot somebody else.”

While such an interpretation might sound harsh/even violent to some, it illustrates the rage of South Dallas and many other urban areas.  We would do well to listen to a God that is crying out in the streets for justice.  For in listening and seeking to understand, liberation can find us all. 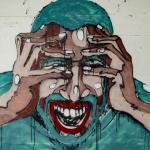 January 12, 2019
The Genocide of Inerrancy: A Personal Encounter
Next Post 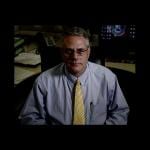 February 17, 2019 ACCOMPLICE TO MURDER // Detective Dale Richardson Dallas PD #6361
Recent Comments
0 | Leave a Comment
""Decolonizing Jesus? : Is this a joke?"The whole history of the mythology of an historically ..."
rationalobservations? Decolonizing Jesus? : Is this a ..."
"I have no sympathy for those who died in TЯA☭tor-TЯ🐽m₽'s attempted coup rampage on the ..."
Ocelot Aardvark Officer Brian Sicknick Speaks! : Trump/Trumpsters ..."
"At one time, I thought voting was not in tune with God's Will. But since ..."
Ocelot Aardvark Would Jesus Vote? // Moral Decisions ..."
"Why are you so boring? You post the same opinion every time you comment.I even ..."
Ocelot Aardvark Would Jesus Vote? // Moral Decisions ..."
Browse Our Archives
get the latest from
Jeff Hood
Sign up for our newsletter
POPULAR AT PATHEOS Progressive Christian
1