“Trust the Process”…The Last Words You Hear Before You Die

“Trust the Process”…The Last Words You Hear Before You Die November 15, 2020 Jeff Hood

“Trust the Process”…The Last Words You Hear Before You Die

Now it was the governor’s custom at the festival to release a prisoner chosen by the crowd. At that time they had a well-known prisoner whose name was Jesus Barabbas. So when the crowd had gathered, Pilate asked them, “Which one do you want me to release to you: Jesus Barabbas, or Jesus who is called the Messiah?” For he knew it was out of self-interest that they had handed Jesus over to him.

While Pilate was sitting on the judge’s seat, his wife sent him this message: “Don’t have anything to do with that innocent man, for I have suffered a great deal today in a dream because of him.”

But the chief priests and the elders persuaded the crowd to ask for Barabbas and to have Jesus executed.

“Which of the two do you want me to release to you?” asked the governor.

“What shall I do, then, with Jesus who is called the Messiah?” Pilate asked.

They all answered, “Crucify him!”

“Why? What crime has he committed?” asked Pilate.

But they shouted all the louder, “Crucify him!”

When Pilate saw that he was getting nowhere, but that instead an uproar was starting, he took water and washed his hands in front of the crowd. “I am innocent of this man’s blood,” he said. “It is your responsibility!”

All the people answered, “His blood is on us and on our children!”

Then he released Barabbas to them. But he had Jesus flogged, and handed him over to be crucified.

The people who repeat this phrase don’t know what they’re talking about.  In fact, these people are murderers.

When Jesus was placed before the crowd, I can just imagine multiple disciples hiding and reassuring each other, “Trust the process.”  When you tell someone to trust the process, you’re telling them that the system is fair.  Truth be known, the system wasn’t fair and never will be fair.  We live in a fallen world.  An unfair system killed Jesus.  Our unfair systems kill people all the time.  To all that were unsure of what was happening, Pilate spoke as the system folks do now, “Trust the process.” If you value your life, I wouldn’t…because that will be the last phrase you hear before somebody slits your throat…aka crucifies your gullible ass. 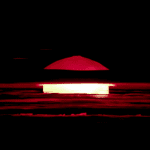 November 24, 2020 The Latest Ink: High Country Theology
Recent Comments
0 | Leave a Comment
Browse Our Archives
get the latest from
Jeff Hood
Sign up for our newsletter
POPULAR AT PATHEOS Progressive Christian
1