A Right Relationship with Sister Death 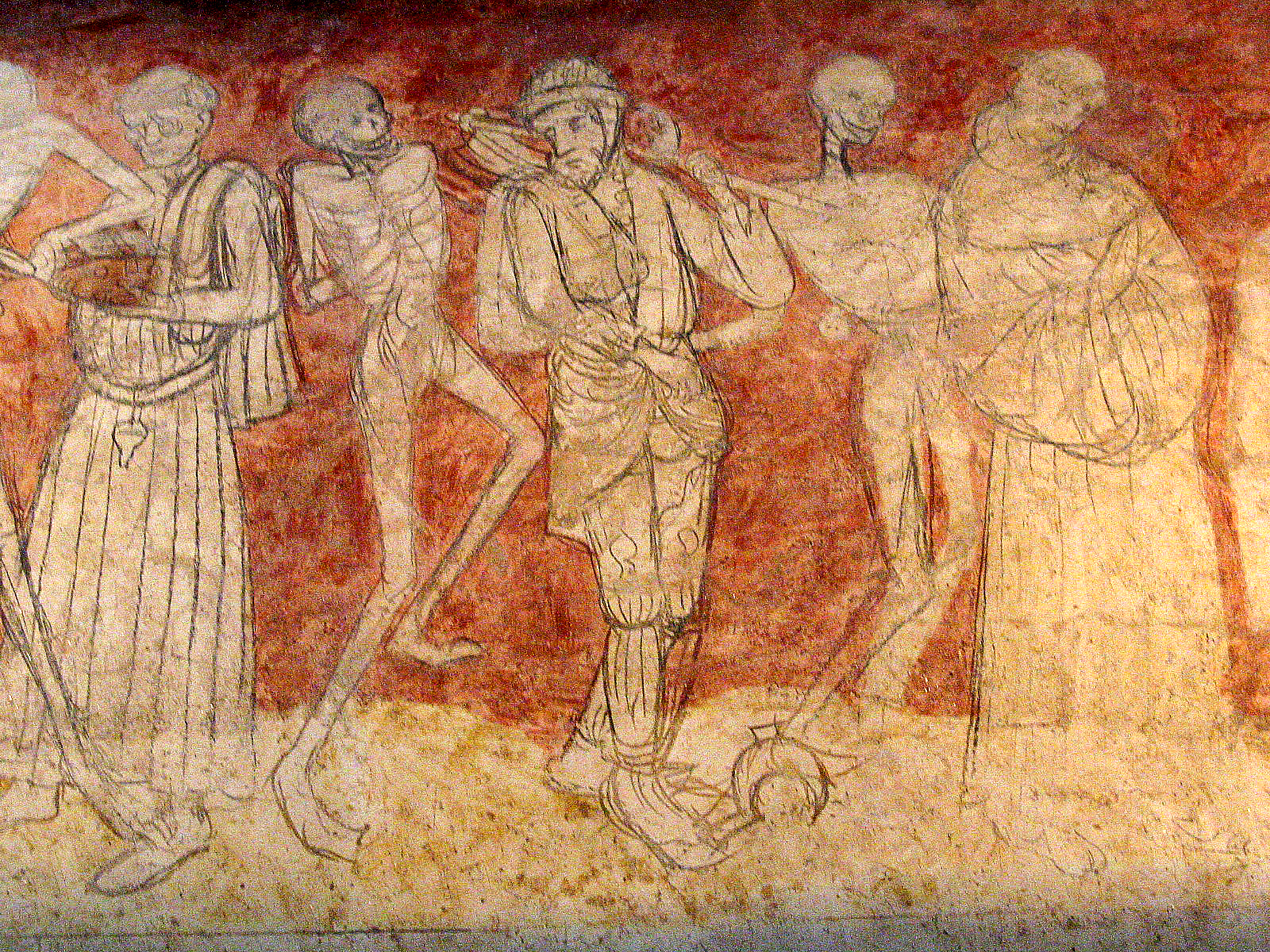 The media is gushing over another high-profile suicide, which is of course high-profile precisely because the media chooses to gush over it.  What sane people do, when they learn that someone is contemplating killing themselves, is gently suggest a chat with the doctor about pain management.  Or they come over and help with the laundry.

You are allowed to use both your brain and your moral sense when choosing how to cover a story.  When someone calls you with a big Suicide Scoop, consider running a piece about suicide hotlines, or pallative care, or the President’s plan to fix unemployment.

The Not Enamored with the Culture of Death Crowd

But Catholics, with our Culture of Life and all that, we have this thing about death as well.  Think St. Francis, who was not nearly so cute a saint as your neighbor’s bird feeder might suggest. Courtesy of Wikipedia, here’s a translation of the closing lines of The Canticle of the Sun:

Be praised, my Lord, through our sister Bodily Death,from whose embrace no living person can escape.Woe to those who die in mortal sin!Happy those she finds doing Your most holy will.The second death can do no harm to them.

And hence the Catholic Triduum of Death* we celebrate every fall, playing opposite the Feast of the Resurrection come spring. You know it’s Catholic because there are funny clothes, good food, and mortal terror all wrapped up in one, and then we go to church. Twice.  I’m contemplating the four last things — quick, someone carve a turnip!

Death is Not Your Servant

When we talk about a healthy relationship with Sister Death, we have to set aside our emotions.  I don’t mean that we shouldn’t have them, or that they are meaningless.  Our emotions are chock full of information for us, and when it comes to death, there are some normal ones:

When we take these natural emotions and make them our king, we try to turn death into our servant.  And hence, we look to death to spare us those inconvenient people who wreck all our plans, demanding hours of thankless toil if we are to care for them, and they giving us nothing.  We try to dismiss death, announcing that death can’t beat us when our mortal coil threatens to shove off early, always just when we were finally having fun for a change.

The temptation is to make death into our cosmic janitor, under orders to stay discreetly out of the way of the party, and then to quick step in and clean up for us when the room gets to be a mess.

What Sisters Actually Do for One Another

St. Francis pegged it with the term Sister death, though if your idea of sisterhood comes from sappy memes on social media, you might not quite catch the reference.  Your girlfriends are sycophants.  Sisters keep you honest.

Sister Death isn’t there to do your chores for you. “Ha!  You say I’m your friend now, but that’s just because you don’t feel like changing Grandpa’s diaper.  Get in there and do it, and quit complaining. Also, give me back my shirt.”

Sister Death knows when you’re faking. “Oh yeah, you’re all spiritually prepared to meet your eternal reward now, are you?  You just wait till this flu passes and you have to cover Mrs. Beedlenauer’s Sunday School class, we’ll see how holy you are.”

Sister Death isn’t charmed. “I don’t care what you had planned, and no I don’t want to see your new house.  You go in there now, and put your body between that bad guy and that innocent civilian, and it’s none of your business whether you get to go back to Wichita after, and it’s not my decision either.”

Sister Death doesn’t take your excuses when you say you aren’t ready for eternal life yet.  She says, “You’ve known very well this was coming, and it’s not my fault you were goofing off instead of doing what you were supposed to do.  I’m not getting in trouble for you, I’m doing what Dad said.”

It is the virtue of Hope that allows us to have courage in the face of death:

Hope is the theological virtue by which we desire the kingdom of heaven and eternal life as our happiness, placing our trust in Christ’s promises and relying not on our own strength, but on the help of the grace of the Holy Spirit.

But blessed hope is different than I’m in charge of this life-and-death business, it’ll happen on my terms.  We aren’t in charge.  We prepare our souls for eternal life, aware of our need for God’s mercy, but never presuming on it.  Hope, properly ordered, is the antidote to presumption: We convert our healthy fear of death into a healthy fear of God.

The Culture of Death is a culture of idolatry, but it’s not a worship of death; it’s a worship of ourselves.  We appoint ourselves gods over death, dishing it out according to our plans.

A Culture of Life is likewise not some clinging, fearful escape from our inevitable end.  Rather, when we worship the Author of Life, we leave all question of comings and goings in His hands.  Our job is to live well, to love God well, regardless of how much suffering or terror that might involve.

Sooner or later Sister Death will come for us, in God’s time, not ours.  Seek her out early, and expect to receive a stinging, eternal variation on none of your beeswax.  Mind your own business, which is the work of living and helping others to live, and you and she will get along just fine.

*For the uninitiated, here’s what my play on words was an allusion to:

The Triduum are the three high holy days of the year: Holy Thursday, commemorating the Last Supper, Good Friday, when Christ was crucified, and the Easter Vigil, the feast of the Resurrection, which begins after nightfall Saturday night before Easter Sunday.

I’m just joking around about there being a “Triduum of Death” in the fall.  That’s not a thing.  But it’s a playful reference to All Saint’s Eve (Halloween), All Saints’ Day November 1, when we honor everyone who’s gone to Heaven, and All Souls’ Day November 2, when we remember and pray for those who have died.  Three days during which we contemplate eternal life by lighting candles, praying fervently, and eating chocolate.

October 31, 2014
ISIS and Just Warfare: Is Now the Time for Men of Good Will to Intervene?
Next Post

November 4, 2014 Catholic Website Advises Parents: Obsession with the Occult is No Big Deal
Browse Our Archives
get the latest updates from
Sticking the Corners
and the Patheos
Catholic
Channel
POPULAR AT PATHEOS Catholic
1

Avoid Universalizing Private Devotions And Cultural...
A Little Bit of Nothing
Related posts from Sticking the Corners

Put Down the Rocks!
I'm thinking, we need a do-over of the Year of Mercy.  Because...
view all Catholic blogs
Copyright 2008-2021, Patheos. All rights reserved.