Moving beyond any particular example of terrible writing, I want to address a non-argument I’ve seen circulating among Catholics of good will lately.  If you’re going to be Catholic, set yourself firmly in favor of the truth.  If you’re going to set yourself in favor of the truth, you need to know a non-argument when you see it.

Again, I’m writing here not to philosophers, but to ordinary internet people like myself.

Here’s an example of a typical round.  Sam Rocha writes a piece asserting that his alma mater, Steubenville, needs to make amends for its past act of honoring someone who approves of torture.

Now there are any number of arguments one could bring to this discussion, and I’ve seen a few that made good sense.  But here’s one that doesn’t work, and I paraphrase:

Steubenville is a great school!  It was faithfully Catholic when everyone else was eating felt banners at their Reiki brunches. Quit picking on your friends.  You don’t know how lucky you are to have such a place.

The error here is not in asserting that Steubenville, or the governor, or the neighbor whose dog ate your bocce ball when you left the shed open for just a moment, is actually good people.  No doubt they are all good people, and you have the evidence to prove it.

The error is in thinking that being good people will somehow cause all mishaps to disappear.

This happens.  Being a good guy doesn’t cause the ball to leap out of the dog’s stomach, whole and shiny, and back into its spot in your shed.

There is, though, a time and place for the good man defense.  It isn’t in answering the question of what happened, or who is in the right.  It is, however, useful information in trying to determine how to proceed.

Good men don’t want to do wrong things.  They may, for a moment, respond defensively; but in the end, they will come around and be grateful for correction.

The good man defense is not an argument against error, but it is an indicator that reconciliation is a reasonable hope. 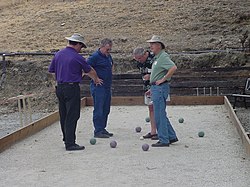 December 11, 2014
Is There a Rational Argument in Favor of IVF for Church Employees?
Next Post