This Sunday’s Gospel has Jesus out for a walk on the beach, and he sees these fishermen and tells them to drop everything and come become apostles.  To hear it preached sometimes, you’d think they’d all never met before.  But take a look at last Sunday’s Gospel:

John was standing with two of his disciples,

and as he watched Jesus walk by, he said,
“Behold, the Lamb of God.”
The two disciples heard what he said and followed Jesus.
Jesus turned and saw them following him and said to them,
“What are you looking for?”
They said to him, “Rabbi” — which translated means Teacher —,
“where are you staying?”
He said to them, “Come, and you will see.”

So after this happens:

Then Jesus goes and finds those four guys who had already come and spent the afternoon with Him back when they were disciples of John.  Who’s just been arrested.

Andrew, Simon, James, and John aren’t just these random guys that Jesus happens across when he’s looking for a Filet-o-Fish on a Friday afternoon.  They’re looking for Jesus, or whomever it is that God has sent as the Messiah.  As disciples of the soon-to-be-beheaded John the Baptist, who never was a slouch, they know the cost of discipleship.

Jesus has met them, and they have met Him.

They may not be ready, but they are wanting to be ready.  And it is then, and only then, that Jesus calls them to be disciples. 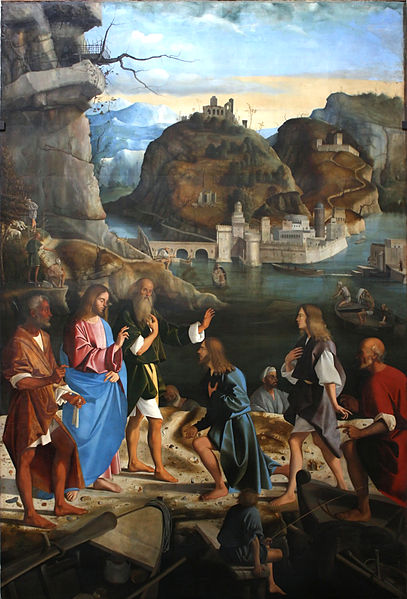 January 26, 2015
Evading the Useless Fairy Through the Miracle of Central Heating
Next Post

February 2, 2015 Playing with Fire: Christ in the Temple
Browse Our Archives
Related posts from Sticking the Corners