Will Suffering Make Your Marriage Better or Worse?

Suffering is called “suffering” because it’s horrible.  The amount of horror can vary from low-grade misery to unspeakable darkness, and furthermore some types of suffering are harder on a given marriage than others.

In addition to objective differences — a week with a bad cold is less suffering than years of intractable scream-out-loud pain — each couple is composed of two people with their own strengths, weaknesses, and quirks, as well as their own distinct resources.

Thus, for example, not having family or friends around to watch the baby while you finally catch up on your sleep can eventually drive a person to real live suicidal madness due to simple sleep deprivation.  That’s a thing.  In contrast, a life-threatening illness might be entirely manageable (albeit terrifying and unpleasant) if you’re blessed with an especially good support system and an illness that doesn’t happen to bring to the forefront you and your spouse’s worst traits.

The other difficulty with marriage is that it involves two people.  One of you might be more virtuous than twenty saints combined, and the other one an absolute rotter.  (This is actually a way to get canonized.)  Usually what you get is two somewhat-virtuous people who waffle and flounder and sometimes manage to hold their act together just enough to muddle through.

But you can’t say to the friend going through a divorce, “Oh, dear one, if only you had been a better spouse, your beloved wouldn’t have walked out (or you wouldn’t have needed to call the cops and then avail yourself of the armed escort to flee for safety).”

[Let’s pause and be perfectly clear: The Church recognizes that separation and even civil divorce are sometimes necessary actions, if your estranged spouse poses a threat to your safety.  In such cases often there are grounds for annulment, but if not, your fidelity to the sacrament is rightly practiced from a prayerful distance.]

Marriage is a union of two imperfect people. Sin, like suffering, runs on a scale.  A marriage can endure quite a lot of both, but there’s one thing it can never endure, and that’s a spouse who decides not to be married anymore.

That’s true whether you’ve got run-of-the-mill daily toils or a situation so foul that the most hardened of the worldly shudder to contemplate it.  You can make it easier for your spouse to stay, but you can’t make your spouse stay.  Marriage is not dog-training school.

But we are men, not dogs.  We are imperfect, prone to both sin and error, but we still have free will.   The way that we view suffering and the way that we respond to suffering as a married couple do have a bearing on how our marriage will fare.

Without forgetting the massive list of caveats I just laid out above, these are some of the factors that I have found make a difference in whether a marriage is weakened or strengthened by a particular hardship:

Or you can be a saint.  That works, too.

But you can do this even if you’re not saint material yet. 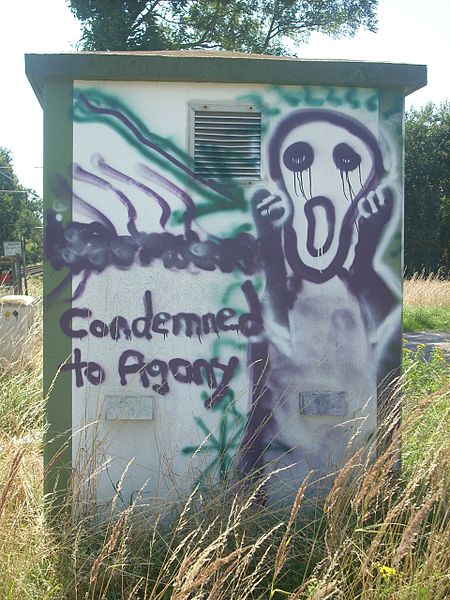 July 9, 2015 Mercy That Isn't: More Teachers Being Thrown Under the Bus to Cover for Dissenting Administrators
Browse Our Archives
get the latest from
Sticking the Corners
Sign up for our newsletter
POPULAR AT PATHEOS Catholic
1

What are people starving for, Fr....
Catholic Bard
Related posts from Sticking the Corners

Catholic
When Mercy Shows Up at Your Parish
Sticking the Corners