Old Poverty in the New Economy

Kat Fernandez recently shared her perennial post on poverty-nagging.  What caught my attention was the blouse incident:

He also didn’t have to comment that I needed to learn to save money or note that I was wearing a new blouse, but he did.

Never mind the “new” blouse was actually a hand me down or the idea of a savings was laughable making barely over minimum wage. He was in a position to help me, which entitled him to lecture me for being poor.

And so what if I was wearing a new blouse? Would he have appreciated it more if I showed up to work looking homeless?

What people overlook is that our society is now so wealthy, in the aggregate, that we’re swimming in clothes.  That a person could be both poor and well-dressed is a stroke of good luck — not everyone has the hand-me-downs flowing in just the right mix — but it’s not a sign of lavish living.

Televisions are another hot topic.  Look at those poor people with their shiny big TV’s.  Try to give your old television away.  Everyone already has one as good as yours, and is only interested in a space- and electricity-hogging machine if it counts as an upgrade.  Hitting the hand-me-down TV lottery isn’t all that difficult.

If you were to try to sell any of these gifts to fund your rent or health insurance habit, you might be able to net a few dollars, but not enough to make a dent in your actual bills.   The hand-me-downs are far more valuable for the benefits they supply directly (work clothes, free news and entertainment) than they are for their cash value.

These realities reflect structural changes in our economy.  For millennia, clothing was hard to come by.  It was valuable even second-hand.  Fifty years ago, electronics were luxuries, not mass-merchandise.   The world has changed, and the outer shell of poverty has changed with it.  What is impossibly out of reach for many Americans today is not food or clothing, but a frugal home in a safe neighborhood with a decent school.  These things simply cannot be had.  They are not on offer.

Meanwhile: Smart phones.  Poor people have smart phones for good reason.  If you own one, you don’t have to have a landline or internet or a computer.  You can use it to apply for jobs and check your kids’ grades, and if you can’t afford a data plan you can walk down to the public library and use their free wifi.  A decent recent-vintage but not cutting-edge smart phone can be had off the shelf for a fraction of the cost of the freshly-minted iDevice that outrage-porn rhetoric imagines are issued with WIC cards.

This doesn’t make poor people saints, and it doesn’t make poor people masters of frugal living.  Some are, some aren’t.  If we look closely, we can find faults in all our friends and most of our enemies, so the poor are just as easy a target for criticism as anyone else.  If not their bad budgeting than their lousy taste in classical music.  We can be confident the poor must surely be doing something wrong, because everybody’s doing something wrong.

Furthermore, by the very nature of the problem, we know that some of the people who struggle to make ends meet have that problem because they really, really stink at making money decisions.  It’s true of the U.S. Congress, it’s true of corporate executives, and it’s true of poor people.  Financial disaster is sometimes not your fault, but sometimes it is.

There is, therefore, a place for both old-fashioned financial advice and old-fashioned almsgiving.  Knowing which are needed and in what proportions is a delicate art.   But we can say with certainty that if your poverty-shaming demonstrates that you have no working knowledge of the economic changes that have taken place in your own lifetime in your own neighborhood, you should hush up and just listen for a bit. 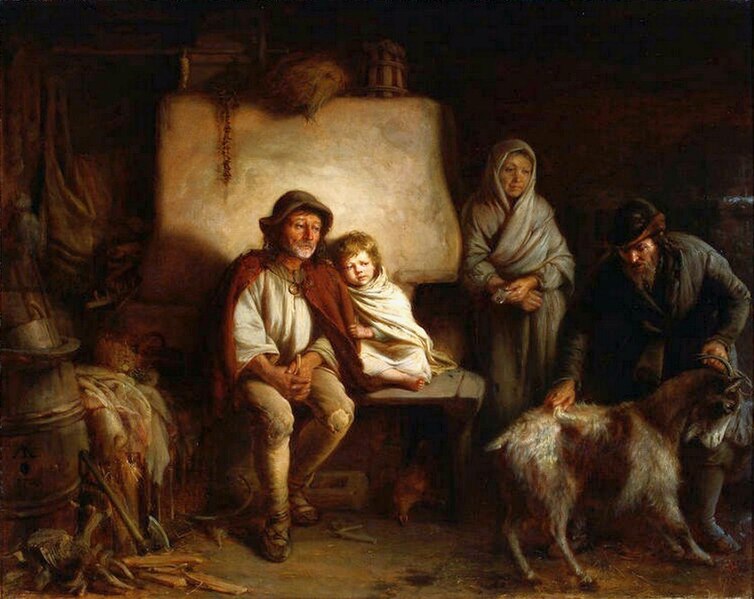 October 24, 2015 Poverty in the Time After Cell Phones
Browse Our Archives
Follow Us!

Go Ahead. Take Down Statues of...
Public Catholic
Related posts from Sticking the Corners

Catholic
The Innocence of St. Junípero Serra
Sticking the Corners

One Nation Under God? Maybe Not. There Will...
Truer Than the Red, White and Blue   “When the Son of...
view all Catholic blogs
Copyright 2008-2020, Patheos. All rights reserved.