This past week a priest in our region died, suddenly and unexpectedly.  He was not someone I knew personally, accident of geography.  Friday morning as I opened class in prayer, I completely forgot to include Father in our prayers until one of the moms reminded me.  In the excitement of a morning teaching, that sorrow again slipped from my mind.

On the way into Benediction before Mass, I saw an acquaintance in the narthex, the father of one of my daughter’s friends.  It was a pleasant surprise to see him, we said hushed hellos, and I tried to remember if he sometimes came to this Mass and I’d just never noticed before.  Then I installed three children in the pews and went in search of the fourth, only barely making it back in time for the last few seconds of Adoration.

We got to the prayers of the faithful.  Something I’ve come to appreciate on Fridays is that the new priests ask the congregation to add their own intentions.  The kids in the pews surprise me with the things they request — good things.  For the souls in purgatory my youngest daughter said.

Across the aisle, someone started to announce another intention. “For–” he said, and then stopped abruptly.

In the silence, another woman made a different request, and we all added our assent.  It’s a smooth process.  Sincere.  Uplifting.  Everyone’s got the rhythm of it now.

Then my dad-acquaintance, who was the man who’d tried once to start a prayer request, tried it again.  “For my priest–” he managed, barely, sobbing as he said his deceased pastor’s name.  Weeping as he said my priest as surely as if he’d said my father.

We at the next parish over had completely forgotten.  Just an accident.  Sometimes in the busyness of life your brain fails you just when it shouldn’t.

It was a providential accident.  A happy fault.  For if that intention had been listed in the pre-scripted prayers of the faithful, our pastor would have read it off in the calm, soothing tones of the caring professional.

Instead, the beloved spiritual son had come and openly mourned.  My priest.

There’s no consolation for this kind of pure grief.  The fact of eternal life doesn’t eliminate the loss here and now.  Death is well deprived of her victory and her sting, but there’s still the reeling from her sudden punch and the persistent throbbing ache after.

His priest — his father — taken too soon.  And so my friend comes and stands before the Blessed Sacrament and weeps the same way our Lord did when His friend was taken too soon.  I didn’t know the man.  I might have seen him twice in my life.  But I can tell from that grief just what kind of priest he was, and I could write a long list of others just like him. 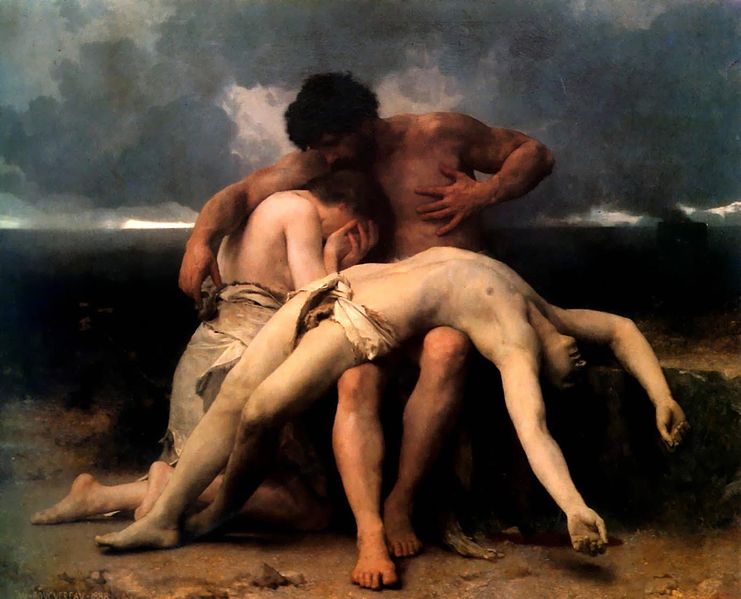 February 3, 2016 What Kind of Place was Nazareth?
Browse Our Archives
Related posts from Sticking the Corners

Catholic
A Movie Not to Miss: Devotion
Sticking the Corners

Catholic
Catch Me Tonight on The Journey Home!
Sticking the Corners
TRENDING AT PATHEOS Catholic