McDonald’s to Close Down After Accusations of Cultural Appropriation

Just weeks after launching its Great Tastes of America burger series in the United Kingdom, McDonald’s Corporation reports it is shutting down amid accusations that they ripped off their recipes.

The accusations arose after advertisements touted a “sweet and tangy South Carolina sauce” that some viewers believed may bear a vague resemblance to mustard-based barbecue sauces used in some regions of the state.  Fox News reports:

Though the eatery had been open for several decades, the owners of McDonald’s were only recently accused of cultural appropriation  . . .

“Because of  the UK’s underlying racism, the people who rightly own these traditions and cultures that exist are already treated poorly,” The Portland Mercury said, calling the closure of  McDonald’s a “victory.”

In explaining the seriousness of the situation, columnist Jagger Blaec speaks for the people of South Carolina in writing:

Week after week people of   South Carolina bear witness to the hijacking of their cultures, and an identifiable pattern of appropriation has been created. Several of the most successful businesses in this town have been birthed as a result of curious  Yankee people going to a foreign country, or an international venture, and poaching as many trade secrets, customs, recipes as possible . . . to claim it as their own and score a tidy profit. Now don’t get me wrong: cultural customs are meant to be shared. However, that’s not what happens . . .

Because of  the UK’s underlying racism, the people who rightly own these traditions and cultures that exist are already treated poorly. These appropriating businesses are erasing and exploiting their already marginalized identities for the purpose of profit and praise.

People of  the South are nothing more than an afterthought when the  Yankee perpetrators of this tradition continue to do this on a regular basis. While  Everywhere But the South is supposedly a progressive place, super liberal  Yankee people usually only have other super  Yankee liberal people to answer to—which means this cycle of cultural appropriation will never end until people of  the South call attention to it.

The shutting down of the restaurateur was effected without consultation with or compensation for the indigenous people of South Carolina, who would have insisted on a settlement of free Extra Value Meals, but declined out of concern that Dolly Parton, Texas, and some sorry football team with light blue jerseys might try to get in on it.

A campaign to educate corporate citizens about the indigenous sauce traditions of the Southern peoples of the United States is underway: 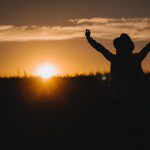 May 31, 2017 Catholic? Like to Write? There's a Conference for That
Browse Our Archives
Related posts from Sticking the Corners

Odd James White View Re Matthew 16:19 &...
I was looking over some of the more recent (and increasingly rare)...
view all Catholic blogs
Copyright 2008-2021, Patheos. All rights reserved.
Close Ad