Stepping Off the Political Fear-Mobile

Full disclosure before we begin . . . I’ll be getting in line at my local polling place this November (I anticipate no problems, it’s a well-run precinct) to cast my three-for-the-price-of-one vote, if my critics are to be believed: One vote for a third-party candidate TBD, and therefore, I’m informed, that also means I’ll be casting one vote each for Trump and Biden.  Okay, that’s fine.  Let’s talk about why.

This afternoon I commented to the SuperHusband that the present political climate makes clear to me how Hitler came to power.  Not because I think either of our presidential candidates are “basically Hitler” (though they do each have their moments), but because I am seeing how the sale of paranoia causes otherwise-reasonable people to set aside reason in supporting one terrible candidate over the other.

Note well here: Given a slate of miserable options, I am sympathetic to any voter who looks over the options and determines that one or the other of the major party candidates is the better choice.  So be it.

What astonishes me is the level of vitriol I have seen among previously-respectful persons who now are declaring that any acquaintance who supports the opposing candidate is, by definition, an evil person.  The wrong candidate is nothing but evil, and therefore someone who votes for the wrong candidate is a bad person, plain and simple.

This is the actual thinking, if I am to believe the words they are saying, of real people I know on both sides of the political spectrum.  Not far-right or far-left extremists.  These are not people slinging molotov cocktails with this year’s hot new version of anarchists, nor people training with a like-the-Klan-but-without-the-sheets white-supremacist militia.  These are normal people.  White middle-class people, as it happens. And they are full of vitriol for other white middle-class people who have the gall to publicly support the opposing side.

They are being played.

Friends, let us consider the last two election cycles.  In 2016, the Republican party, handed an election that was theirs to lose after all the many ways the Obama administration exasperated budget-minded conservatives, mounted a slate of candidates so milquetoast and out of touch with their base that Donald Trump won the Republican primary.  What?  How?  How can your party be that pathetic? And yet it happened.  Also in 2016: The Democrats mounted the one and only candidate in the world capable of losing to Trump.  Not by much, but it happened.

Alas Republicans don’t get a fresh slate for 2020, but you would think that the Democrats would recognize their opportunity to grab at a landslide; instead we have a presidential candidate who may or may not have dementia, and a vice-presidential candidate who is known for policing the poor into prison . . . in a year when the nation is up in arms over police corruption.  Um–?  What? How?

But they can do this, because both parties know that they have a 50-50 chance of winning no matter who they run for president.  If you are politician at any level other than chief executive, it is in your interest for the other party’s terrible presidential candidate to win office.  Why? Because then voters will be terrified into keeping you in office lest the other terrible party get too much power.

You are not obligated to support this system.

If you truly think your presidential candidate is a good person?  Great.  Vote your conscience.  But if your candidate’s chief attributes are “at least he’s not the other guy” than we can see right through your bluster.

If you continue to vote for pretty-bad candidates, you will continue to get pretty-bad candidates.  It is possible for darkhorse candidates to win in the US.  We know this because for goodness sake Donald Trump has already won once and he might do it again.  By refusing to settle for voting into office a terrible person, you can create a large enough swing that half-decent candidates  .  . . well, okay, I’m cynical too.

Even if the other guy is, say, announcing that killing innocent children is a non-negotiable part of his platform . . . he’s only able to get away with it because plenty of people you know are desperate to kill their children and can’t bear the thought of losing the means to do so efficiently.  That’s the reality of American politics.  Real-live Hitlers are rare. Much more common: Power-hungry people lusting for the chance to be king-of-the-world will say whatever it is they think you want to hear.

Use your vote to let the next round of candidates know what you want to hear.

If you know that both candidates are terrible choices, please consider stepping off the merry-go-round of fear and instead voting 3rd party this year.

But most of all, quit hating your fellow Americans.

Even if, for whatever reason, you determine that one of the major parties truly does offer a good-enough slate, consider letting go of your vitriol.  Consider the possibility that your fellow citizens are not, in the main, out to destroy all you hold dear.  Maybe they are misguided.  Maybe they are deceived.  If they are engaged enough to bother voting — or disenchanted enough to have given up on voting — the odds are they are just trying to live an ordinary, comfortable life, same as you.

You do not benefit from pitting yourself against other ordinary people who are, for the most part, just like yourself.

Who benefits from the divisiveness?  Politicians, that’s who.  Vote for whom you will, but don’t fall for their hate-games.  Thanks. 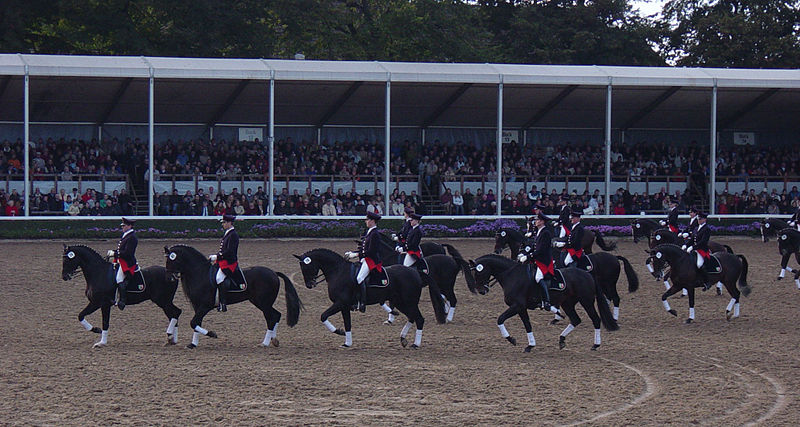 Here, have a horse photo. Courtesy of Wikimedia, public domain.

September 12, 2020 How to Create a Safe, Fun Autumn's Night Activity for Children
Browse Our Archives
Related posts from Sticking the Corners