Thinking About Images of Mary

In my goofing off today: “The First Instagram Filter” from Jeff Miller at The Curt Jester.  He jokes about the popular meme that depicts the Shroud of Turin and the image of Our Lady of Guadalupe as the original selfies, saying, “Today I realized Mary used the first Instagram filter with ‘indigenous women’ mode.”

And of course that’s one point of view.

As Catholics we’re free to not believe in the miraculous nature of either image.  Approved apparitions and miracles are deemed “worthy of belief” but they aren’t required beliefs.  The Church investigates, gives the phenomenon a thumbs up or thumbs down on whether it looks legit, but if you remain skeptical, that’s fine.  Private revelation isn’t binding on the universal Church.

But, suppose you do believe in the miraculous appearance and image of Our Lady of Guadalupe.  In that case, let me help you go next level: What if that’s what Mary actually looks like? All the time.  Possibly: Portrait of her teenage self, except in cool clothes.

Image of Our Lady of Guadalupe on Juan Diego’s Tilma, public domain.

Now let go of the trappings and focus just on the face.  Honestly? You can probably think of several different cultures around the world where if you saw someone with that face, but dressed and speaking and behaving like a local, you wouldn’t suspect it’s someone from Mexico City.  Gentlemen, keep in mind that girls do stuff to their eyebrows and hair, so don’t get hung up on that.

Hold that thought, and then scroll through the portraits in Wikipedia’s article on the Fayum mummy portraits. This one, for example: 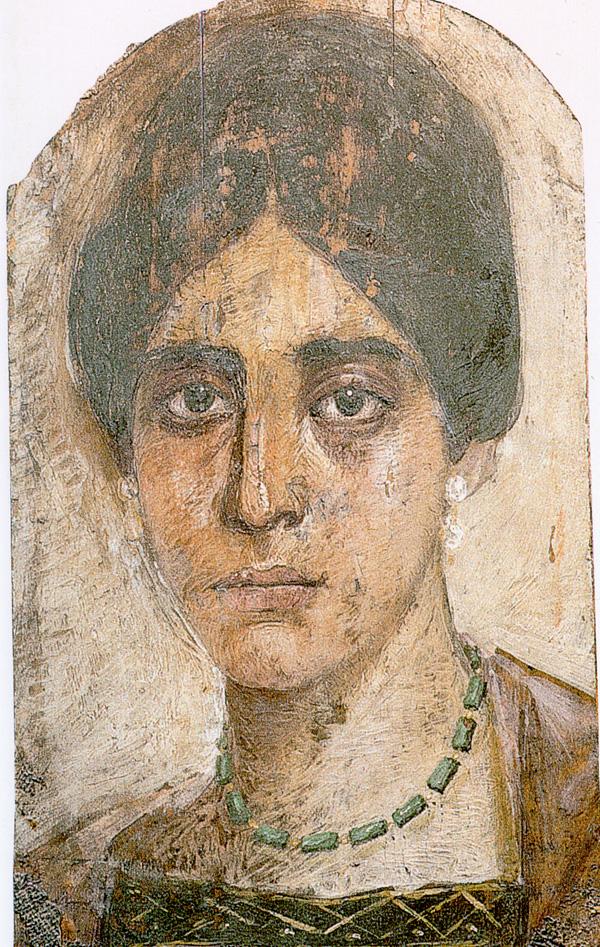 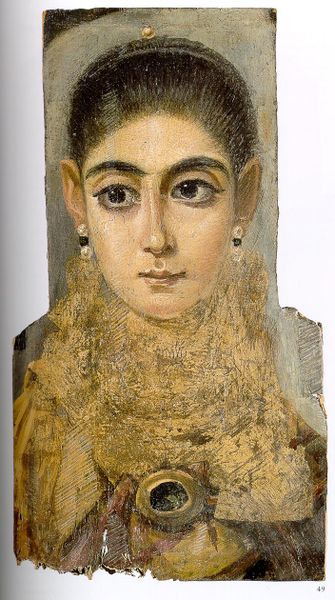 I picked the Fayum portraits because they are done in a realistic style and date from approximately the same era and the same general region as Mary and Jesus.  They give us an idea of what someone from the region could have looked like.

Personally? I think it’s entirely believable that the image of Our Lady of Guadalupe isn’t Mary’s face transformed into the image of someone from another part of the world, it’s just Mary’s actual face.  Like every teenage girl ever, why wouldn’t she have fun dressing up with the clothing and styling of the people she’s hanging out with?

Just a theory.  In no way negates the totally legitimate practice of depicting the Holy Family as members of any ethnicity or cultural group that suits.  But if it helps you in any way, feel free to think about that possibility.

September 17, 2021
The Other Religious Objection to the Vaccine Mandate
Next Post

September 20, 2021 Thinking Clearly about "Long COVID" Confusion
Browse Our Archives
get the latest updates from
Sticking the Corners
and the Patheos
Catholic
Channel
POPULAR AT PATHEOS Catholic
1

Catholic
The Pitfalls of Using Legal Precedent to Support...
Sticking the Corners
TRENDING AT PATHEOS Catholic

The Priest Who Said "Me Too"
All right, a good story now.  We've heard so many bad...
view all Catholic blogs
Copyright 2008-2021, Patheos. All rights reserved.