I haven’t commented (anywhere) until now about the recently revealed accusations against Pope Benedict XVI.  You can read about them here:

If you’ve been following my opinionating more than ten minutes, you know that I am furious about clerical sexual abuse and bureaucratic enabling of abusers.  Longtime readers also know that I’m a B16 fan.  I’ve just always liked the guy.  Maybe it helps that we’ve never met. But his writing, which is the way most of us have access to the popes, has been an important part of my formation.

So what’s a fangirl to say when one of her favorite living theologians is outed with charges like these? It could be worse doesn’t cut it.

How about: We all sin? Nope.  Indeed I think a case like this is a jarring answer to the question of, “How do you tell a mortal sin from a venial sin?” I’m not saying it’s a failsafe guide, but it does help to ask: What would I think if I learned someone I loved had committed that sin? How would it affect my relationship with that person?

So that’s been one set of thoughts I’ve had about this.

The other is related:  Wow. This hurts.

It really hurts when someone you liked and respected does something that is radically out of character with the person you believed them to be.  You want it to be wrong. Your mind reels.  You don’t have an answer.

You don’t always have to have an answer.  Sometimes it just hurts. 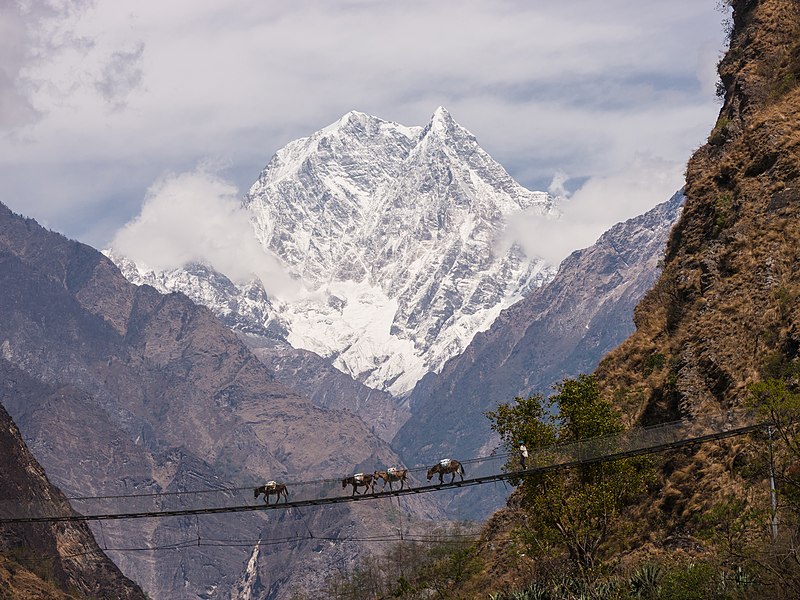 “Bridge near Tatopani” CC 4.0, via Wikimedia. I could not articulate the metaphor here, but the pack animals and human crossing the suspension bridge over the rocky gorge, with a cloud-shrouded snow-covered mountain in the distance just feels like the right picture for this post.

January 25, 2022
The Healthcare Experience for Difficult Diagnoses
Next Post

January 30, 2022 The Fallacy of Personal Contentment
Browse Our Archives
Related posts from Sticking the Corners