This is a quick run-through of some of what I’m seeing in terms of reactions to the Russian war on Ukraine, and how those reactions fit within the framework of Catholic morality and social justice.

#1 Does this count as just warfare and legitimate self-defense?

I do have a degree in international relations, but I am not and never have been an expert on Eastern Europe.  I’ve attempted to bring myself up to speed on current events by reading a wide variety of sources, and to do so while keeping in mind the biases and limitations of each of those sources.

I think it is very reasonable to conclude that Russia’s invasion of Ukraine can in no way be considered anything, at all, like “just warfare.”  Likewise, Ukraine’s response to this attack falls very clearly within the realm of legitimate self-defense.

I’m not saying it’s categorically impossible for a person of good will to disagree with those assessments? But the evidence is pretty solid.  I don’t see any reasonable case to the contrary.  Just don’t.

(So: I’m siding with the overwhelming vote of nearly all nations in the UN — not because going along with the crowd is my usual thing, but because in this case I think the crowd has come to a correct conclusion. But I get more contrarian below, I’m still me.)

You can read a summary of Catholic teaching on just warfare here.

#2 What about the serious prospect of success?

One of the most difficult elements of just warfare doctrine to assess is the requirement that there be a reasonable hope that armed defense will be successful.  This is a matter of prudential judgement.

A person of good will could reasonably hold either position with regard to Ukraine.

For more insight into this question:

#3 Is prudential judgement just code for excusing the massacre of innocents?

On the contrary.  We have to use the virtue of prudence most just where the risks of choosing wrongly are greatest.

To make it worse, when the invading army is indiscriminately bombarding civilian homes, schools, and hospitals, and furthermore declining to create humanitarian corridors for the evacuation of innocents and medical treatment for the wounded, there’s no longer time for sitting back and pondering the situation.

(Update: While I was writing this, Russia agreed to creating a humanitarian corridor. Ukrainian reactions are understandably cynical in the extreme. How it will work in reality is TBD.)

Still, even when we’re fairly certain that this or that set of actions is the best way to protect as many of the innocent as possible — even as we are, rightly, acting decisively in the best way we know how — we should remain open to alternate assessments and new information.

Um. No.  Bad idea.  You don’t fight totalitarianism by creating a totalitarian regime of your own.  Even as your country is taking perhaps very dramatic measures to assist in the defense of Ukraine in whatever way it reasonably can, please tread very, very carefully any time you are tempted to suspend a fundamental human right.

I’m not making a policy prescription here, by the way. I do recognize the validity of lawful, legitimate limits being placed on the regime that is actively killing and destroying a sovereign nation.  I absolutely support the right of private individuals and public institutions to refuse to do business with that government and its proxies.

Things like freedom of speech, freedom of assembly, and freedom from political tests are still important.  You can’t have democracy without them.

Ask yourself: How can your nation, or your particular institution within that nation, both help defend Ukraine and protect human rights generally?  You have choices.

#5 But we at least get to torture the super-bad guys, right?

No. Sorry.  The desire is understandable, especially if it’s your own family and community that is being massacred. But torture is actually intrinsically evil, all the time.

Rage is a normal response to genocide.  You can’t have your home destroyed and your family massacred and expect to feel lots of calm, rational thoughts about the complexity of the human person in a fallen world.

For the rest of us, though, it’s important not to fall into the trap of measuring our solidarity by seeing how much hatred we are able to muster.

You can be horrified by the slaughter of innocents, and you can act on that horror by taking whatever concrete steps to stop that slaughter as you are able, without therefore succumbing to the dehumanizing objectification of your fellow man.

#7 So basically you’re a closet Russia-apologist?

Nope.  I don’t claim any particular authority in saying so, but I’m a Psalm 144 girl on this one. 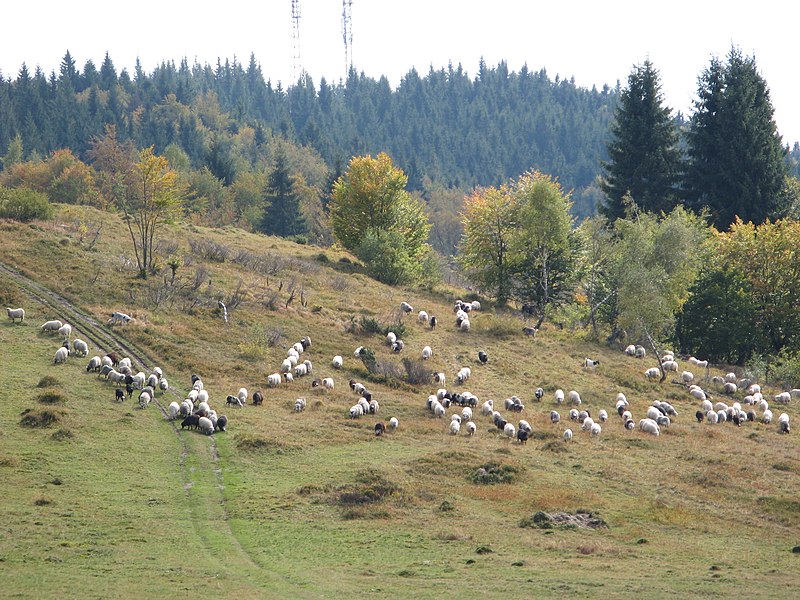 Photo of sheep on the mountainside, Rhakiv Pass, Ukraine.  CC 3.0. As mentioned in the psalm, yes?

Not the Best Friday Evening
On Friday evening, I got into Serendipity for her maiden voyage. I'd...
view all Catholic blogs