The Climate of Racial Suspicion

I want to comment on the video circulating now about the Black pastor who was arrested for being “suspicious” by watering flowers. I don’t know the details of this particular incident, but I have a story that I’ll tell in a second, and which relates to this one.  Moral of that story: SWPs (Suspicious White People) are a disaster for American civil society.

Okay so here’s my story, and for those who don’t know, I’m white, which is actually relevant in this case.

As it happens, my next door neighbors are also white.  Because they are not originally from this area, and because they are leaders in their church community, it tends to be someone from their church, rather than a family member, who comes and helps them out with odds and ends.

So one morning earlier this summer I was standing in my yard trying to figure out how to solve a gardening problem, and I noticed a woman I don’t recall seeing before, middle aged, Black, just kinda average looking, in the neighbor’s bushes. I assumed as one does in this situation: Neighbors must be out of town and she’s some lady from their church here to water their plants.  You can ask a kid to feed the dog but it really makes more sense to have a grown-up with a yard of her own to do the plants, and this lady looked like someone who probably knew how to keep a garden alive.

We were pretty near to each other, and one of us said hello. I think it was her, but I’m not sure.  I realized she wasn’t watering the plants but she was getting water from the tap, and maybe I noticed she had test tubes, so I went with my second guess, just curious, “Are you testing the water?”

So we did what one does next in that situation, we went on to have a conversation about water quality, infrastructure, which water plant gets water from where, that algae problem, how the city decides what taps to test (random), what a shame it is no one appreciates clean water as much as they should.  I think I probably thanked her for her service. (We do that here, too, if we have any sense.) And then she was done and we said bye (probably: “Have a good day!”) and she went on to her next stop.

There was not one single moment of that conversation that was in any way exceptional. This is just regular everyday social life. When the white guys from the county came out to repave, I had the exact same conversation, only about roads instead of water. (In their case, what block they pave isn’t random, it only seems that way.) It’s pretty much expected that during the standing-around-doing-not-much phases of construction or utility work that shooting the breeze is what you do. In a normal, healthy society, people talk to each other.

Except: I know about the SWPs.  I know that the video of some guy watering flowers for heaven’s sake and so a neighbor calls the cops? That happens.  I don’t know how much it happens, or where it’s more likely to happen, but I know it’s way too much.  Flower-related crimes just can’t be that high.

And that reality poisons everything. The whole time I was being completely normal to the lady from the city there to test the water, I was also aware that she might think I was talking to her because she’s Black and therefore I was suspicious of her.

Because SWPs call in the stupidest things, because they check bags at WalMart for Black people more and white people much less, because they call the cops on kids doing crap door-to-door polling jobs if those kids are Black and not white, because just “being Black” is somehow considered a justified reason to demand someone’s ID . . . normal conversations becomes fraught with suspected subtext.  In a climate of racist stupidity, there is no way to be normal, other than to suck it up and just be normal and hope that the other person doesn’t assume about you what she could correctly assume in other cases, or if she does assume it that at least it doesn’t wreck her day.

The climate of suspicion makes it almost political for me to even say that yes, really, it’s just normal to speak to people when you see them here. Sometimes I feel wildly rebellious and introverted and decide I’m not going to wave when that approaching vehicle gets close? But then of course I wave. You have to wave. You have to speak to the people you pass on the walking track. There is no way in creation that I could have been that close to the water-testing lady and not had a conversation with her. The whole South could have imploded from ugly manners if we didn’t speak to each other, and it would have been right to do so, because normal people in normal, healthy social cultures want to have normal conversations with each other, especially if it involves mutually complaining about that algae situation.

So what’s the solution here?

I mean, stupid people not being racist is the obvious answer.   But I think that, in addition, something practical is worth considering: Teaching people what is and is not actual suspicious behavior.

Being Black is not suspicious. It’s normal.

And the thing is, SWPs tend to be like, “Well, you know, sure it LOOKED like he was watering flowers, but was he reeeaallly?”

But seriously?  There are obvious differences between someone who is actually watering the flowers, or testing the tap water, or bringing in the mail for the neighbor who is out of town, or working that crap door-to-door polling job . . . and a person who faking.

You can learn to tell the difference between a wage slave standing behind the restaurant taking a smoke break and a mugger eyeing up potential victims in the parking lot. There are real differences in body language, in the actual activity that happens, in the pace of the coming and going . . . it is not the same.

We need this urgently. We have a crisis of actual crime not being recognized and not-a-crimes being called in and prosecuted, and it is wrecking our ability to just be nice people and not jerks all the time. 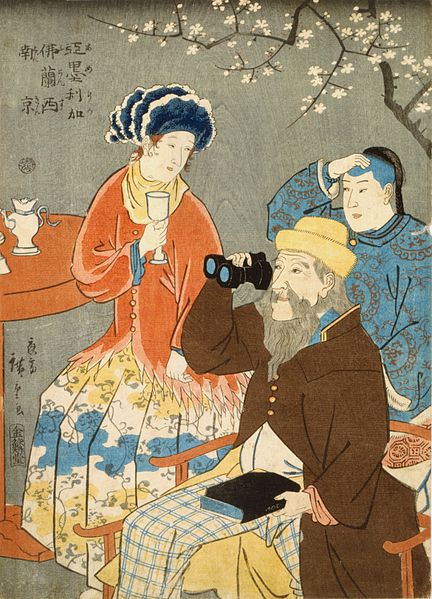 August 10, 2022
July-August Updates + Follow-up on that Dorm Story
Next Post

Catholic
Could the Pope Be Black?
Sticking the Corners

Catholic
Parsing Out the Physical from the Psychological in...
Sticking the Corners
TRENDING AT PATHEOS Catholic