18 And Pregnant With A 4.0: An Open Letter To Heritage Academy

Lately, I’ve been pretty critical of all things institutionalized Christianity. Today was the day I was going to write some good stuff (because there’s a lot of good stuff) but then this happened. So the good stuff will have to wait a bit.

An 18 year old girl ready to graduate with a 4.0 from a Christian high school has been banned from walking with her class at her graduation ceremony because she is pregnant.

Here is an open letter to David Hobbs and the rest of the community at Heritage Academy. 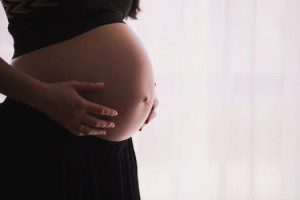 To Mr. David Hobbs and the Heritage Academy Community:

In the tradition of our faith, I wish for you grace, peace, and the greatest of all: love.

Love might be what you’re missing out on when it comes to Maddi Runkles, the 18 year old woman with the highly successful record at your school, who chose life and is carrying her baby to term. The young woman who, because she is pregnant, you will not allow to participate in her graduation ceremony.

You say that in discipline is love. I think you’re wrong. In your discipline is judgement, and shame, and condemnation. Ironically, when Maddi made an incredibly difficult decision — to carry her baby to term (the very thing, I think, you would encourage her to do, had you not been her principal and she came to you for advice way back when) you have decided to punish her for being “immoral”.

The kink in the hose there, though, is that you would not know of her so-called “immorality” if she had not made a moral decision with which I assume you agree. See how this thinking is so twisted?

You are missing the love here. You have an incredible opportunity to love Maddi, and you are choosing instead harsh judgement. This is reminiscent to me of a story I heard once….something about specks of dust and logs….perhaps you can help me remember?

You are missing the love here and the repercussions are wide and damning. First and foremost, you have the opportunity to choose grace and compassion and instead chose authority, shaming, and punishment. Oh, how my heart breaks for your hardened heart.

You are so stuck in your high-horse authority you forgot to get down on the floor where compassion lay, but your type of tower crumbles easily. And Jesus hangs out on floors. He’ll be there for the women who have had abortions, the ones who will have abortions, and the ones who, like Maddi, keep their babies — he’s crazy mad in love with all of them. He’ll fill the compassion hole you leave empty. Just be careful because the higher the tower, the harder the fall.

Third, you are irresponsible. You are a shining beacon of light on a hill, and you have chosen to shine that light on your own authority instead of on grace and compassion. While I understand you feel you have a responsibility to discipline and standards to uphold, you have let these harden your hearts, and squeezed the love right out of them. People are watching, and what they learn from you is that Jesus is harsh and unforgiving, a God who offers a catch twenty-two, no win kind of theology. You are keeping people from the grace-filled love of Jesus with your actions.

Plenty has already been said about the fact that Maddi is suffering greatly for her choice while the father is happily incognito. Such is always the way for women — there’s nothing new there, even though it is wrong. I do find it interesting to note, however, that your letter states that the board who decided her fate is filled with men. I wonder if a woman might have had a different perspective? Ah, c’est la vie. This, too, is nothing new.  A group of men debating and regulating women’s sex lives and bodies with nary a female voice in the room…where have I seen that before?

But I wonder if you realize that your punishment is entirely unnecessary? Do you not think that Maddi has suffered enough?

Can you not look at this young woman and only see her “immorality”? Because the fact is, you are immoral. I am immoral. It just so happens that her “immorality” does not hide in shadows but rather inconveniently presents itself as a bump in her belly, making her an easy target for the arrows you shoot from your tower. We are all immoral in our own ways, Mr. Hobbs. That’s why we all need Jesus.

I remember another young woman who was in a slightly similar situation. Her name was Mary. I think you are familiar with her.

You are missing the love here, but there’s still time. Not only do I encourage you to let Maddi walk in her graduation ceremony, but I also think you should acknowledge her for her bravery. I think you should wrap your arms around her in the love of compassion, not this so-called “love” of authority.

In fact, I suggest that you throw her a baby shower after graduation. How fun would that be? How loving? How pro-life would it be if instead of condemning Maddi, you help make it easier for her and for other women like her to have their babies, knowing they will be embraced and cared for, loved and helped if they ever find themselves in the same situation.

Would God not be glorified if Maddi, who chose LIFE, would be allowed to walk and celebrated for her choice?

I’ll start. I’m sending some diapers down to your school with Maddi’s name on it. You can throw the shower, and we’ll all send the gifts. If she gets any extras she can’t use, please still give them to her. She can use them for the organization she wants to start that will help young women who are in the same situation. If she’s not quite ready for that, I trust that she’ll donate them to an appropriate agency.

Either way, Maddi will know that every little baby butt that gets wrapped in each one of those diapers is a little love note from God saying “Well done, good and faithful servant. Well done, Maddi. With you I am well pleased.”

Grace, peace and love to you in the name of Jesus.

If you’d like to send Maddi a baby shower gift care of Heritage Academy, their address is:

I have been advised that people are already starting to send their packages! This is great news and a radical way to love Maddi. To make it super easy, someone suggested using Amazon:

“Sent the package. If anyone is interested doing it via amazon, I ordered diapers via Amazon, changed the address to the one Kerry has on her blog. I also chose the option of gift receipt, so that I could write a personal message which said: “LET MADDI WALK on graduation day WITH HER CLASS. God calls us to be people of Love. Celebrate this created life! He that is without sin among you, let him cast the first stone at her.” — BOOM! Thank you Kerry for spurring us on to be dangerous in LOVE. I hope their office gets completely FLOODED with an over abundance of gifts for Maddi.”

Thank you thank you!!! 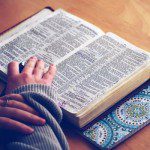 May 22, 2017
Why I Question Everything I Read About the Bible
Next Post 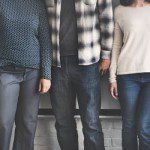 June 4, 2017 The Great Stuff About Christianity: An Update On Maddi
Recent Comments
0 | Leave a Comment
"nice article."
Brandon Roberts The Nail In The Coffin: On ..."
"There is no god. Stop wasting your lives on fairy tales."
Nixon is Lord Trump’s Transgender Genocide: Dude. You Can’t ..."
"Repeating your personal opinion, assumptions presumptions and suppositions fails to validate justify or defend your ..."
rationalobservations? James Cone, Judas and Twisted Souls: ..."
"You quoted Erhman and Murdock. I looked them up and gave you my opinion. Trying ..."
Bob Shiloh James Cone, Judas and Twisted Souls: ..."
Browse Our Archives
get the latest from
Progressive Christian
Sign up for our newsletter
POPULAR AT PATHEOS Progressive Christian
1