On Memes and Mermaids: How to Tell If You’re a Good* White Racist (And What Jesus Might Want You To Do About It)

It’s been a minute since I posted here, because I’ve been deep into writing a book all about how good people can also be crazy racist (Good* White Racist is due out in the spring of 2020). Now that I’ve come up for air from that happy little topic, I can see that the world still turns, I still need to get me some coffee and Jesus** every morning, and racism is still a thing in the United States. I know this because good* people I consider to be my friends are still posting racist shit, and white people everywhere are freaking out because a Disney character they all but forgot about is getting a reboot — and she’s black.

So this post will be one handy-dandy little pit stop to help you figure out if you’re a Good White Racist — and what to do about it — with the help of a ridiculously racist meme, a completely fictional character, and Jesus, who was, eh-hem, not white. Let’s get started.

We need a little background first. Last week, Nike and Colin Kaepernick drew the ire of conservatives once again when the company decided to pull a shoe bearing an early version of the American flag after the football-player-turned-activist complained about it. The flag most often credited to Betsy Ross — the one with a circle of stars on the field of blue, representing the original 13 colonies — was to appear on the heel of the shoe until Kaepernick had his say.

Cue the right wing frenzy: All those frail liberals are hurting my flag’s feelings!

Now, maybe I can’t blame them for not knowing this — I know I didn’t — but the Betsy Ross flag has been appropriated by explicitly white supremacist organizations. Of course, maybe conservatives did know this, and are perfectly fine with it. But let’s go ahead and give them the benefit of the doubt.

If you’re not sure you buy the relationship between the flag and white supremacy, check out this article in Rolling Stone magazine, which gives lots of links and evidence as to how assholes like the KKK have appropriated your beloved flag. Now you know.

So let’s get to the meme my friend posted. Trigger warning: stupidity, misogyny and blatant racism coming your way. 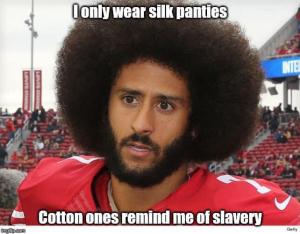 Let’s break it down, shall we? We’ll start with the obvious misogyny. I often find that racism is associated with toxic masculinity and patriarchy, because every good fascist stew needs some solid seasoning. The old, tired trope of somehow associating a man with anything feminine as a way to insult him is classic sexism, incredibly boring and totally not funny. The truth is women are bad asses, and any man should be proud to wear our panties, silk or otherwise.

But to then make a joke out of the horrors of slavery is privileged racist bunkum at its worst. I want to point out to you that “good” people don’t go around making jokes about torture, enslavement, or genocide, and neither should you. You know who does that shit?

Racists. Racists do that.

They are also the kind of person who is so steeped in their own privilege that they can not see their own inherent racism, or the way that this “joke” of a meme is a disgusting example of it. They can’t see how they’ve been distracted by the system of whiteness to demonize the wrong guy — because it’s not Kaepernick they should be pissed at.

The people they should actually be pissed at are the explicitly white supremacists who have appropriated the Betsy Ross flag for their own purposes. While we’re at it, they should also be mad at the system that has blinded them to their own racism.

Of course, there are those who would say the Ross flag was always owned by white supremacists, what with all the colonizing in our great American history and all, and there is certainly fodder for that discussion to be had. But for now, let’s just say it was a nice flag once, and now it is increasingly being associated with racist white supremacist groups.

So now for a little self-reflection: If you’re the type of white person who loves to point out how you have black friends, and you still think this meme is funny, you might want to check yourself: it’s possible you’re a Good* White Racist.

Speaking of Jesus and brown skin, let’s talk about mermaids.

Disney recently announced a live-action re-boot of The Little Mermaid in which they’ve cast the super talented black performer Halle Bailey, and pearl-clutching white Twitter went aghast. Seriously, the shock and frailty with which the news was met was nothing short of inspiring, when it comes to making mountains out of molehills and attempting to apply scientific genetic theory to a CARTOON. Given the frenzy, you’d think these people actually, like, had something to lose by a fictional, cartoon character being melaninized. Which makes you wonder what, exactly, about the browning of the ocean are they so scared of?

If the problem really is about being “authentic to the original character” — like so many of the “I’m-not-racist-hashtag-not-my-Ariel” camp say — then why has it been okay for decades for white people to play people of color, with not a contrarian hashtag to be found (see examples here and here)?

Here’s why: because in a system that privileges whiteness, we assume every single character we read about or see is white unless we are explicitly told otherwise. Whiteness is the norm against which we measure everything. And here’s where you’re going to get your knickers really twisted: it’s totally not okay for characters of color to be portrayed by white people, and it’s also not just totally fine but amazingly freaking awesome that the Little Mermaid will be black.

BUT REVERSE RACISM! You want to scream. THAT’S NOT FAIR!

And you know what? You’re right! The system has not been fair for a really freaking long time, and that’s why a black Ariel is exactly what the system needs to set it on the course to being right. For years and years and years blackness has been erased from positive imagery in the media, and it’s time to that to stop. There is nothing in the story of Ariel that insists she must be white, so it’s totally okay to make her black.

If there had been a real Ariel — you know, not a mythological character who was also a cartoon, for Pete’s sake — and in real life she had been black, it would not be cool to white wash her. And making her black might just teach us white folk that hey — human beings, with all our human emotions and problems and situations — we come in a whole bunch of beautiful colors.

Just like God. Just like God, who came down to earth in skin that wasn’t pale and Caucasian, but brown and Middle Eastern. The fact of the matter is if you love you some Jesus, you better be about loving some brown skin while you’re at it.

So you can ease yourself in a bit. Start with the mermaid, and work your way up to Jesus. Maybe by the time you get there, you’ll realize that maybe you have some racist tendencies you might want to check. Maybe it’s time to hitch up those silk panties of yours, admit that it’s time to stop sharing racist memes, and check your frail, whiny-ass privilege at the door (or the shore), and call the KKK and tell them to stop using your flag as a symbol for their hate.

After all, that’s what good people would do.

*Good people can also be hella racist. It’s a paradox I unpack in the book. It’s complicated and messy and really annoying, but it’s true.

**My spirituality is expanding exponentially and I will tell you about my crazy experiences someday. But I still love Jesus like crazy.

Want to know when the book comes out? Sign up for my newsletter (which includes writing I don’t post anywhere else) here.

Want to begin unpacking your own inherent racism? Listen to my podcast, White on White, here. Also listen to this episode of Invisible Truths, where I chat with my friend Ben Tapper about white identity. 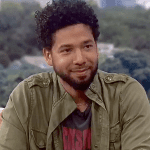 February 24, 2019
Who Gets to be Angry? On Jussie Smollett, Tamla Horsford, + Shaliyah Toombs
Next Post 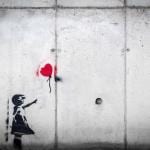 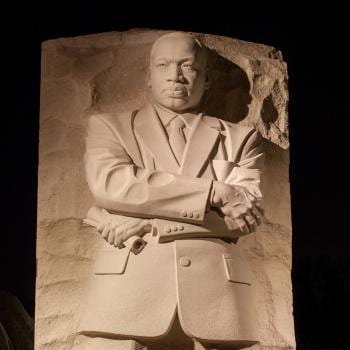