I was standing in a shopping mall parking lot on Black Friday, shoving bags into my car, when my phone pinged to tell me I had a Facebook message. It was from an old, dear friend of mine. “I’d love to read a piece someday about Jesus and what he said about justice, fairness, equity, accumulation of material wealth, etc. I hear and see so many “big business Christians” who seem to have no problem with this, and still go to church each week. Is that Christian?”

The irony of where I was and what I was doing at that very moment was not lost on me, and I have often pondered just how much we really honor that sweet baby Jesus by whipping out our credit cards to obtain the next cheap plastic thingy from China.

But I confess: my love language is gifts. I love presents. I love giving them, and getting them. I have never been the one to bemoan the appearance of Christmas trees at the mall, or Christmas carols on the radio, or piped in pine scent to give me that down on the farm for the holiday feeling. On Christmas morning, it’s true that piles of gift-wrapped treasures teeter beneath my tree, and I’ve always enjoyed the process of Christmas shopping and wrapping gifts while I watch Love Actually and eat peppermint bark.

It’s true, too, that as I’ve gotten older, some of the shine has worn off this process. Things that used to make the holidays so special have started to fall away. It was always one of the few times of year my brother and I could hang out and spend quality time together, but last year, after the election and years of absence, he finally just told me to consider him dead. My parents are getting older — dad is closing in on almost 90, and mom, though younger, has developed dementia and will be stolen from me sooner than I would like, even while she is still here. I haven’t actually shopped on Black Friday in years, choosing instead to go in the middle of a weekday, when everyone else is at work and there’s a chance of maintaining my sanity.

But I still love presents.

So what does Jesus think of that? Well, I think Jesus cares about what my heart is doing. He cares about whether I have tiny little altars in my heart, and who they’re for. What am I worshiping? What am I prioritizing? The thing about Jesus is he is a heart man — and little else matters to him.

We all know the kind of people my friend is talking about — these “Big Business Christians.” Some of them are just Christians who happen to be wealthy. But some of them are fueling the Church Business machine. They’re pumping funds all up in through that beast — and what comes out on top is all for them. These are the shiny televangelists who keep their hands squeaky clean — they don’t engage in the hard stuff in order to not be divisive. They keep a nice middle ground and a healthy bank account. Their smiles are blinding under the lights, glowing blue-white with their $400 brightening treatments and the promise of a prosperity gospel that bears little resemblance to the ministry of Jesus. These are the people whose multitude of books would be better suited for the self-help aisle rather than the Christian Living shelves, but the package they’re selling is to a niche market who thinks Jesus was white and wants them to be rich.

I’m not going to say that Jesus doesn’t want them to be rich. I just don’t think Jesus gives a shit.

Look, Jesus understands the place that money has in the world. His ministry required money, and scripture tells us that there were wealthy believers (most of whom, by the way, were women) who supported his work for the three or so years he was actively preaching, teaching and healing. Jesus knows money’s place, and he knows how to keep it in its place.

I don’t have a problem with a pastor making money — I just don’t want it to be off the backs of the people he or she serves. If a pastor has a side gig — even if that side gig is writing books — more power to ’em.  I don’t think it makes them evil if they have a healthy retirement account. It’s when they build an altar to that retirement account in their heart that things start to shift, and when they start making a retirement account (or a nice house, or a car, or whatever) some sort of physical manifestation that represents how much God obviously loves them that things start to get off track. That’s when we must ask — “Where are you leading your people?”

While I don’t think that Jesus’ purpose was to help us all get rich, I also don’t think he wants us to be poor. I think Jesus knows that poverty is not of God — it’s part of an oppressive, worldly system. In fact, I think Jesus gets pretty pissed off about poor people — especially when they’re in the midst of the wealthy. And you and me? We’re the wealthy. Even if you don’t feel all that rich at the moment.

I think what Jesus knew about money, and what he tried to tell us in the scripture, is that money makes it harder to see him. When we’re comfortable, when we’re feeling rich, it’s way easier to walk past the homeless guy on the street, letting him blend into the grey background of urbanity. The problem, though, is that Jesus is sitting next to him, and we miss it for the all the money.

There’s no room for a faith journey when you’re travelling in luxury. Faith journeys are scratchy, dirty little affairs. They are the stuff of the resilient. A faith journey — whether embarked upon inside or outside of “church” — is by nature and definition uncomfortable. It’s tent sleeping and sunburn, chapped lips and the not knowing where the next need will be met. Sometimes these are true physical journeys and sometimes, they are spiritual and emotional ones.  But the crux of the matter is they are never sure, or certain. They are filled with faith, and faith requires the experience of not knowing. Money makes life comfortable, so a faith journey becomes unnecessary.

That’s the danger I think Jesus warns us against. Jesus is a heart man, and he wants our hearts ready for an adventure.

As Americans, we do have an illness of wealth. In my kitchen, we have some of those huge bottles of water you put on top of a water cooler. Instead of the water cooler, though, we have this cheap battery operated pump that you stick into the bottle. When you want water, you just press a button, and the pump will start pulling up water out of the bottle. It’s cheaply made, though, and often falls apart right in the middle of the process, spewing spring water all over my kitchen floor and eliciting no shortage of curse words from me. I was in the middle of such a tirade the other day when I noticed Jesus there in the background, reminding me about people in the world who have to carry buckets miles away to a well, and then carry that heavy bucket back home. I was reminded of my wealth then — reminded that my idea of “hard” is incredibly different — and a little ridiculous — compared to others in the world.

It reminded me to watch my heart, and watch for altars. The question is — for me, for the shiny pastors with the extra-white teeth, for the wealthy Christian — would our hearts still follow Jesus when we’re uncomfortable? Would the shiny pastor’s congregation still follow him if all his wealth were stripped away? Or would the gospel he’d been preaching fall short without its trappings?

Because again, Jesus is a heart man, and he loves a heard ready for some excitement. 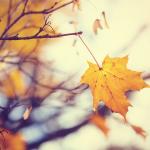 November 18, 2017
On Giving Thanks for Grief and Brokeness
Next Post 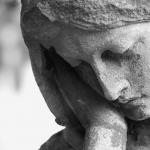