All The Heretical Things

My friend is in the middle of a shunning.

It is both imposed and self-imposed — I’ve seen it before. Her church is shiny and contemporary, and she was in a place of leadership (as much as a woman can be in a place of leadership in the Evangelical sphere). She is well known there, and beloved, and participated in some sort of indiscretion.  Broken, wounded and hurting, she is trying to piece her life back together — to figure out her motivations, why she did what she did, how to make things right, how to heal the deep hurt inside her that she fed by participating in this wrong thing.

And that’s when the upper lip of all those happy-clappy smiles turned into the faintest of snarls.

Soon enough, the forced letter of mea culpa, the removal of her Facebook profile, texts go ignored, the complete separation from the very congregation that should, at this lowest of low times, be wrapping its arms around her in small group love. She was forced by church leadership to remove herself. The church is told she is fine and being cared for, but she is like a CIA operative — poof!  Just gone, and the church body is left with vague emails to gossip about and a wall of silence thicker than my own skull, and that’s saying something. Her family — also hurting, also devastated — gone too. There is a huge, palpable emptiness left behind where this beautiful, broken family once stood.

An ad I’d placed for The Banquet had ended up on her Facebook page, and this woman I’d never met stopped by to tell me she hated the whole idea. I asked her why, and she said, “Because I am a conservative Christian, and therefore I don’t believe in social justice.”

I am in seminary right now, and every single belief I ever held is being uprooted and challenged. They call it my embedded theology, and it’s being ripped out and put in the proverbial shredder. This is not altogether a bad thing. It’s like I’m putting on the Sorting Hat from Harry Potter and figuring out which house I actually belong to. I seem to be landing squarely in liberation theology — at least so far and as much as a square can fit into, I dunno, a quadrilateral something or other (you theology geeks will get that reference).

But I still haven’t found my way back to church. I think of my friend and her shunning. I think I am afraid I will find people like the lady on my Facebook page there. People who can’t wait to snarl and tell me how much they disapprove (or worse and far more likely, smile to my face, and snarl behind my back). Because the truth is, I am one heck of a heretic, and you would know that, if you could open my brain like a book and see all my pointy questions and thoughts.

What if Jesus was a chakra master?  I mean, Christians hate the idea of chakras. Witchcraft! they cry. But what if chakras are real, and we all have them, and Jesus knew what to do with them? What if he healed all those people by going around manipulating people’s chakras?

The unnamed concubine in Judges will be in charge of everything. If the first shall be last and the last shall be first, when this kingdom we’re all waiting for finally does arrive, it’s the woman who was left there on the pages of my Bible, unnamed, owned by a man, raped to death, chopped into pieces and shipped to all ends of the biblical world who will be the boss of all of us.

Yeah, I think God is inside a tree. And in my cats, and the tomatoes I planted. I think all of creation holds a piece of its creator, and every time we exploit nature, we give God a little pain in her heart.

And speaking of her, God is just as much Her as she is Him. I don’t believe for a hot second that God is only a man, nor do I believe that “God has no gender.” I believe God has every gender. Get ready for some serious heresy, here: God is transgender. Or intergender. God is the entire, beautiful spectrum of genders. And God transcends gender. Now, I get that people say that God has no gender because gender truly is a social construct, but God encompasses all of creation, and so anything we can construct, God contains, and transcends, and dwells within. Including transgender people. So maybe we should stop treating them as horribly as we do.

Most authority deserves a serious side-eye.  I have seen a male pastor walk by a woman, and the woman bowed. She bowed, people. That is not just seriously messed up, it’s incredibly dangerous. I question everything, especially anyone who tries to program me with a “biblical worldview”. Whatever that is, it sounds slightly terrifying. I think I feel safer with a Jesus worldview, even though really, there’s nothing safe about Jesus’s worldview. I mean, look what happened to him. But no matter how many egos I bump up against in church, no matter how many people leave drive-by nasty comments on my Facebook page, Jesus still lures me in. He gets me every time.

I am totally judging the woman who left the nasty on my Facebook page. I know I try to be all hippie peace and love, and the truth is I put on a good front for all of you. The truth is I curse like a truck driver and I think the woman who left that comment on my page is a complete idiot who obviously can’t read the Bible she probably waves in other people’s faces, because if she could read it, she’d know that God is all about social justice. Like, it’s kind of God’s thing. As in, the whole point. But whatever. Let’s just make sure we wear our Bible on our pro-life sleeves so everyone knows how good we are while we pray that Trump blows up some North Koreans. These are the things I try not to write here, because I feel a responsibility. Some of you actually read what I write here for some reason, and so I try not to curse and try to model love. But in my heart of hearts? I think that woman is a straight up ass, and I don’t even want to repent about it.

I think my friend who sinned is still God’s favorite.  Since I’m not allowed to tell her directly, because she is complicit in her own shunning, and has removed herself from my life, I’ll tell her here: God is still mad in love with you, my friend. And if that makes me a heretic, so be it. I think Jesus is heartbroken over what you’re going through, but I think He’s also oozing love for you. I hope you’ll accept it and someday, forgive yourself.

Who gets to decide what goes in the canon, and why should I believe them? I think the canon leaves out a lot of important voices, and I don’t like that a bunch of people a long time ago get to decide what I know and read when it comes to ancient texts. Talk about condescending. If someone wrote something about Jesus, I want to know about it. I want to read it for myself and make up my own damn mind. I don’t need someone else to protect me from the apocrypha. God gave me my very own brain and I intend to use it, thank you very much. If voices were silenced way back when, I want to know why, and I want to hear them now.

These are all the heretical things that might collide in my brain at any given time, and this is hardly an exhaustive list. These are some of the things I wonder about in my spare time, in the quiet parts of my brain — these pokey questions, with their sharp edges. Probably most of all, I wonder if I’m welcome at church, what with all my points, literal and figurative.

And you know what? I don’t think Jesus minds one bit. I’ve surrendered to him a long time ago, and every day since, over and over again. I start my day telling Jesus how much I need him before I even get out of bed in the morning. I tell him again at night before bed, and almost every second in between is simply the proof of the matter. I don’t think Jesus minds me poking all these holes. I think he prefers it over apathy, and most likely over certainty.

Because I think if there’s anything that leads to sin faster than a bolt of smiting lightning, it’s certainty. 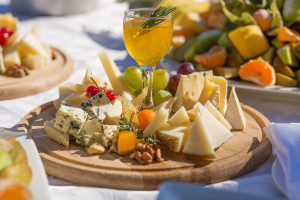 Hey! Thanks for reading. I’ve been away for a while because seminary and aging parents and summer with kids and life. But I’ll try to do better! I also started something called The Banquet.  It’s pretty cool, and people are liking it. Plus, we get to hang out together in a private FB group. You get the first month free so why not pop on over and check it out? I gotta pay for seminary somehow, yo. 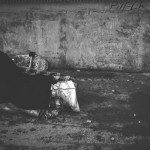 June 26, 2017
My Daughter's Daydream Is A Lesson In Kindness
Next Post 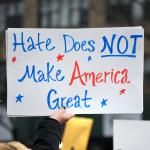