In the Jordanian desert, there is a little girl who has no hair.

I will call her Maya, though her protector asked me to not use her real name if I used her picture.  Maya, along with her brother, is a refugee.

She and her family have fled the bombings and violence of Syria to find refuge in the Jordanian desert. It’s a desert that, while beautiful, is colorless; hot in summer and cold in winter. Most of all, it is not home.

Really, it’s Maya’s protector I’d like to tell you about.

I mentioned Wafa Goussous in a previous post, and promised then to tell you more about her. Wafa is the director of the Middle East Council of Churches, an organization that has taken on much of the responsibility of caring for Jordan’s 2.7 million refugees. Jordan is bursting at the seems, and yet remains committed to the cause of caring for its “guests”, because in the Middle East, hospitality trumps fear. And in the Christian faith, it is, according to Wafa, a joy, and a requirement.

I met Wafa when I was in Amman a few weeks ago with a small group of other progressive Christian writers. We crowded into her small office, and I was unsure what to expect. The entire trip was a surprise for me, unlike many of the other writers, and I felt somewhat unprepared. One of my fellow travelers had requested this meeting; I was just along for the ride.

But soon, Wafa had my full attention. She is passionate and speaks plainly. She doesn’t sugar coat her words, but they are infused with an action-oriented faith in God that both inspires and convicts at once.

On September 6th, 2016, Wafa helped lead a historic event, when 21 churches from around the Middle East met to discuss, among other things, how to best serve the refugees.

“The world is becoming a vast refugee camp,” Wafa said that day. And the world is panicking in response. “We also panicked, but we decided to receive them.”

Because here’s the thing — in the Middle East, hospitality trumps religion. Tribal duty trumps cultural differences. And Jesus’ command to love our neighbor trumps, above all, fear.

I think America can learn a lot from the Middle East.

But even more important to Ms. Goussous is maintaining the dignity of her guests. These people are lawyers, business people, and doctors in their homeland — not terrorists — and the immense state of need in which they find themselves is devastating to their psyche. “I work to keep the dignity of the most vulnerable,” Wafa says. She wonders: How do we convince the world that it’s safe to accept refugees — to distinguish between the fear of the extremists (who are actually quite rare) and the regular people who are suffering?

This is important — because when the world does not welcome the refugee, we see a whole new crisis: people heading for the seas. And we all know where that leads — dead children.

The long term impact of this massive crisis is not just the food or clothing, though of course, these are necessary. Still — Wafa echos what I have heard whenever I speak to leaders of NGO’s: for a country as rich as ours, Americans could send much better cast offs. Our neighbors in crisis don’t need our dirty teddy bears or our stained tee-shirts. “If you give something you feel great, but really you’ve just decluttered your houses,” says Wafa.

If you give something you feel great, but really you’ve just decluttered your houses.

These types of gifts do nothing to maintain the dignity of the people we’re trying to help.

What’s important, Wafa maintains, is building the idea that they belong, even when they are so far from home. This is especially true for the children, who “will carry this experience into their future. No one knows how fragile these children are until you touch their innocence,” she insists.

So what can Americans do to make an impact? First, pray, then donate. Also like most NGO’s I’ve worked with, funds, rather than goods, are the best way to help.

I know it’s way less sexy to donate a few bucks online than it is to ship a bunch of used goods overseas, but the fact is that because of their connections, the intimate knowledge of the immediate need, and the ever-changing scope of the situation, an organization like the Middle East Council of Churches can do a lot more your dollar than they can do with your used tee-shirt.

In other words, they can feed and clothe a family and maintain their dignity at the same time.

We can also raise our voices about the refugee crisis, imploring our government to help and correcting misinformation when we hear it. According to Wafa, Americans must leave our comfort zone, go and visit the region, and understand that the information we’re being fed may not exactly be the complete truth. “Americans are a good-deed people,” she insists, “but their media is channeling them.” To join other good will people is essential.

Americans are a good deed people, but their media is channeling them.

I thought about that for a while: Americans are good deed people.  I’d like to think so, but are we, really?

When I think about how few refugees we as a country have taken in — are we, really?

When I think about the family member who sent me a vicious hate letter, left my life and said I was irresponsible for promoting gun control and shelter for the stranger, I wonder, are we, really?

When I think about how the leader of a major Christian university encouraged his student body to “end those Muslims before they kill,” I think, “Really? We are the good deed people?”

Wafa still seems to think so. I love Wafa and her hope, and her passion, and her pull-no-punches attitude.

I’ll leave you with a final thought from her, because she says it better than I ever could (emphasis mine).

“The work we [the MECC] are doing is a Christian moral duty — it is something that we do without much thinking. Our Christian presence and witness is not words, it’s translated on the ground, into reality; we speak little and ask our Lord to use us in helping and alleviating lives around us as much as possible.”

I think maybe we Good Deed Americans can do better.

If you are still having trouble finding a space in your heart for refugees, check out this powerful video by Alicia Keys. It’s totally worth the watch. 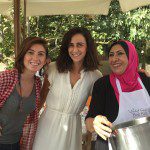 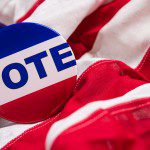 October 27, 2016 Why Hillary's Stance On Abortion Doesn't Make Me Want To Vote For Donald Trump
Recent Comments
1 Comment | Leave a Comment
"I find this a hard read, and I would never, ever discredit you, I could ..."
Jeanne Pope Trapped In Stone: Another #MeToo Story, ..."
"nice article."
Brandon Roberts The Nail In The Coffin: On ..."
"There is no god. Stop wasting your lives on fairy tales."
Nixon is Lord Trump’s Transgender Genocide: Dude. You Can’t ..."
"Repeating your personal opinion, assumptions presumptions and suppositions fails to validate justify or defend your ..."
rationalobservations? James Cone, Judas and Twisted Souls: ..."
Browse Our Archives
Related posts from Jerseygirl, JESUS