Hope In The Pews: Church, Trump And the Cult of Personality

Hope In The Pews: Church, Trump And the Cult of Personality January 14, 2018 Kerry Connelly

I’m starting to understand the whore of Babylon imagery in Revelations.

Donald Trump’s disgusting shithole comment doesn’t shock me. It doesn’t even sadden me, if I’m going to be totally honest. You get what you pay for, and Americans sold their soul for some glitz and fluff when they elected a man who would say anything to get the job he didn’t really want so he could stick it to the people he hates.

I get it, though. Well, I get it and I don’t get it. But I do get it. I maybe get how people got taken in. I get how people can be so sick and tired of their own personal realities that they can’t see past them to what’s really happening in the rest of the world. If I am having trouble putting food on my own table, how am I privileged? If brown-skinned people fly planes into my buildings, how am I not right to be enraged?

I get how people can be so overwhelmed by their fear, their lack, their own shit (if the ego cheeto can say shit, so can I) that they can stop seeing the grey spots in all their black and whites. Hell, I get overwhelmed by the laundry and how clingy my cats can get. Forget about when the money gets tight or things get hard or — oh yeah — when that guy in the mall grabbed my ass so hard it felt like I could forego my annual visit to the gynecologist.

I’m not happy about any of it — but the reality is I’m hardened to the reality that as a woman, there is always the opportunity for abuse to occur, and that as a white woman, I am incognizant of the further abuses my brothers and sisters of color bear every single day. These things are, unfortunately, so normalized in this American psyche that I have almost lost touch with the truest of rage. I play at rage. I am rightfully enraged, but the rage is tinged by a numbness; it bears a sleepiness along its edges, as if it has had a very long day.

But nothing snaps my rage out of its slumber like a church that celebrates predators.

If my rage is slumbering, it is also nauseous at the thought of quote-unquote good Christian people offering standing ovations to pastors who sexually abuse their teenage congregants and power to gilded narcissists who can manage enough smarts to manipulate the masses into ignoring their blatant predatory and racist (lack of a) moral compass.

When Andy Savage sexually assaulted Jules Woodson, he was 22 to her 17 and her youth pastor. One night, instead of driving her home, he he drove her to a secluded spot in the woods, unzipped his pants, and demanded oral sex from a young girl raised in a purity culture that never gave her the tools to tell him to fuck off or to defend herself. Because she was raised to practically worship men (especially men who were pastors) Andy’s power over her was effective to serve his desires. He got what he wanted, and he knew it was wrong. Why else would he immediately beg her forgiveness and make her swear to keep it all a secret?

But Jules, wonderful, beautiful, brave warrior that she is, knew something was wrong. She told the lead pastors of her church. They worked hard to keep the whole thing under wraps, quietly shuffling Andy off the staff for vague reasons that left the rumor mill churning — but not before they gave him a really nice farewell party in which everyone cried over the fact that he was being made to leave because of something Jule’s had done.

When Jules recently told her story on a Christian blog, Savage was allowed to stand in front of his congregation, tell them that there had been a “sexual incident” with a young congregant many years ago, and that he was sorry. The lead pastor stood up there with him, looking all pious and godly, and piped in at one point to say, “We’re so sorry that Jules hasn’t been on the same road to healing.”

The church gave them a standing ovation.

Unless you live under an orange-hued rock, you already know about what the man they call the president said about certain nations and the beautiful people who arrive from them on our shores. As I’ve already said — I’m no longer surprised, and my sad trigger is worn out. He just is what he is.

Apart from making the point that no, we can’t import a bunch of blonde bombshells from Norway for his amusement a la The Handmaid’s Tale (though in his fantasy life, he seems to think that people from Norway would actually think America is a better place to live), I’m not going to address his twisted racism or misogyny anymore (at least for now).

I’m calling out the church.

I’m calling out the quote-unquote Christian leaders on his “Christian Advisory Committee” (or whatever) who remained silent. S-I-L-E-N-T.  People like Franklin Graham and James Dobson who said NOTHING.

Because here’s the thing: these guys love Haiti and Africa when they can plaster their websites with little black faces so that their white constituencies can feel good about themselves. We’re sending alms — that’s Christian, right? Jesus loves us because we send $25 a month — the price of a cup of coffee each day! — to the little black babies. We are Good Christians!

But when that little black baby grows up and wants to come here to become a productive citizen? Or when she does come here and her baby wants to be — I dunno — president? Oh hell, no. That’s not what we wanted. You just stay in your little shithole country. Jesus didn’t mean we have to actually let you thrive. Jesus wants you to stay poor so that we’ll always have little black babies to send money to so we can feel godly.

I’m not sure what’s worse: the silence from these leaders, or what Robert Jefress, another stand up pastor on the “advisory committee” said about Trump’s comments. “What a lot of people miss is, America is not a church where everyone should be welcomed regardless of race and background,” Jeffress said. “I’m glad Trump understands the difference between a church and country. I support his views 100 percent, even though as a pastor I can’t use that language.” He went on to say that America is under no obligation to accept people based on need, and that if we want to allow entry based on race, that’s totally cool, too.

We already know the man-they-call-the-president is racist. He has proven that over and over again. But it was people who elected him, and many of those people go to church. So if we’re going to talk about blatant racism in America, we have to start with the body of Christ. Because if the church is the hope of the world, we have a really big freaking problem.

The central theme in these two issues — the cover-up (and later, that standing ovation!) of Jules Woodson’s sexual assault and the Evangelical buy-in of so many American Christians of racist Trump policies — is that American Christianity is worshipping not Jesus, but platform. Not God, but glitz and glamour. The American church has become a cult of personality — a Tweetstorm of veritable fluff. All hail the well-lit pulpit of the skinny-jeaned pastor, and do nothing to tarnish the image.

I finally understand that whore of Babylon imagery. We have become an empty shell of what we were supposed to be, and we are slick with the oils of greed, elitism, celebrity. The truth of what we have become is vile and stomach-turning.

Trust me when I say I have personally experienced this in both micro and macro levels. Stay silent. Don’t rock the boat. “If you don’t like it here, you can leave.” ( ←—— actually said to me once). The church no longer cares for its people — it cares about its personalities, its shiny programming to feed its starving souls. If the American church is a shiny city on a hill, it spends more time polishing its golden gates than it does letting people through them.

This is why I rarely call myself a Christian. I call myself a Jesus Freak. I long to be like Jesus to the world. I long for a church that’s like Jesus. And look — I get that church gets messy. I get that church has people and people can be jerks. But that’s a really different thing than allowing a twisted theology to be your guiding principle, and that seems to be what’s happening right now.

But I do believe there’s hope in the pews: some of you who are under the leadership of these pastors or pastors like them — you’re a little uncomfortable. You hear what they say, but it doesn’t sit right in your soul. You spend a lot of time trying to justify what they’re saying. Maybe you study scripture, and even though you can’t really believe that God would agree with this whole thing, you figure your pastor knows better than you. So you jump through some internal hoops to try and get your heart and your head to agree.

But still, your heart. Your heart says something is really, really wrong here.

Put down the hoops, my friend. Stand up and walk out. There’s life out here on the margins, and the air is sweet like Jesus. It smells of glorious African flowers and Haitian cuisine; it sounds like Irish music and is lit by Norway’s northern lights. Out here, you can breathe deep of air that’s not thick with hate. Here, the burden is light.

It’s where your heart is calling you. 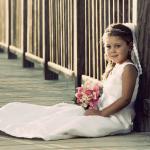 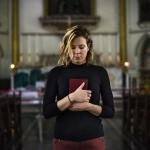