When Power Structures Crumble: On Bill Hybels and the Willow Creek Machine

When Power Structures Crumble: On Bill Hybels and the Willow Creek Machine May 25, 2018 Kerry Connelly

Power structures, when they are working right, are insidious creations. You swim in them, but you don’t even notice they’re there. They inform your thoughts, tamper with your perspective, and practically build your opinion for you. Here, think this. Think that, about this. Between real news that’s called fake and fake news that’s called real, it can be difficult to actually notice the manipulation of our souls by the power structures that surround us. And more often than not, the power structures are played brilliantly by and for the benefit of the usual suspects: white American men.

Back in the days when I was on staff at an Evangelical church, I had the chance to go to the Global Leadership Summit a number of times. I’ve always found it enjoyable and transformative.  I love leadership theory, and I did appreciate the nod to (partial) diversity that Willow Creek seemed to give with intention. But I’ve spent enough time in environments like Willow Creek to not be surprised by the allegations that have come out against Bill Hybels in recent months. I’m not surprised to discover they’ve been going on for years, and I’m not surprised that Willow Creek is hard at work to cover it all up under the ruse of “godly reconciliation.”

There are two issues at play here. First is Bill Hybels’ bad behavior. The second is the system that supports it, excuses it, and covers it up. Let’s start with Bill.

I don’t know Bill Hybels, but I know people who do. He is a demi-God in the circles I’ve run in, and frankly, I can see why. The broo-ha leadership stuff can be hypnotizing, almost cultish in its effect.  I’d heard the usual complaints about Hybels that I hear about most pastors of megachurches: abuses of authority; abusive behavior; abusive treatment of staff. High expectations, toxic maleness, all in the search for excellence in the service of God. Been there, done that, in more than one place. It simply followed that the same patriarchy that feeds the attitude that staff “serves at the pleasure of the pastor” and that a lead pastor “owns employee’s time” would also be one in which women were seen as ornaments to please the so-called-king. This is communicated in so many ways — big and small, direct and indirect, and yes, it even happens to women in leadership roles. Just because a woman has a title doesn’t mean she is protected.

I did wonder about Bill. After all, together with his wife he’s raised a daughter who is a powerhouse in her own right. I wondered if he was a guy who truly “got it” — who had done the work to wrestle with his own patriarchy, notice his own behavior, and actually question his own assumptions? Or are all those women he puts on the stage just for show? I got my answer in the 2016 Summit — the last one I attended — when he was interviewing Melinda Gates.

Melinda is a powerful woman in her own right and was mid-sentence, answering a question Bill had asked her about her work, when he interrupted her and said, “Wait — tell us how you met Bill,” (her husband, who started some computer company or something).

Question answered. I was incensed. I remember being so enthralled by whatever she had been saying, and I really wanted to hear her answer, that his ridiculous question was both incredibly annoying and ultimately condescending, as if her work were less important than how she met her husband. I was, in fact, so annoyed by yet another example of a woman being interrupted (it’s a thing) that I both tweeted and emailed a message to Willow Creek. I received a bland reply that didn’t amount to much of anything at all. (For the record, the moment is completely re-written in the watered-down, highly edited “interview notes” available on the GLS16 site.)

The thing is, it’s hard to be mad at men like Billy Hybels. There are true assholes out there, trust me. But there are men like Bill — and I know a LOT of them — who are simply so steeped in their male privilege that they really don’t think anything is wrong with their behavior. After all, they think as they clap themselves on the back, they’ve appointed women to their leadership team! Everything’s fine, they’ve got women in leadership. Our system must be healthy and functional. Just look at all the women! they think.  They’ll justify the lower pay with stories about men supporting families, and they’ll condone inappropriate remarks with “Oh, boys will be boys, maybe your skirt shouldn’t be so form-fitting. And by the way, learn how to take a joke.”

It all points to the construct of the male ownership of space. Men own everything that’s around them. They own the land (colonialism); they own the home (king of the castle); they own the subway train they’re on (manspread); they own the women in the room. I’m not saying they think this consciously; I’m saying that men have been socialized to believe that everything around them is for their conquest and pleasure, and no one has ever told them otherwise. No one has ever explained to them that they’ve got agency over that shit.

So when all the women who have been forced to endure touches or hugs they didn’t want, awkward innuendo, unwarranted comments while also dealing with the power dynamics of being interrupted in the boardroom, silenced in the office, and paraded on stage like some sort of social justice trophy finally say Hold up there a second, Skippy, I get why men like Hybels get all mad and flustered. Nobody ever told them about their own agency, and they’ve apparently not been able to figure it out for themselves. So they’re all shocked, as if their good intentions and desire to be understood is really all that matters. Then, as usual, and as what happened in this case, they start placing blame. And this is where the system comes in.

Hybels and men like him start to construct the narrative that there’s a huge conspiracy against them. They decide that all these independent women who seem to have stories that are eerily similar are colluding in order to bring them down.

You know. EVERYONE dreams of their biggest contribution to the world — the thing they’ll be most remembered for — to be the take down of a beloved, completely innocent pastor of a church. I mean, that right there is some material for your vision board, my friend. I can practically hear the affirmations. “I love destroying perfectly innocent men just for FUN!”

People: please. I can’t even with the narcissism.

And the system and structure that surrounds men like Hybels — in this case it’s the staff and elders at both Willow Creek and its Global Leadership Summit — that support this dysfunctional narrative. Instantly the women were called liars and colluders, and Hybels was made to look like the innocent — yet ready to forgive — injured party. Just last week (while, by the way, I was at an amazing conference fittingly named She Is Called) I got an email from the Global Leadership Summit that I found incredibly disturbing. Sent to those of us who have attended the conference in the past from Tom De Vries, it read, in part as follows. I have made the parts that I find troubling red:

As we discussed and discerned how we learn and lead through this situation, we reconfirm our commitment to:

Note that it is the women who are being asked to repent. Bill just gets reconciliation and restoration. There is no mention that the board seeks repentance from Bill Hybels. It sounds as if their minds have already been made up, so any “investigation” by this board is a farce. And it also bears the question: Restoration to what? The same old, same old?

You don’t get to “care deeply for women” while at the same time, calling them liars when they make claims of sexual harassment. The bottom line truth is that so many men — especially men in power, and double especially men in pastoral power — have no idea how their behavior is affecting the people around them.

I’m not saying this as an excuse, either. I’m saying this to call that shit out, and tell them to knock it off and get a clue.

Today, some of these women have issued statements on the goings on at Willow Creek (you can read them here, here and here). If you are going to say that you “care deeply for women”, I simply suggest that you read their words, and really listen to them. Take them in. Believe them, even for just a hot second.  Question the power structures that may be infiltrating your mind. Notice things like the way that email was structured, the quiet message it sent to your brain.

I believe these women. And I hope that Bill Hybels will enter into a true time of introspection and truth-telling that will lead to repentance and healing for all of the parties involved. Because people need grace.

But systems? Hell no. When a system is one that perpetuates abuse, that system needs to be figuratively burned to the ground. Demolished. Completely deconstructed and built into something healthy and new. But it starts with noticing.

The White on White podcast is now available on iTunes, Google Play, and Pocket Casts. (Search for Kerry Connelly on Google Play). Join us as we deconstruct whiteness and re-imagine a white identity apart from pseudo-supremacy. 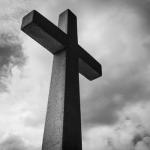 March 30, 2018
On Dying Deaths, Certainty, and Cross Carrying
Next Post

June 8, 2018 White on White: The Podcast that Imagines a World Without Racism
Recent Comments
0 | Leave a Comment
"I find this a hard read, and I would never, ever discredit you, I could ..."
Jeanne Pope Trapped In Stone: Another #MeToo Story, ..."
"nice article."
Brandon Roberts The Nail In The Coffin: On ..."
"There is no god. Stop wasting your lives on fairy tales."
Nixon is Lord Trump’s Transgender Genocide: Dude. You Can’t ..."
"Repeating your personal opinion, assumptions presumptions and suppositions fails to validate justify or defend your ..."
rationalobservations? James Cone, Judas and Twisted Souls: ..."
Browse Our Archives
get the latest from
Progressive Christian
Sign up for our newsletter
POPULAR AT PATHEOS Progressive Christian
1

'The redeeming effects of the Christian...
slacktivist
Related posts from Jerseygirl, JESUS