At the heart of Christian belief about the future is resurrection — the resurrection of Christ, the resurrection of the saints, and the power of God to make all things new. On this general idea we agree — and then the problems begin. What will a resurrection body be like? Tom Wright is not alone (Surprised by Hope, The Resurrection of the Son of God) in saying far too many Christians are Platonists: there’s something immortal in the soul that survives death and goes to be with God, and that if there is a body it’s so unlike the current body that we might as well be airy ghosts zipping around the vast spaces of God’s universe.

And this kind of eschatology leads to body image problems now, not to mention lack of care with creation and lack of concern with any sense of salvation having to do with creation and cosmos and new creation. Heaven is up there and out there while a more biblical view of resurrection is that it is bodily and new creation is the new heavens and the new earth and the new Jerusalem.

Tony Thiselton, in Life after Death, weighs in on resurrection. His chapter meanders a bit, stops for a long drink or two in areas that are already well-worn watering holes, but he draws some conclusions that are eminently valuable for a Christian understanding of resurrection. He makes five major points:

1. Resurrection life is not static; the living, ongoing God will create a new creation in which the resurrected will grow and develop and learn and … well… like God, explore deeper and deeper into who God is, who we are, and what love and justice and peace are all about. The Spirit brings communicative freedom (127), creation, etc, so we are to see in resurrection life an ongoing creative freedom into newness. LeRon Shults calls this “absolute futurity.”

2. Resurrection bodies is not what is all about; body is individuality and resurrection extends individuality into the kingdom of God — unique identities who are recognizable and who communicate and socialize. The body is about “visible expression” and “personal shape” (125).

3. Resurrection life is cosmic and corporate, and not just individual: it is a kingdom society.

4. Resurrection spirituality, or what Paul calls the “spiritual body” (pneumatikos), is animation and guidance by the Holy Spirit. The notion of “spirituality” at work in our culture has nothing to do — Thiselton observes — with how people talk about it today. The only kind of spirituality in the NT is Spirit-inspired and Christ-shaped. The “spiritual body” then is transcendent, christological and eschatological. 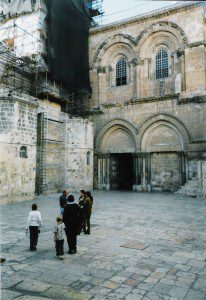