Mike Nappa did a survey of 845 Christian teenagers, The Jesus Survey, and asked them the deity question — in particular, he asked if they thought Jesus was God.

I have some quibbles with his own theological explanation and one of the questions, but the numbers below may surprise some but shouldn’t surprise those who minister to and alongside teens. My quibble about his first question: “Jesus, in some mysterious way, is both the Son of God and God himself.” Well, OK, but what does “Son of God” mean here? Human? Messiah? or God? He seems to think the first, which is an odd use of Son of God, and the second is surely very Jewish, and the third a later trinitarian use of the term. The question is not a good one, but it may do the job since it seems to be asking if Jesus is human and God. My quibble with his own explanation: he seems to think what Jesus thinks of himself (Did Jesus think he was God?) is the same as what Scripture says (Does Scripture say he was God?). These are two different approaches, and the two are not the same. His harsh language about “toilet habits” here doesn’t help.

On to the survey: Do Christian teenagers think Jesus is God?

1. Again, the positive statement got a stronger affirmation of orthodoxy than the negative one. 56% strongly agreed (Son of God and God himself) and 31% somewhat agreed. 87% orthodox teenagers! But when approached from a negative — Jesus was not God — only 62% strongly or somewhat disagreed. The numbers move from 87 to 62%.

3. 66% of teenage Christians can’t commit to Jesus being God.

5. Nappa’s synthetic conclusion: 24% of Christian teenagers [added: strongly affirm] the deity of Christ while 75% are on a spectrum of doubting his deity. 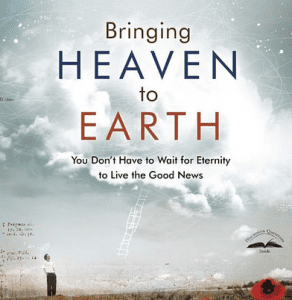