Tim Keller has spoken on a number of different occasions about his book  The Reason for God: Belief in an Age of Skepticism. Many of these are now available on the internet through YouTube and on other sites. As I work through his book I will link to a number of these videos as appropriate. The video today comes from a presentation in a question and answer interview format with NBC journalist Martin Bashir and with David Eisenbach who teaches at Columbia University and at the Manhattan School of Music.

The title claim of today’s post comes up at two points in this session, the first at 5:57  when Martin Bashir asks “Is God just a projection of our cultural circumstances?” The second comes at 57:29 when David Eisenbach asks “Why is Christianity so exclusive?”  You can drag to these points on the embedded video here. On the YouTube site there is an index in the description (click show more) that allows direct access to both of these segments.

Chapter one of The Reason for God considers the objection often heard that there can’t be just one true religion. The claim to exclusivity is clearly, or so many think, wrongheaded and dangerous. Religion is a culturally conditioned construct – Moroccans are Muslim and Americans are Christian because of the culture within which they are raised. In addition, the arrogance arising from the conviction that one has access to absolute truth is responsible for much of the evil in our world. Many people believe on some level that religion should be outlawed, condemned, or at least relegated to a purely private sphere of life.

Keller suggests that it is easy to show that outlawing religion is generally ineffective. Condemnation of religion is only possible if one holds to some belief system – and all such systems require a “leap of faith” resulting in an inherent inconsistency. Why condemn one believe system and not another? Privatization is never possible as everyone, no matter what faith or creed, brings a value system into the public discussion.

There is a lot in this chapter worth discussing, but I would like to concentrate on one particular point from p. 9-11 in the book or 5:57-9:10 in the video above – a point that has come into focus quite clearly for me in recent months.

In the video Martin Bashir asks:

5:57 Isn’t it true that the notion of God is simply a projection of our own cultural circumstances. For example, if you were brought up in Pakistan you might well call yourself a Muslim as my parents were. If you were brought up in India, you might call yourself a Hindu or a Sikh. These are projections out of the natural culture in which people live. In your book you’re saying well actually the creative order of things points at God, I’m suggesting to you that actually God is a projection ourselves from our own cultural circumstances. Isn’t that true?

7:16 In other words, what you’ve proposed proves too much and it reminds me of Peter Berger. Peter Berger in his book … A Rumor of Angels he has a chapter called Relativizing the Relativizers. … Peter Berger says in Relativizing the Relativizerswhat you actually just said. He was one of the founders of the sociology of knowledge school and the sociology of knowledge says largely we believe what we believe because of our social plausibility structures, that is we are surrounded by people who  also we admire and we need and they all believe this and therefore that makes that belief plausible.

Now here’s what he says then. He says that once you decide that all beliefs are to a great degree socially constructed you have to realize that that belief must be not immune to what you’ve just said. That is, that belief must be to a great degree socially constructed. I’m an academic, he was saying, I live in a certain milieu, I’ve got all kinds of other people that I admire and respect. So he says, as soon as you realize that the idea that all views are relative is also relative, that all views are socially constructed is also socially constructed, we’re back to square one. We’re chastened, we now know of course yes, we’ve got to be careful, its hard to find the truth. But the fact is we’re back to square one. We still have to decide which of all of these competing claims is more reasonable than any other. And so we may not be as haughty now, but we still have to make that decision. And you can’t  say because I was raised in a particular culture therefore all things are relative. That very view of course would be relative and therefore back to square one.

This is a Key Point. Christianity, scientific materialism, and secular humanism are all experienced in the context of a social structure with a history of transmitted knowledge. The truth or error in any of these positions is not based on this relatively clear fact of human society. This is a hard concept to grasp.

I spend most of my professional life interacting with very smart people for whom the ground assumption is secular scientific materialism. It is in the air and the water, the operating assumption in almost all discourse. In this social environment there is a pervasive attitude that relegates religious belief to a sometimes dangerous socially constructed myth, and one which any reasonable (i.e. intelligent, educated) person will realize we have outgrown. The fact that I consider these people friends, respect their learning, and enjoy being a part of this community does not make religious relativism or scientific materialism true. The implicit condemnation of religion is a socially constructed view.

The post last Thursday Soon and Very Soon was a lament, both for a friend and for church as extended family. I believe quite deeply that the church as extended family is a very important part of Christian life. But the fact that I respect the many Christians I have known and that I enjoy the community of a local church does not make the claims of the Christian faith true. A commenter on Tuesday’s post In an Age of Skepticism noted quite correctly that we need to be searching for God, not the people of God. This doesn’t devalue the community of believers, but it does put the emphasis in the right place.

In the comments quoted above Keller brings this around in a productive direction. We’re chastened, and we’ve got to be careful, but we still have to decide which of all the competing claims is more reasonable than any other. The claim that any given position is socially constructed cannot be used to determine truth.

The truth and the community of believers. At the end of his interview (about 30:52 in the video) Martin Bashir puts one last question to Tim Keller: “Are you resolutely convinced today that Christianity is true?“

Yeah, more so than ever. … It seems like three things have to come together for you to be convinced that Christianity is true. There’s an intellectual, a personal, and a social. … And until the intellectual work comes together, the personal need comes together, with a community of people you could imagine yourself being a part of who are Christian, Christianity isn’t plausible. That’s where Peter Berger is right, there’s a social aspect to the plausibility of anything, but there has to be a reasonable intellectual aspect and there has to be a personal resonance. And those three things are stronger than they’ve ever been in my entire life.

The church is important. The church as extended family is important. And never more so than when the surrounding culture is pushing the social plausibility of atheism or agnosticism with no holds barred.

How can we make a claim that Christianity is the one true religion and we are the people of God?

Is Christianity simply a socially constructed myth? How would you argue against this charge? 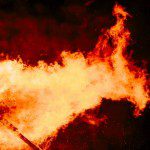 January 24, 2013 Christ Presbyterian Church, Edina
Recent Comments
42 Comments | Leave a Comment
Browse Our Archives
get the latest from
Evangelical
Sign up for our newsletter
POPULAR AT PATHEOS Evangelical
1