His Greatest Imprints (by Jonathan Storment)

Time for our readers to offer a big congrats to Jonathan and Leslie for the arrival of their 4th child!

If you aren’t from Churches of Christ, then you probably haven’t heard of the Siburt family, but inside the tribe I belong to, they are like the Graham family of our movement.  Specifically Charles Siburt, who spent his entire life serving, recruiting and blessing ministers for local churches all over the world.  Despite having severe physical limitations (including being legally blind) he traveled the country serving local churches.

Two years ago Charles lost his life to a rare form of cancer, leaving behind hundreds of churches and ministers who will miss his encouragement and wisdom.  But I think his greatest legacy is his two sons, Ben and John.  Because the greatest imprint he is leaving behind are children who knew deep down in their bones that they were good and loved by their dad.

Over the past few weeks, I have been writing about Paul’s famous chapter on Love, specifically talking about what it feels like to be inside of Christian love, and today I would like to end this little series of blogs with the simple observation that Paul assumes we would love our fellow Christians in an even richer way than we love our physical families.

I think this is what Paul was getting at in every church he was setting up, and I think it is why he pauses in the middle of his profound and painful book of 1st Corinthians to remind the struggling Christian community what the target was:  To be a loving community that doesn’t delight in evil, or keep records of wrongs, to be patient and kind and long-suffering with each other.

I would bet at this point in writing the letter to the church that he founded, Paul understood what it meant for love to persevere.  But I would also bet that he did it because he was the beneficiary of Christian love, specifically that part about how “Love always hopes”

It is important to remember that the person who penned these letters was once the very kind of religious bully that many of us are worried about when we talk about submitting to a community of faith.  Paul shows up in the New Testament first as someone who is going to great lengths to squash the young Jesus movement.  He watches people stone the first Christian martyr, and then he goes off on a mission to create some more.

But the same light that shows up in Genesis 1, shines down on the Damascus road and Jesus wrecks Saul’s world.  But, and here is the part that is stunning, God doesn’t restore Saul solely through his experience on the Damascus road, God gets a guy named Ananias to go to the recently blinded Saul, and, if that is not enough, God asks Ananias to go to a house owned by a guy named Judas… a name that had recently gone out of favor with Christians.

Ananias responds to God’s command by reminding the LORD just how bad Saul was and how dangerous this mission would be, but eventually Ananias goes.  He gives Saul some food, baptizes him, and then Ananias fades from the pages of the New Testament with just that brief cameo.

But Ananias has shaped us in more ways that we know.  I have a hunch that whenever Paul is writing about Christian Love a few decades later, he has Ananias in the back of his mind, specifically when he thinks about a Love that always hopes.

Here is a man who knew Saul’s past very well, but he wasn’t able to just sum him up as if his past was all there was to know about him.  And the really incredible part is that the first word of Ananias to this would-be killer is …“Brother”.

Of all the truths about Christian love, I believe this is the one that stands supreme. It is what makes us capable of humble self-awareness and vulnerability.  It is what undergirds our ability to expose the worst parts of ourselves to the people around us, despite the fact that they may wound us even more than we might wound ourselves.

It is just this…God the Father is like Jesus, and Jesus is very, very good.

In the Gospels, Jesus never treated people as if they could be easily summed up by their disease.  He is not disgusted by anyone or anything.  The very people that the Hebrew Scriptures had singled out as unfit or unclean were the same people that Jesus addresses as “Daughter” and “Son”

And Paul is trying to do for the rest of the world, what Jesus did in Israel.

In his 13 letters, Paul calls Christians “brother” or “sister” 139 times, and he refers to God the Father 63 times.  Most of us read that language as though it was a part of his punctuation, but it is at the heart of what Paul is trying to do.

I think Paul uses family language so often because it was the first language used by Christians toward him, including Stephen asking the “Father to forgive their sins” and Ananias calling Saul a “Brother”.  Paul now knows that how you treat your siblings is directly related to how you view the Father.

Back to the Siburts, Ben Siburt is a friend and co-worker of mine, and a few months ago Ben was talking about why the family language of the New Testament means so much to him.  Specifically Ben was saying that it was obvious reading Paul’s letters that he writes from a deep sense of the love of God in his life.

Ben said, “We all wrestle with insecurities in ministry, but when we operate out of being assured of God’s love then we do it with boldness and courage and remember who gives us our real grade. We find like Paul that God’s grace is sufficient, period. I had the gift of a dad that taught me that kind of foundational love. Many ministers and church members don’t have that gift, but that is why Paul wrote all those letters is because when the church is the body of Christ then people find that love in church even when they did not have it at home.”

In the same way Jesus ministered out of His baptism an affirmation from a Father who loves Him, and that same love spilled over to all the misfits of the world, including Paul.  That is the kind of love Paul is trying to describe and embody and create communities around.

Right before he passed away, Charles gave Ben a card that had just one sentence on it.  Ever since he told this story to me, I have said this sentence to my own kids almost every day.  It is a sentence that I think we all long to hear.

Ben opened up his final card from his dad, and it simply read:

“I have always loved being your dad.”

There are many places to do ministry from, but the greatest is love.

October 30, 2014 The Ultimate Modern Theologian?
Recent Comments
2 Comments | Leave a Comment
"Thank you for your share. Useful. Yanrefitness https://www.yanrefitness.com/"
Amber Papers Be Gone?
"As a single Christian who has enjoyed, and still enjoys, that life--and has "heard it ..."
CelestialChoir A Single Man on Gender Roles ..."
"I used to use The Navigators Bible schedule to track where I was at, but ..."
61RAB Reading the Bible Fast and Slow
"Hello Matthew,thank you for your response, and I do understand. I'm sorry for my confusion ..."
Christiane Smith Reading the Bible Fast and Slow
Browse Our Archives
Follow Us!

Evangelical
Mary and Me and Complementarianism (by Ruth Tucker)
Jesus Creed 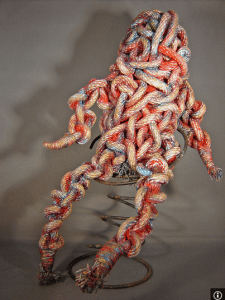