Is it Really a Church You’re Leaving (Sean Palmer) 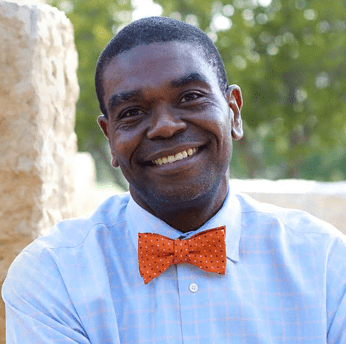 Is It Really A Church You’re Leaving? (by Sean Palmer)

Sean Palmer is Lead Minister at The Vine Church in Temple, TX.
He is a sought-after speaker and teacher.
You can read more from Sean at www.thepalmerperspective.com
and follow him at him on Twitter, @seanpalmer.

If there’s one thing everyone wants, but few people work for- it’s church and community.

You can’t swing a dead cat in the Christian blogosphere without someone – regardless of theological persuasion – writing, and sometimes even arguing, about community.

For example, bloggers and theologians have long traded salvos regarding when someone can rightly or wrongly shake the dust off their feet and exit their local church.

I’ve been on both sides of the equation. My congregations have lost people and gained people for good and bad reasons. The only thing that can be stated with any degree of certainty is that good and bad reasons exist. Our difficulty, though, is that these decisions (should I stay or should I go?) assume that folks have left or are staying in what the New Testament envisions as a church in the first place.

Something inside me thinks the argument, on both sides, about abandoning your local church or not, reveals our woeful lack of understanding about what church and community are and are for.

Listen carefully: If there is one institution in our culture that is specifically designed to remind us that we are not, in fact, the center of the universe, it’s the church.

The Apostle Paul spent his entire ministry career hashing out one central problem – the Jew/Gentile issue. To make a long story short, these two groups had trouble getting on.

There was suspicion, distrust, issues of law and religious superiority, and so on. You can’t read a letter of Paul’s without him addressing this specific and tense issue. Paul’s instruction: Get over yourself! Accept each other as Christ accepted you both and get busy about the “ministry of reconciliation.”

What does this have to do with your church, you ask? Well, community is not about surrounding yourself with folks who think like, act like, dress like, and worship like you. At the heart of community is the Other. Community is a body of believers joining God in God’s mission (2 Cor. 5:16-21; Gal 3:15-29; Eph. 2:11-22; Romans 12).

The way Paul sees it, if your body lacks inclusive diversity and lacks meaningful engagement with God’s mission, you have something, but it may not be a church.

You can have a group, you can have a club, you can have people over for dinner, and sit in your living room singing, but that’s not a church. You can even have support and fellowship but you can’t have a church. Plenty of people claiming no kinship with Christ do this all the time, but they don’t call it church. Evangelical ecclesiology has dropped so low that we now believe that any group of people with any shared worldview is a church.

My liberal friends are very open to the idea of a church that embraces the Other. The Other is beloved as long as that Other is oppressed, poor, marginalized, a minority, or disenfranchised. The Other who is a conservative, a traditionalists, a neo-Calvinist, or just an all out jerk, is more readily seen as the opposition than the Other.

Paul seems to think (again, read his letters) that being in the presence of the Other – even the annoying, conservative Other – has its own value.

Could it be that our friends only have so much to teach us and there is great growth available in listening to and being challenged by those who try and test us? This is one of the reasons we need church, to encourage us to be around people we don’t understand, so we can become the kinds of people who seek first to understand.

You cannot call something “church” if everyone is like you or not enough people are like you. That’s not community, that’s not reconciliation; it’s something else. A group of people made predominantly of individual’s of your own choosing isn’t a church, those are friends.

I know the “leave church” crew bristles at being labeled “selfish” and as full-participants in consumer Christianity. They argue the characterization may be unfair, but I cannot imagine how anyone can perform the ministry of reconciliation with Others if they cannot do so on the same pew with Others. Indeed, if we cannot reconcile through faith communities, we cannot reconcile at all. There is no such thing as selective reconciliation!

Who is the Jew to your Gentile? Paul says you can’t be church without her, without him?

At the same time, many of my conservative friends who constantly urge us to remain in church – save their few precious reasons – should understand the difference between loyalty and church. And sometimes, you just want loyalty. Loyalty says “stay, stay, stay, unless you have some exceptionally good reason to leave,” but Christian community is broader and more meaningful than staying for the sake of staying.

Community is the Spirit of God moving the church towards God’s ultimate aims for all of creation. I was raised in churches that grew and maintained themselves through the inertia of brand loyalty. As more people came to different conclusions regarding privileged texts, my movement has receded. Loyalty, for most, is a poor long-term motivator. Christian community was never built around loyalty, but mission. Pharisees were loyal, that’s partly why they missed God’s mission. If a church loses God’s mission it has ceased to be a church. Again, that’s something different – a Bible study club or mutual edification society perhaps.

We cannot fool ourselves into the misguided belief that because most of our congregants agree with the contents, people, and speech of a local body that that means they are a church. Loyalty does not create a church and those banking on allegiance should not be surprised if those interested in God’s mission pack up and head out.

In the hullabaloo around folks leaving and staying in church, few of us have asked whether a church is what folks are leaving or where they are staying. A few hymns and an open Bible don’t make a church.

Churches are all-inclusive, diverse bodies deliberately joining God’s mission. If your local congregation is that, stay. If it’s not, then it’s not a church in the first place.

This is the Most Dangerous Mission Book in...
At best, A Just Mission is a missed opportunity. At worst, it’s...
view all Evangelical blogs
What Are Your Thoughts?leave a comment