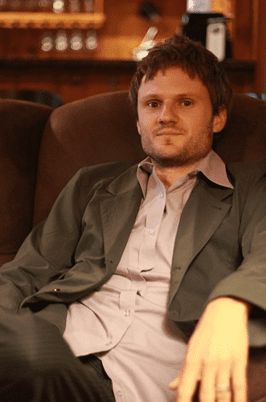 In a most fascinating study by Jamin Hübner, called “The Evolution of Complementarian Exegesis,” Priscilla Papers 29 (2015) 11-13, we are treated to specific examples of complementarians (=hierarchicalists, =patriarchalists) shifting their views on points of exegesis. The changes are the result of further study but the conclusion Hübner draws is that complementarians have not had as stable an exegesis as many think.

[All citations are from the pages above. Image credit]

[1979] We have concluded that… 1 Timothy 2:12 is intended to eliminate women from the office of elder (that is, women cannot occupy the official teaching-ruling office of the church).”

[1980] It is difficult to avoid the conclusion that Paul cites Eve’s failure as exemplary and perhaps causative of the nature of women in general and that this susceptibility to deception bars them from engaging n public teaching..

[2006] It may be that Paul wants to imply that all women are, like Eve, more susceptible to being deceived than are men, and that this is why they should not be teaching men! While this interpretation is not impossible, we think it unlikely.

[1995] Appointing women to the teaching office is prohibited because they are less likely to draw a line on doctrinal non-negotiables, and thus deception ind false teaching will more easily enter the church.

[2005] He states of his former view, “it seems that this view also strays from the text, even if one agrees that such differences exist between men and women. If Paul argued that women were deceived because of innate dispositions, the goodness of God’s creative work is called into question.”

[1991] He gave three arguments to show that the term “head” (kephale) in 1 Cor 11:2-16 means “authority” and not “source.”  In his 2005 essay in Two Views on Women in Ministry, however, he opened up to the possibility “that kephale in some contexts denotes both ‘authority over’ and ‘source.’

[1998] “Whenever we have seen this verb [authente0] occur, it takes a neutral sense, ‘have authority’ of exercise authority,’ with no negative connotation attaching to the word itself.”

[2004] … his position changed so that the term “is primarily positive or neutral.”

One obvious implication is that complementarians should be careful in proclaiming to possess a sure foundation that evidently does not exist. As long as interpretations keep changing in substantial ways, interpreters ought to exercise all the more caution about wielding such interpretations to prohibit women from proclaiming the gospel to men.

February 16, 2015 The Primacy of Pastor-ing (by T)
Recent Comments
49 Comments | Leave a Comment
Browse Our Archives
get the latest from
Evangelical
Sign up for our newsletter
POPULAR AT PATHEOS Evangelical
1

Should Christians Fight the Culture or Try to...
A controversy has broken out among evangelical Christians on whether Christians should...
view all Evangelical blogs
What Are Your Thoughts?leave a comment
Copyright 2008-2021, Patheos. All rights reserved.