Forgiving a Nazi Perpetrator: The Story of Eva Kor

So today after the trial session concluded, I [Eva Kor, concentration camp survivor] went up to Oskar Groening [Nazi Auschwitz guard]. He wanted to stand up but I said, “Please don’t, we do not want a repetition of last time.” I just shook his hand and said, “I appreciate the fact that you are willing to come here and face us. But I would like you to appeal to the old Nazis who are still alive to come forward and address the problem of neo-Nazis in Germany today. Because these young misguided Germans who want Hitler and fascism to come back — they will not listen to Eva Kor or any other survivor. You can tell them you were in Auschwitz, you were involved with the Nazi party, and it was a terrible thing.”

As I was talking to him, he grabbed me and gave me a kiss on the cheek. Well I probably wouldn’t have gone that far, but I guess it is better than what he would have done to me 70 years ago….

For the life of me I will never understand why anger is preferable to a goodwill gesture. Nothing good ever comes from anger. Any goodwill gesture in my book will win over anger any time. The energy that anger creates is a violent energy….

When tragic things happen, we have to sit down and discuss, what are the options for the victims and for the perpetrators? Most people are only here in court to accuse him of things he has already admitted. So now what? I don’t think we should raise a statue in his honor, but he can serve as a good example to young people that what he participated in was terrible, that it was wrong, and that he is sorry that he was part of it. Now there is a message that has some usefulness for society….

My ideas in life are very different, I know. I am in the minority — maybe a minority of one. I know how society looks at it, but as I look at society, I do not think it is working very well. So what I am saying is, maybe we ought to try something else. And my idea is for people from the victims’ side and people from the perpetrators’ side to come together, face the truth, try to heal, and work together to prevent it from ever happening again. 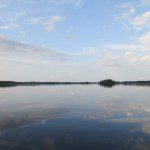 April 30, 2015 Galatians in Spanish
Recent Comments
2 Comments | Leave a Comment
"This is a really weak take on DBH's arguments. I dont understand the impulse critique ..."
zech Reviewing David Bentley Hart
"So because 1-9 genesis referes to penis and then vagina. Therefore we can deduce that ..."
Jostein Syvertsen Yarhouse And Gender Dysphoria
"In some of the TTTE episodes pride goes before a fall crops up and that's ..."
Erica L Thomas the Tank Engine (Deconstructed)
"TTTE helped me learn to distinguish feelings, something I had trouble with as a kid. ..."
Erica L Thomas the Tank Engine (Deconstructed)
Browse Our Archives
get the latest from
Evangelical
Sign up for our newsletter
POPULAR AT PATHEOS Evangelical
1 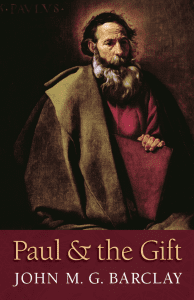