Rethinking Male-Centered Translations of the Bible

By Jon Zens is an American author, speaker, scholar and theologian on Christian topics. Zens is best known for pioneering New Covenant Theology, which sees the entire Bible as a revelation of the gospel of grace fulfilled in Jesus Christ. Jon has been the editor of Searching Together since 1978. He has a BA from Covenant College, an MDiv from Westminster Seminary, and a DMin from the California Graduate School of Theology. Jon and his wife, Dotty also have a ministry that aids women who have been taken into the sex slave industry.

And by Kat Huff has been writing prose, poetry and articles for years. Kat also blogs at Harvest of Pearls at kathuff.com. She is part of the Searching Together editing team, and lives in Nashville, Tennessee.

A multitude of Bible translations exists, each with their own interpretation of what the biblical authors “felt” or “thought” was most important. Therefore,we must be diligent, so that when we discover a bias that has changed the meaning from the Greek word so that it implicates something other than the intent of the original author, we then perk up our ears to discover the truth.

The basic Greek word for “humanity” is “anthropos.” This is a gender-inclusive word. In many translations, “anthropos” (singular) and “anthropoi” (plural) are translated as “man/men.”

“Therefore it says, “When he ascended on high, he led captive a host of captives, And he gave gifts to men.” (NASB version)

The Word:
The Greek word here is “anthropois,” the plural form of “anthropos.” It is not a gender-specific word.

Reality:
“Therefore it says, “When he ascended on high, he led captive a host of captives, And he gave gifts to people.”

The above may not seem important, but let’s remember that in his letter to Ephesus, Paul writes about important gifts of function in the body of Christ–“apostles, and some as prophets, and some as evangelists, and some as pastors and teachers.” (Ephesians 4:11) Are only males included in these functions? Phoebe was a deacon in the ekklesia in Cenchrae; Junia was an apostle (Romans 16:1, 7); Philip had four virgin daughters who were prophetesses (Acts 21:9).

A Sentence of Paul’s Correspondence Labeled as 2 Timothy 2:2:

“The things which you have heard from me in the presence of many witnesses, entrust these to faithful men who will be able to teach others also.” (NASB)

The Word:
The Greek word here is “anthropois” (plural), and it is an inclusive word which embraces men and women.

Reality:
“The things which you have heard from me in the presence of many witnesses, entrust these to faithful people who will be able to teach others also.”

Upon the Ground of Men?

Biased and wrongly translated non-gender words often become the norm, because those mistranslations are read over and over again. And usually no thought is given to the divisive implications for the body of Christ.

Now, if you are thinking that it doesn’t matter, because women consider themselves to be included in “man” or “men,” I think the reality of our lives shows just the opposite. I ask you the following questions: Do you, brother, open a door labeled “women”? Do you, sister, generally shop for all your clothing needs in a store area labeled “men”? If you do, then never mind about this Greek word that is inclusive to both genders. However, if you do not, then imagine what else hides in the recesses of our perceived reality when we are exposed to biased translations.

The Walls of the World

There is a great barrier created when we use inaccurate, gender biased words. This gender divide has become a hidden thought that plays out in the reality of our everyday lives together.

We have become so accustomed to this bias of gender distinction that we no longer see the wall dividing us. Thus, we cannot see that the wall is built from the perspective of the unbelieving world. This bias has no ground in Christ. He broke all the barriers. All the walls came tumbling down. In Christ, there is no divide, no walls, no hills, no valleys, only level ground. All other ground is faulty and will be shaken until it is level or no longer exists.

The One New Human

Ephesians 2:14-16 reads, “For he himself is our peace, who made both groups into one and broke down the dividing wall of the barrier…so that in himself he might create the two into one new man, thus establishing peace, and might reconcile them both in one body to God through the cross, by it having put to death the enmity.” (NASB)

The word translated here as “man” is the Greek word “anthropon.” Yet again, not a gendered word. This Greek word is more accurately translated as “human” or “person.”

Reality:
“so that in himself he might create the two into one new human.”

When the above Greek word is translated without bias, far more meaning is given to Paul’s words in his writing to the saints in Galatia –“There is neither Jew nor Gentile, neither slave nor free, nor is there male and female, for you are all one in Christ Jesus” ( Galatians 3:28, NIV).

If there is any hope for the church, it must begin with everyday life, so that when we come together as one, we will know that we are all priests in equal standing upon the one unshakeable ground of Jesus.

We also need to understand that there are women all over the world who deeply resent men, because of how men have sinned against them. In many parts of the world, women live in the cruel bondage of men. Thus, when they come to the Bible and see gender biased verses, they figure the Scriptures are not for them. You can suggest that when women see the word “men” in Scripture, they see themselves included in it. But the truth is, to use the word “men” in the Bible today is unnecessary and extremely misleading. The inspired reality of the translated Greek words would be best served with designations like “people,” “humans,” “men and women,” “persons,” “folks,” and “brothers and sisters.”

The image of God is both male and female (Genesis 5:2). In order for Christ to be expressed in his fullness, the manifestation of the Spirit in each part of the “new humanity” must be living and active. As God’s people, may we be aware of any divisive bias that has influenced our thinking, so that together, we may have the mind of Christ, and be found standing upon the one unshakeable ground. 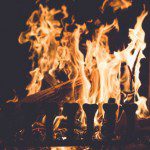 May 4, 2015 Ten Most Polluted Cities
Recent Comments
35 Comments | Leave a Comment
"'This renewal began first with the renewal of the people of God (chapter 5 or ..."
Kostya2 Putting the Bible Together
"In Christ, there is no Jew or Greek, male or female."
Silverwolf13 Go Home or At Home?
"I just started to read about Scot Mcknight! His arguments are good.However, I recommend Scot ..."
Yechan Namgoong Tim Keller under the Eye
"" if it be Your will" 1 John 4:14,15 says, 14And this is the confidence ..."
disqus_5T2jXBEN10 JesusCreed.org Blog Prayer
Browse Our Archives
Related posts from Jesus Creed