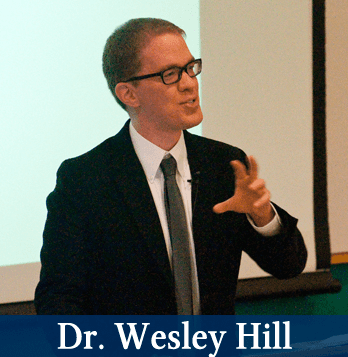 One of the marks of “friendship” in our world is that they are the “freest, the least constrained, the least fixed and determined, of all human loves.” This from Wesley Hill, Spiritual Friendship, xiii, and a theme throughout his book.

A theme, in fact, that is seriously challenged by a proposal that Wes Hill offers, namely, that friendships ought perhaps to be more formally framed.

Once Bonhoeffer opined when Bethge got engaged and then married that he was in some sense losing his friendship. He wondered if friendships ought to be more stable. Bethge was more realistic about friendship as what he perceived would happen when married.  Bonhoeffer knew friendship had no recognizable rights…

This leads to Florensky and to Aelred and to Wes Hill pondering spiritual friendships and pondering formalized relationships. Aelred discusses such kind of intimate friendships.

After his death, Aelred’s model of devoted friendship did not lack for exemplars in his homeland of England. For roughly the next seven hundred years, from the medieval world on through to the early modern, certain pairs of friends would consider themselves not merely chums or pals, and also not homosexual lovers, but spiritual kin, “brothers” and (to mix metaphors) “wedded” friends. “This is an era,” writes the historian Alan Bray, “where different kinds of kinship overlap, shade into one other and are not clearly distinguished from friendship” (33-34).

First, they were overtly religious/spiritual relationships.

In the Christian East, such rites, as Pavel Florensky notes, already bore a more overtly spiritual character. With adelphopoiesis, the rite of brothermaking, the two friends who were making promises to each other shared Holy Communion, partaking of the presanctified elements from a common cup, and exchanged crosses with each other (35).

He prints the kind of prayer that was sometimes prayed:

O Lord our God Almighty, who was and is and is to come, who did not disdain to be born of humankind in the womb of the Virgin Mary Mother of God, send your holy angel upon these your servants [name] and [name] that they may love each other, as your holy apostles Peter and Paul loved each other, and Andrew and James, and John and Thomas, James, Philip, Matthew, Simon, Thaddeus, Matthias and your holy martyrs Sergius and Bacchus, Cosmas and Damian, not through the bonds of birth, but through faith and by the love of the Holy Spirit, and that they may abide in the same love all the days of their life (36).

Second, they were public and communal friendships.

Friendship, in other words, belonged in the realm of law and policy, of public interest and observed give-and-take (37).

Third, they were not just for males.

The third notable feature of these friendships, according to Bray, is that they weren’t limited to the brawny world of war riors. Women, too, took vows of friendship, albeit much less frequently and visibly (37).

But these kinds of friendships got pushed aside. “Friendship was being pushed out to the margins of public life, and marriage was taking its place as one of the only forms of vowed kinship that society would rec ognize” (39).

He wonders, then, what we have lost in losing vowed friendships:

I find myself wondering which is the greater danger—the ever-present possibility of codependency, sexual transgression, emotional smothering (and other temptations that come with close friendship) or else the burden, not to mention the attendant temptations, of isolation and solitude created by the absence of human closeness ? A great company of saints witnesses to the fact that we can indeed flourish without romance, marriage, or children; I don’t know of one who witnesses to the possibility of our flourishing without love altogether (41).

Wes Hill, then, is proposing we raise awareness of and commit ourselves to (for those who so want to) what he calls “vowed spiritual siblinghood” (41 [not a catchy term, to be sure]).

Instead of love that looks like this: You’re mine because I love you, we can move to “I love you because you’re mine” (41).

June 9, 2015 Creation - Once or Continual? (RJS)
Recent Comments
3 Comments | Leave a Comment
""
Queenofthefuzzybugs The (Non)Wesleyan (Non)Quadrilateral
""
Xanthrince JesusCreed.org Blog Prayer
""
William Ristau Writing In Your Life
"'This renewal began first with the renewal of the people of God (chapter 5 or ..."
Kostya2 Putting the Bible Together
Browse Our Archives
Related posts from Jesus Creed

Evangelical
Mary and Me and Complementarianism (by Ruth Tucker)
Jesus Creed