Heresy: The Mother of Orthodoxy (and what about Calvinism?)

Heresy: The Mother of Orthodoxy (and what about Calvinism?) September 4, 2015 Scot McKnight 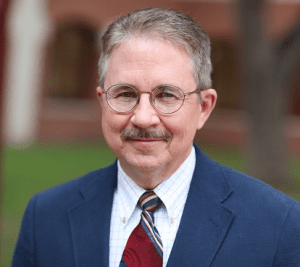 The mother of orthodoxy, says Roger Olson in his book Counterfeit Christianity: The Persistence of Errors in the Church, is heresy in that it was often a heresy (or a suspicious idea at the time) that provoked Christian theologians to explain what was truly orthodox. Let us then say that it worked like this, which is a little more nuanced and a sketch Olson would no doubt approve:

First, the story that comes to completion in Jesus and his death and resurrection and ascension. Second, the apostolic faith moves from Jerusalem into the Roman world. Third, someone in the church at some level challenges what the apostles have been teaching — what is found in what we now call the New Testament. Fourth, Christian theologians — from the apostles to today — respond by articulating what is most consistent with the gospel and thus with what has been believed. This articulation is called orthodoxy. The articulations often enough are provoked by something that was soon called heresy.

This orthodoxy is rooted unequivocally in the gospel about Jesus (1 Cor 15:3-8) but is unfolded over time and in response to new issues, and this responsiveness occurs already at the time of the apostles (e.g., Colossians or 1 John). It did not arise with Constantine and Nicea. That’s such a bonehead piece of history that is somehow credible to so many today — or that is something folks today want to believe as true. It’s not.

Thus, read the rules of faith (regula fidei) or canon of faith as sorted out independently by Irenaeus and Tertullian (on creeds, see this link). E.g., Irenaeus:

. . . this faith: in one God, the Father Almighty, who made the heaven and the earth and the seas and all the things that are in them; and in one Christ Jesus, the Son of God, who was made flesh for our salvation; and in the Holy Spirit, who made known through the prophets the plan of salvation, and the coming, and the birth from a virgin, and the passion, and the resurrection from the dead, and the bodily ascension into heaven of the beloved Christ Jesus, our Lord, and his future appearing from heaven in the glory of the Father to sum up all things and to raise anew all flesh of the whole human race . . .

Olson sums it up with this: orthodoxy refers to the deity and humanity of the one person Jesus Christ (incarnation and hypostatic union), the Trinity (God is one being, substance existing as three distinct persons), and salvation is by grace alone and cannot be earned. He affirms as entailments at least that miracles are real and that there is objective reality in the atonement of Jesus at the cross.

What heresies then become evident in the history of the church?

And this is where Olson turns up the heat because his book is not just about historical errors but about the persistence of errors in the church, and so he examines two modern day teachings that breach orthodoxy at times and can be called heresies at times. He looks at “unofficial” heresies here, three of them. He says he could not affiliate with a church that affirms any of these. He examines here beliefs and not persons.

Making God a monster by divine determinism. [Yes, he takes a look at some forms of Calvinism here.]

Using God for personal gain in the gospel of health and wealth.

So, let’s look at the first of the modern teachings that sometimes become heresy: divine determinism. He defines it:

For our purposes here, divine determinism means belief, whether explicit or implicit, that God determines all things according to a preconceived plan and by his omnipotent power, including sin and evil (123).

In the words of one very popular Christian pastor, teacher, author, and evangelist, absolutely everything that happens, without exception, was planned, ordained, and governed” by God (123).

Augustine affirms both meticulous sovereignty and unconditional predestination (124). He sums it up:

To recap briefly, then, some Christians, following Augustine’s teaching, have believed that God exercises meticulous, detailed, “fine grained” sovereignty over everything—down to the most minute details of history and individuals’ lives (124).

Which raises the problem acutely, and if one doesn’t see it as a problem, well, then, let’s move on:

Of course, Augustine’s belief and teaching about God’s sovereignty raises to an intense pitch the issue of sin and evil: Is God the author of them? Augustine answered negatively: no, God is not the author of sin and evil. And yet, many have asked, how can that be if God controls everything including the “movement” of creatures’ wills? Augustine simply denied that this makes God the author of sin and evil as that, too, would offend the dignity of God. So he left it as a paradox—an unresolved apparent contradiction. Sin and evil stem from creatures’ rebellious wills, not from God’s will, although God wills to permit them and they, too, cannot fall outside God’s overall sovereignty (125).

Our conclusion is, then, that Augustine’s doctrine of God’s sovereignty logically implies divine determinism even with regard to sin and evil even if he did not affirm that God determines them. Colloquially expressed, “he worked it out”  (126).

Someone who did work it out was Zwingli, the most radical of all divine determinists. Calvin was more cautious and lets God off the hook not by appealing to divine permissions. Olson:

In sum, according to Calvin, everything that happens, including sinful and evil deeds, are foreordained and rendered certain by God while God remains unstained by their wickedness because he does not force creatures but only permits them to sin. But God’s permission of sin and evil is “willing permission.” God is not the author of sin and evil because, although he foreordains and renders them certain, he does not directly cause them. Zwingli was clearer (129).

In other words, Edwards said that while God does not coerce or force anyone to sin, he does design, ordain, and govern sin for a purpose. Sin is willed and rendered certain by God. At least he “bit the bullet” most Reformed Christians will not bite and admitted that God is the author of sin and evil in that sense (132).

He turns to Sproul and Piper. On Sproul:

Ultimately, then, God, the all-determining reality, determines that people will sin, but somehow without causing them to sin. It seems fair to say that for Sproul, as for Augustine, Zwingli, and Edwards (if not for Calvin, too!), sin and evil are rendered certain by God for a greater good—the full revelation of God’s glory; It’s important to say here that Sproul does not intend to make God ths author of sin and evil. He probably draws back from even Edwards’s admission that, in some highly qualified sense, God is the author of sin and evil. However, the logic of his doctrine of God’s absolute, all-encompassing sovereignty leads inexorably in that direction. One cannot be blamed for calling his view a version of divine determinism even if he does not like that language (133).

Piper is bold in proclaiming the absolute sovereignty of God to the point of preaching that even if a “dirty bomb” fell on a city it would be from God. Whenever a disaster or calamity happens, including one that involves sin and innocent suffering, Piper boldly proclaims that it is “from God.” He does not mean that God directly caused the perpetrators to sin—especially not against their own perverse wills. However, even their perverse wills are under the control of God’s sovereignty. Nowhere does Piper say that God is the author of sin and evil, but it seems fair to assume that he agrees with Edwards (134).

In my opinion, and many other Christians’ opinions, making God the author of sin and evil is heresy. Most Reformed, Calvinist Christians do not fall into that. They are careful to keep a distance between God and evil. There is a difference between, for example, Sproul Sr.’s view and Sproul Jr.’s view. How great a difference is debatable, because it seems the son’s view is simply the “good and necessary consequence” of the father’s view. However, it’s important not to attribute conclusions to people they expressly deny believing (135).

It would seem, then, that all forms of divine determinism are on the precipice of heresy even if only calling God the author of sin and evil is outright heresy (136).

Christian congregations and denominations ought to root out divine determinism, especially the view that God is the author of sin and evil, and perhaps also the view that God designed, ordained, and governs them (136).

September 4, 2015 The Thelo Fellow (by John Frye)
Recent Comments
21 Comments | Leave a Comment
"This is a really weak take on DBH's arguments. I dont understand the impulse critique ..."
zech Reviewing David Bentley Hart
"So because 1-9 genesis referes to penis and then vagina. Therefore we can deduce that ..."
Jostein Syvertsen Yarhouse And Gender Dysphoria
"In some of the TTTE episodes pride goes before a fall crops up and that's ..."
Erica L Thomas the Tank Engine (Deconstructed)
"TTTE helped me learn to distinguish feelings, something I had trouble with as a kid. ..."
Erica L Thomas the Tank Engine (Deconstructed)
Browse Our Archives
get the latest from
Evangelical
Sign up for our newsletter
POPULAR AT PATHEOS Evangelical
1

Evangelical
Gospel of Health and Wealth: A Heresy
Jesus Creed 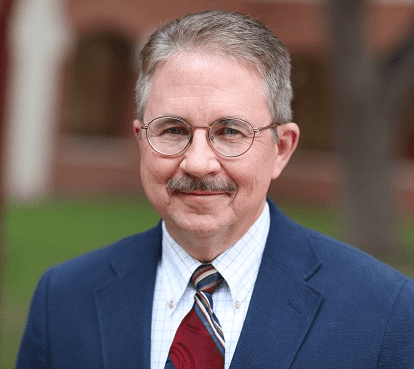 Evangelical
A Counterfeit Christian, or Heretic: Yes or No
Jesus Creed

Evangelical
Who is a Heretic?
Jesus Creed
TRENDING AT PATHEOS Evangelical