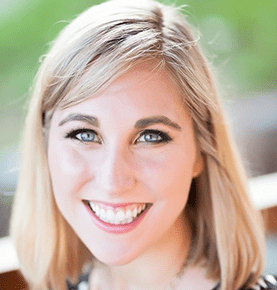 Lily Ellyn Dunn is a teacher, a freelance writer, and (most importantly) an ice cream connoisseur. She and her husband are currently relocating to Columbia, SC after two years in South Korea. Lily wrestles with her faith on her blog, lilyellyn.com. You can also find her on Twitter @lilyellyn.

“Do not be afraid, Mary, for you have found favor with God. And behold,you will conceive in your womb and bear a son, and you shall call his name Jesus. He will be great and will be called the Son of the Most High. And the Lord God will give to him the throne of his father David, and he will reign over the house of Jacob; forever, and of his kingdom there will be no end.” –Luke 1: 30-33

One thing I love about Advent is that you can’t get through it without talking about Mary. Whether you believe that Mary was a saint, an innocent virgin girl, or even if you’re skeptical about the whole virgin birth thing, you can’t deny that without Mary, there would be no Christmas story. Because the story of the incarnation, of God becoming flesh, doesn’t begin in a manger full of sweet, clean hay with a lullaby of softly lowing cattle–it begins in the belly of an unwed teenage girl.

Maybe you believe that Mary was chosen to be the mother of Christ because she was particularly pious and holy. Perhaps you’ve heard sermons like the ones I heard growing up where Mary is held up as an example of virtue, that we might all strive to be holy enough to be called blessed and highly favored as she was.

In reality, we have no evidence that Mary was especially devout. All we know about her is that she was a virgin from the line of David, betrothed to Joseph the carpenter, and that when the angel came to her with astonishing, even absurd news, she simply said, “Let it be to me according to your word.” Mary was an ordinary girl who simply chose to say yes.

So what does it mean when we say that Mary was blessed and highly favored by God? Was she favored to be an unwed pregnant teenager? Was it favor that forced her to flee with her family to Egypt as refugees because Herod was intent on killing her son? Did she feel blessed as she watched her son being mocked and beaten and strung up on a cross to die the death of a criminal?

Mary’s story turns the idea of worldly blessings on its head, showing us that the blessing of the Lord doesn’t exempt us from suffering, and that his favor isn’t something we can earn. So, maybe it is the fact that God has chosen Mary that makes her favored and not the other way around.

The story of Mary is also significant because of what it teaches us about God. What does it say about God, that in a society that viewed women as second-class citizens, he chose to reveal himself through a young woman? And not just through a woman, but through her very body-something many Jews would have considered unclean. Isn’t it curious that in his great plan to redeem humanity, one of the most crucial roles belonged to a teenage girl?

God had the power to bring his son into the world any way he wanted. It could have been a Superman situation–a magical child from another world discovered in a field and raised by kindly farmers. But instead, he chose to start the story with someone the rest of the world wouldn’t have looked twice at. The word became flesh and dwelt among us. In doing so, he made the common things of life holy–both the cry of a newborn baby and the womb of a woman.

Throughout the Gospels, Jesus turns society’s ideas about power on their heads. He brings dignity to the marginalized. He eats with sinners, touches the untouchable, and loves the unlovable. And in the midst of a patriarchal society, Jesus chooses women to play key roles in the drama of salvation.

Jesus reveals himself to the woman at the well who then shares the news of his coming with her entire community. Mary and Martha witness the resurrection of their brother Lazarus and later, Mary anoints Jesus’ feet with oil, foreshadowing his death and burial. Most significantly of all, it is a woman, Mary Magdalene, who sees the resurrected Christ first and who shares the news with the disciples. In the story of redemption, women were no longer on the fringes, they were part of the action.

When I think about the Christmas story, I think about Christ’s entrance into the world and what it means for humanity.  But I also think about Mary, the first in a long line of women Jesus chose to make himself known to throughout the Gospels. Mary, who for nine months carried the very word of God between her expanding ribs and widening hips. Mary, the woman God used to birth hope for the whole world.

December 18, 2015 4th Sunday of Advent
Recent Comments
3 Comments | Leave a Comment
"'This renewal began first with the renewal of the people of God (chapter 5 or ..."
Kostya2 Putting the Bible Together
"In Christ, there is no Jew or Greek, male or female."
Silverwolf13 Go Home or At Home?
"I just started to read about Scot Mcknight! His arguments are good.However, I recommend Scot ..."
Yechan Namgoong Tim Keller under the Eye
"" if it be Your will" 1 John 4:14,15 says, 14And this is the confidence ..."
disqus_5T2jXBEN10 JesusCreed.org Blog Prayer
Browse Our Archives
Related posts from Jesus Creed

Evangelical
Did Jesus Have "Real" Brothers and Sisters?
Jesus Creed