Spiritual Formation is about Story

So James Bryan Smith in the first volume of his new series, The Magnificent Story: Uncovering a Gospel of Beauty, Goodness and Truth.

James Bryan Smith, whom I consider one of North America’s leading voices on spiritual formation, directs The Apprentice Institute in Wichita KS and his program is connected to Northern Seminary’s DMin program in spiritual formation. I have myself participated in their program for three years and I come away blessed each time.

Smith’s new series takes its cue from Hans Urs von Balthasar’s crystallizations around truth, beauty and goodness, and shows how the Story of God run right through these three themes. This series is what happens when Dallas Willard meets N.T. Wright!

In addition to the big idea Smith has learned to create teaching for local churches so any local church can use these books and foster formation into the Story of God.

That is a common question we ask when we are getting to know someone. We are asking things like, “Where are you from? Are you married? What do you do for a living?” Once we gather this information, we come to know their story. But I ask this question with a different intent. When I ask to know someone’s story, I want to know what story they are living by. What story is shaping their life? 4

If what I am stating is true, then the most important thing we can do is to start living into the right story. Any story worth giving the power to shape our lives must pass a simple test: Is it beautiful, good, and true? If it is, then it is a magnificent story. You were designed for nothing less. 5

Thomas Aquinas said beauty is “that which, when seen, pleases.” 7

While I believe the Christian convictions about Jesus (for example, he was the Son of God who rose from the dead) are true, I am not drawn to Jesus only by truth. I am drawn to Jesus by his beauty and his goodness. 10

Here is beauty, truth and goodness.

In the midst of the ugliness and the suffering, beauty emerged to offer a different story. As the mortar shells rained down on Sarajevo, a musician from Bosnia and Herzegovina named Vedran Smailovic did the only thing he knew to do: he played his cello. In the midst of the destruction of buildings and the killing of his family and friends, Vedran played his cello—in full formal attire—alone in the ruins and in the streets, even though there was relentless sniper fire.

During the conflict no one knew when or where he would play, but as soon as someone heard him playing, the crowds grew. Grieving and starving, the people gathered to listen. Why? As Smailovic said, “They were hungry, but they still had soul.” In the midst of tragedy, his music echoed from another world, a place where beauty, goodness, and truth reside. Through Smailovic—an instrument of God, I believe—the people found hope and healing. 14-15 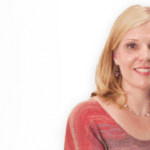 July 31, 2017 Learning from a Female Pastor
Recent Comments
0 | Leave a Comment
"Curious as to why my comment was deleted? Here it is again for all who ..."
zfari Go Home or At Home?
"From my experiences, a God who has a Gender, a Sex, and a Biological Orientation... ..."
Kyllein MacKellerann What to Say When Someone says ..."
"What is the "final destruction of sin" please?"
Bob Shiloh What to Say When Someone says ..."
"Dr. Fitch, you write the following regarding the resurrection:Of course, Cone is focused on the ..."
J.R. Miller David Fitch, James Cone: Liberation Theology ..."
Browse Our Archives
Related posts from Jesus Creed 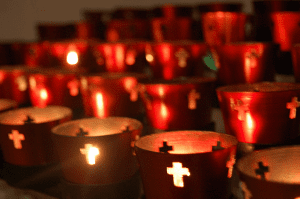