7 Promises From the Cross for Me Today 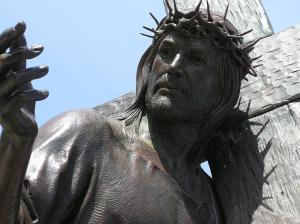 7 Promises From the Cross for Me Today

I remember preaching in Dallas, Texas, early in our ministry. It was 1953. About forty thousand people attended each night, but one evening only a few people responded to the appeal to receive Jesus Christ. Discouraged, I left the platform. A German businessman was there, a devout man of God. He put his arm around me and said, ‘Billy, do you know what was wrong tonight? You didn’t preach the cross.’

The next night I preached on the blood of Christ, and a great host of people responded to receive Christ as Savior. When we proclaim the Gospel of Christ, when we preach Christ crucified and risen, there is a built-in power to it.

One hundred years before, a reporter attending the great British evangelistic campaigns of evangelist D. L. Moody wrote something remarkably similar. Referring to the great crowds attending Moody’s meetings, the London journalist wrote, “One cannot but ask the question, ‘What is the magic power which draws together these mighty multitudes and holds them spellbound?’ Is it the worldly rank or wealth of learning or oratory of the preacher? No, for he is possessed of little of these. It is the simple lifting up of the cross of Christ—the holding forth the Lord Jesus before the eyes of the people.”2 3

First, when Jesus spoke from the cross, He spoke with intention. He knew every word He would speak. He knew that He only had a few hours left on Earth. So Jesus took the time on the cross to speak specific words to the people below. Jesus didn’t just babble words incoherently. He knew He was speaking to an audience, both present and future. These words of promise that Jesus spoke on the cross also speak to me today.

Second, the words also form the process for the life of someone who decides to follow Jesus. Jesus is sharing for everyone to see what it will take to become a Christian and how all Christians will live their lives when they follow Him. In essence, Jesus speaks from the cross. He speaks promises to every person who will listen to Him. Will you listen to His words today? I urge you to consider these seven words and the power they have to change your life.

On the cross, one of the two thieves trusted Jesus as their Lord and Savior. Jesus reminded him and us all that if we receive Jesus as our Savior and Lord, that He will secure my faith for eternity. Jesus made a promise to the thief. Jesus said that when the thief dies, he will be in Heaven. Jesus provided a word of eternal security to the thief and He provides that same assurance to you and me today.

Here, Jesus changes the relationship between Himself and His mother. Instead of calling Mary “mother,” Jesus calls her “woman.” The change is important because it reminds us that we are all on equal footing with Jesus when we follow Him. Jesus wants a special relationship with everyone who follows Him.

When Jesus calls her “woman” He is not using a cold, formal word, but a warm term of respect. It is to John the disciple, and his mother’s nephew, that He gives the responsibility for her care. This act may also be saying that God’s chosen people must find their home with those who have come to believe through the ministry of Jesus, that the true destiny of Israel is to be found in the fellowship of the church.6

Many people look at this word and think it is a word of abandonment. People looking up to Jesus thought that He was crying out to Elijah to save Jesus from the cross. They thought that God abandoned Jesus.

Yet, God did not abandon Jesus. Why would God abandon Jesus when He said He never would? Instead, Jesus is referring to Psalm 22.

Jesus uses the first line of the Psalm and points to the fact that the entire psalm refers to Jesus and His entire life on Earth.7

“That’s one small step for man, one giant leap for mankind.”

“A long time ago in a galaxy far far away.”

“I pledge allegiance to the flag of the United States of America.”

When you hear these first lines, you know what the rest of the story is about. You know the context. The same is going on here. Jesus speaks the first line of Psalm 22. Jesus shows that the Old Testament points the entire life of Jesus.

The psalm predicts the life of Jesus.

That is the praise expressed in these verses. In context, this Psalm begins with what sounds like a losing team. If you read the beginning of Psalm 22, you hear the sounds of how Jesus Christ the Son of God is losing the Ultimate Competition for the souls of men and women.8

This psalm moves from words of suffering to words to praise. Jesus is sharing the Gospel from the Old Testament. Even from the cross, Jesus is saying to you and me: “Listen, trust the Word of God.” Jesus said by quoting Psalm 22, “I am the fulfillment of the Old Testament here on the cross.” The Psalm has been fulfilled today.

Before Jesus said His next words, the writer John reminds us that the next words coming from Jesus’s mouth were because the Word of God had been fulfilled.

“After this, when Jesus knew that everything was now finished that the Scripture might be fulfilled, he said, “I’m thirsty.”” (John 19:28, CSB)

You can be just as certain to trust the Word of God.

Here, Jesus said that He thirsts. On one level, Jesus was thirsty because of the cross. He needed a drink in order to finish the work. He was in complete distress. He was suffering. Since Jesus suffered on the cross, He knows that the distress in the life of Christian. Christians encounter suffering. He knows when you suffer.

With a clear voice Jesus uttered one last word from the cross: tetelestai. The papyri throw great light on this word. If a promissory note were paid, the one holding the note wrote “telelestai” across it. A deed to property was not in effect until it was dated and signed. When this was done, the clerk wrote “tetelestai” across it.

Another example of its use was when a father sent his son on a mission. The son was not to return until he had performed the last act of the mission. When he did return from a successful mission, he used tetelestai to report it.

What do these meanings say to us? In eternity the Son gave the Father a promissory note that He would pay the price for humanity’s redemption. On Calvary the note was paid-in-full. Tetelestai! The Son reported His completed mission to the Father. Tetelestai! Perhaps when the waiting hosts in heaven heard of the completed work of Jesus heaven rang with it. Tetelestai! And the Father smiled His approval.9

Jesus said that “it is finished.” Jesus literally said “Done.” By this, He means that the work that was necessary was done by Jesus on the cross. This is a word of triumph. Jesus is reminding you and me that even though life can be tough, we have hope because Jesus completed His work on the cross.

Jesus reminds us here that there is life after a Christian dies. Jesus said that Jesus handed His spirit to God immediately after death. At death, the Christian will go directly to Heaven and be entrusted with God. The soul and spirit of the Christian will live on in Heaven.

There was a little boy one day who was lost; he couldn’t find his way home and he began to cry because he was so lost. A stranger saw the little boy crying and came up to him and tried to comfort him. He said, “What’s wrong, son?” The little boy said through a flood of tears, “I can’t … I can’t find my way home. I’m lost.” Wanting to help, the man asked, “Is there anything near your house that you remember?” The boy thought for a moment and said, “There’s only one thing that I can remember. There is a building near my home with a cross on it.” The man knew exactly which cross the boy was talking about.

He took the boy by the hand and walked him to the church, the building with the cross. When the boy got to the church, he knew exactly how to find his home. When he found the cross, he found home.10

1 Billy Graham, “Go in His Power,” in Decision Magazine, January, 1989, p. 1, taken from a message preached at the 1983 International Conference for Itinerant Evangelists.

Since I Am Forgiven, I Am Free 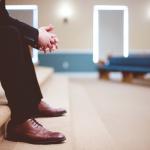 June 17, 2019
How to PREP for Revival and Spiritual Awakening
Next Post 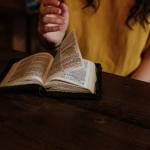 July 16, 2019 How to Be Wise
Browse Our Archives
get the latest updates from
Jim Erwin
and the Patheos
Evangelical
Channel
POPULAR AT PATHEOS Evangelical
1

Giving Has a Boomerang Effect
Scripture is full of God’s words to generous givers: “Honor the Lord...
view all Evangelical blogs
Copyright 2008-2021, Patheos. All rights reserved.