The History of the Druids

The History of the Druids October 8, 2009 John Beckett 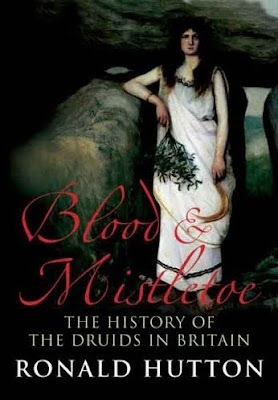 “The Druids may well have been the most prominent magico-religious specialists of some of the peoples of north-western Europe just over a couple of thousand years ago; and that is all we can say of them with reasonable certainty.”

Thus begins Blood and Mistletoe: the History of the Druids in Britain by Ronald Hutton, Professor of History at the University of Bristol in England. Hutton is far and away the top Pagan historian of our time; in this case “Pagan historian” means both that he is Pagan and that he studies the real, historical origins of what people like me are doing. His book on the origins of Wicca – The Triumph of the Moon – should be required reading for everyone who considers him or herself a Wiccan, Druid, or any other flavor of contemporary Pagan.

The problem in researching the history of the ancient Druids is that there are very few written accounts of who they were and what they did. Hutton says “the total number of them can be encompassed within a dozen pages of relatively large print.” Some of the sources may have reported hearsay as observed fact, and some of them (like Julius Caesar) clearly had a political motive to portray the Druids in a negative light.

The bad thing about this is that it’s impossible for us to know much about the ancient Druids. The good thing is that lack of certainty has allowed all kinds of people to impress upon Druids all kinds of qualities throughout history, and it is this history – the history of the Druids in British culture, which led to a revival of Druidry – that occupies the bulk of this 422 page book (plus another 49 pages of notes).

As with his work on witchcraft, Hutton clearly shows that no modern Druids have any direct lineage to the Druids of ancient Britain – those Druids died out with the coming of Christianity and had been gone for at least a thousand years when people began reimagining them. Some of the early revivalists argued that the Druidry had been preserved in the Welsh bardic tradition, most notably Edward Williams, better known as Iolo Morganwg. Iolo claimed to have “discovered” volumes of ancient Welsh poetry – most of it he composed himself.

The Druid societies which began around 300 years ago were mainly cultural – until very recently, they attempted to fit their Druidry into a Christian framework. Many of them claimed that the ancient Druids were forerunners who prepared the hearts and minds of the British for the coming of the “true religion.” It was only in the later part of the 20th century that some (but far from all) Druid organizations became part of the Neopagan movement.

As someone who follows a Druid path, but who readily acknowledges that we’re creating a Druidry for the 21st century and not reconstructing what the ancients did, I found this book to be very helpful. It’s good to know where you came from, and you need to know the real history as well as the mythic history.

October 12, 2009 Should We Visit Sacred Sites?
Recent Comments
2 Comments | Leave a Comment
"The gods are persons, and so the kinds of relationships we have will be as ..."
WanderingDruid Many Ways to Serve Many Gods
"I suspect the failures to build institutions have a lot to do with the extensive ..."
Gordon Cooper Why Are Pagan Groups Cash-Poor?
"They are persons. How do you develop emotional relationships with other kinds of persons?"
MadGastronomer Working With Many Gods
"These things come in their own time. My suggestion would be to maintain the usual ..."
John Beckett Working With Many Gods
Browse Our Archives
get the latest from
John Beckett
Sign up for our newsletter
POPULAR AT PATHEOS Pagan
1 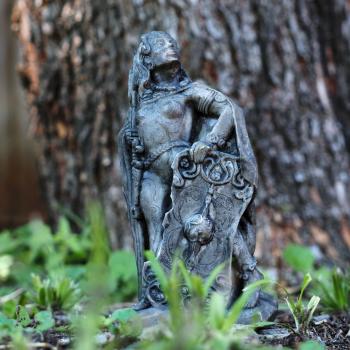 Pagan
Many Ways to Serve Many Gods
John Beckett