Is Druidry a Religion? 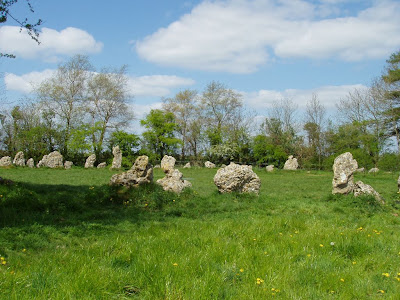 I’m a little surprised the story of The Druid Network being granted status as a charity in Britain is getting so much coverage. If you haven’t seen it yet, here’s their press release. Here’s a link to a CNN piece and one to a Wild Hunt entry on coverage in Sacramento that includes an interview with Thorn Coyle and some folks from Grove of the Oak, who I met at this year’s Gorsedd. There was even a piece from the AP in the Denton Record-Chronicle, although it doesn’t appear to be online. The publicity is generally positive, though as you can imagine not everyone is happy about the situation.

In the US, groups organized for non-profit religious and cultural activities can file for 501(c)(3) tax-exempt status. Most churches are set up this way, as is the national CUUPS organization. It’s a fairly simple matter. Not so in the UK – its Charity Commission requires extensive documentation that the group in question really is in operation “for the public benefit.” It took The Druid Network four years to achieve this status and the decision applies to them only – not to other Druid orders or to Druidry in general.

I’m happy to see this. I’m glad the folks at The Druid Network went to the time and trouble of obtaining this status, and I’m glad the UK Charity Commission was able to see how a religion that doesn’t look much like the Church of England is a valid spiritual path.

It is the classification of Druidry as a religion that is the topic of this blog post by OBOD Chosen Chief Philip Carr-Gomm. He asks “is Druidry a religion?” and proceeds to answer “it’s all up to you.” The comments to his blog post and a similar Facebook post are strongly opposed: various Druids are calling what they do “faith” “spirituality” and a “path” but many don’t like the term “religion.” They don’t want OBOD to define Druidry as a religion.

I’m reminded of a question former DUUF minister Rev. Diana Heath asked from time to time about Unitarian Universalism: “are we an alternative religion or an alternative to religion?”

My response is that Druidry doesn’t need more definition, it needs more practice. Debating whether or not we should cast circles or the best way connect with our ancestors is an interesting exercise, but it pales in comparison to the importance of holding group worship and honoring our ancestors – and to the importance of building a better world here and now. I see little value in drawing lines around our beliefs and rituals and declaring this “Druid” and that “not-Druid,” particularly if the only benefit is to satisfy bureaucrats.

At the same time, I’m leery of radically individual spirituality. I have great respect for those who blaze new trails in theology and practice, but I see far too many people whose declaration of being “spiritual but not religious” is little more than an excuse to avoid work and accountability. Call it religion or spirituality or a path or whatever, but its purpose isn’t just to make you feel good. It’s to help you learn and grow and to focus your energies away from the trivial and onto the Ultimate.

As Druidry grows, we will need more organization to be able to serve the needs of the people who come to us. Our challenge will be to adopt the structures and practices that serve us well while avoiding those that needlessly create hierarchy and stagnation.

For now, I’m happy that The Druid Network has been recognized as a charity. And I’m happy OBOD hasn’t applied.