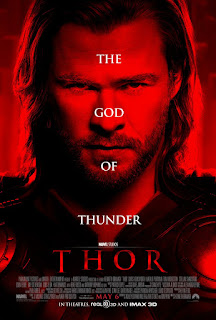 l am neither a Heathen nor a comic book geek (though I am definitely a geek for many other things). As a result, I went to see Thor with very few expectations about what it should or shouldn’t be. The movie posters proclaimed “The God of Thunder” but I had already been warned to expect lots of Stan Lee and not much Snorri Sturluson.

I don’t want to review the movie so much as I want to explore some thoughts that occurred to me while watching it. If you want a Pagan review of Thor, try this one from Star Foster at Patheos or this one from Zan Fraser at The Juggler (part of the Pagan Newswire Collective).

I will say it was a good popcorn movie. I thought the story and the acting were good. I’ve heard some complaints that the effects overwhelmed the story, but I didn’t notice that. Maybe that was because I saw it in 2-D (in general I find 3-D to be a distraction, and so does Cathy), but the effects seemed to be an integrated part of the storytelling.

Did anybody else think the interior shots of Asgard looked a lot like the newer hotels in Las Vegas???

I do have one complaint with the story, and it’s a bit of a spoiler, so if you haven’t seen the movie yet you may want to skip this paragraph. The gods and goddesses of Thor display many examples of pagan (lowercase “p” signifying pre-Christian European religions) values: honoring your ancestors, keeping your word no matter what, and fighting valiantly so that your kin will speak highly of you. But when Thor offers himself to save his friends, he is acting in a manner that is decidedly Christian. A good pagan warrior would fight bravely in the face of overwhelming odds, but the idea that a substitutionary sacrifice could save others is a very Christian (and to a lesser extent, Jewish) concept. The reviewer for the Catholic Courier praises Thor, saying “the narrative has many Christian echoes.”

And that brings me to the main impression I had with the film – it is a reflection of who and what we are in 21st century America. Just like our ancient ancestors, we tell stories of great people doing great things – what are comic book superheroes but gods and legends recast for the modern world?

We feel the call of the old ways and the old gods and goddesses. I know many people consider the gods of the Norse and Celts and Greeks to be mythological characters, psychological archetypes or aspects of one great God/dess. I have experienced them as individual beings, and many others have done so as well. Who’s right? No one can say with certainty. But clearly the old gods are returning.

While Christianity has no monopoly on gods and sons of gods who come to Earth as saviors, the fact that concepts such as substitutionary sacrifice are assumed to be true shows that Christianity is a strong part of our cultural fabric. No less an authority than uberatheist Richard Dawkins has pointed out the obvious fact that our language is filled with Biblical imagery and metaphors. Christianity has been in decline in the West for the past 500 years, but it is still very much alive.

But for all of that – stories, old gods, Christianity – the true faith of our times is science and technology. The earliest humans attempted to explain their world with the limited knowledge they had. Most contemporary humans attempt to fit their experiences into a worldview that insists there is a materialist, this-world explanation for everything. It is no accident that the first person Thor meets on Earth is an astrophysicist (Natalie Portman) – a high priestess of the Church of Science and Technology.

As an engineer, I have been trained in science and I have tremendous respect for the scientific method. We ignore the findings of science at the risk of our religious integrity. But when we assume that science has all the answers and that if science can’t prove it then it must not exist, we shut ourselves off from wisdom and truth that inspired our ancestors for millennia.

This is the environment in which we work: one in which the old gods are calling to us (as is Nature, which was mostly absent from Thor), but which is still dominated by Christianity and by Science. 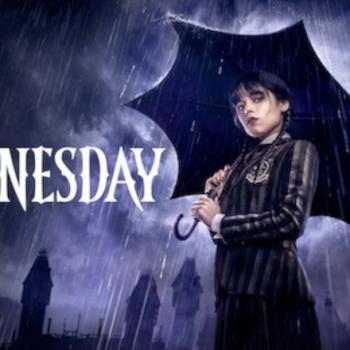