The Purpose of Religion

What is the primary purpose of your religion? Religion in general has many purposes, most of them dealing with forming and maintaining relationships: with God or Goddess, with gods and goddesses, with our ancestors, with the spirits of Nature, with our families and communities.

But right or wrong, religion in the contemporary Western world is generally thought of as an individual thing. Bring up religion to the guy in the next cubicle and he’s likely to ask “what do you believe?” Explain that religion is more about doing than believing and he’ll ask “what do you do?”

Why do you believe what you believe and why do you do what you do? What is the purpose of your religion? I see three kinds of religion, each with a very different purpose. But before I get to that, I’d like to share two stories.

The first is this essay from the Huffington Post titled “Can Evangelicals Ever Tolerate Gay Marriage?” What grabbed me was the observation that “Jerry Falwell and Pat Robertson gained great fame not by demanding that Christians live their lives differently, but by sanctifying the lives they were already inclined to live.” The writer says that Evangelical arguments against marriage equality simply proof-text the Bible to justify inherent homophobia, and when homophobia wanes in Evangelical circles as it has in mainstream circles, the objection to gay people marrying will fade away.

The second thing I’d like to share is a personal confession: I used to listen to Rush Limbaugh. In the Bush Sr. – Clinton years I’d go out to lunch and listen to Limbaugh’s opening monologue on the way back. My politics are mostly center-left – some of his points made good sense and he was always entertaining. I stopped listening to him around the 2004 election. Common sense conservatism gave way to far right dogma and well-intended satire gave way to mean-spirited mockery. I bring this up because on several occasions Limbaugh said “I’m successful because I say what other people think to themselves but are afraid to say out loud.” Conservative talk radio has been successful because it validates the opinions and prejudices of its listeners.

With those stories in mind, let’s look at three kinds of religion with three very different purposes.

There’s a time and a place for prophetic preaching, for raising awareness, for calling evil what it is and demanding it repent or be overthrown. But if the primary emphasis of your religion is on other people and how they need to change, you’re practicing bad religion.

Lukewarm religion (see Revelation 3:16) says you’re OK just as you are. The Mother Goddess watches over all her children, God loves you and wants you to be happy (and rich), the Buddha will teach you to transcend all your problems. Never mind all the suffering and injustice in the world – isn’t our church a great place? Isn’t our coven doing some great spells? Here – have some more opium.

There’s a time and a place to comfort the grieving, for gratitude, for celebration. But if the primary emphasis of your religion is on making you feel good about yourself, you’re practicing lukewarm religion.

Where ever you have the courage to look, to study, to practice, and to live out what you find. 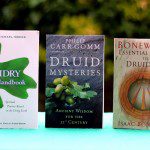