Fellow OBOD Druid Dana Driscoll has a post on her blog about how she became a Druid. It’s led to some wonderful stories on another forum, including a condensed version of my own Druid story. Back in the Summer, Jason Mankey wrote about how Led Zeppelin was a “gateway to Paganism” for him. I intended to respond to that and never did. So as I’m trying to move on from politics, this seems like a good time to talk about my journey from the little boy in the Baptist church to Pagan, Druid and UU.

I’ve already written about how and why I rejected fundamentalist Christianity for universalism. That was an intellectual exercise – the claims of fundamentalism didn’t hold up to the facts of the world or to basic ethics as I understood them. This was something I did on my own with very little outside help – which is probably why it was so hard and took so long.

That process should have made me an atheist, or at most a deist. But I never seriously considered atheism – there’s always been something inside me that whispers “there’s more…” What does that more look like? Figuring it out has been quite a journey, a journey through two very different gateways: horror movies and the woods.

Volumes have been written on the psychological and religious reasons why so many of us like horror. I fit most of those explanations and I fell in love with the gothic settings and stories. As a geeky kid who struggled with school, church, and family expectations I either couldn’t or didn’t want to meet, I found comfort in the monsters. I felt like I was Frankenstein’s monster and I wanted to be Dracula.

Beyond that, horror movies had more – they had magic. They had vampires and werewolves, witches and ghosts, mummies and their curses. They had spells and rituals – three bites and you live forever. I knew it was all fiction, but I wanted it to be real… and for 90 minutes or so it was.

My other gateway was the woods. The land where I grew up outside Chattanooga was cut up into subdivisions long ago. But until I left for college it was still “in the country.” My parents owned 33 acres, about 25 of which were wooded. And the sections on three sides of our land were wooded too. The woods were literally 20 feet from my back door.

From the earliest I can remember, I loved exploring the woods. It started with walking along the rabbit trails and moved on to trying to track the creek back to its source. Turns out it was simply natural drainage and there was no “source,” but at age 7 or 10 or so I was sure there was a natural spring nearby and I was determined to find it. I climbed the hills and made my own paths when the rabbit trails disappeared.

I loved the trees and the vines and the ferns that grew near the creek. I loved the squirrels and rabbits and birds. My mother (who was genuinely concerned) and my older brother (who just wanted to scare me) constantly said “there’s snakes in the woods!” There were, but I saw maybe three of them in all the time I lived there.

What I didn’t love were the other eight acres: a big front yard and a bigger back yard that needed constant mowing, a large garden in the front and a huge field in the back that my father planted with corn, potatoes, tomatoes, okra, squash and whatever else he thought he should grow. The food was good, no question about it, but let’s just say I have no romantic ideas about the agricultural cycles of Paganism. Farming is hard work, and in Tennessee it’s hot and sticky work too. 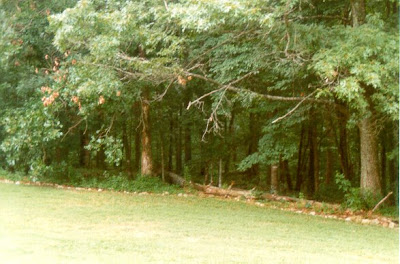 The woods weren’t work. The woods were more. There was always something new and magical just over the next hill, just behind (or up) a tree, just under a thick thorny bush.

The woods are where I first met the God of the Forest. I didn’t know he was a god – the only god I knew was the God of the Fundamentalists who was constantly watching me and always ready to punish me if I did something wrong… and ready to send me to hell if I didn’t “accept Jesus” in just the right way. The God of the Forest listened when no one else would. He left me alone when I needed to be alone. He covered me when I wanted to scream and when I needed to say things I wasn’t allowed to say. He reminded me that nothing lasts forever and that some day I would be free.

And eventually, I was.

I needed both of these gateways to get to where I am now. Neither the horror movies nor the woods were enough by themselves.

The horror movies showed me magic, but they weren’t real. I think that’s why Wicca never really grabbed me, even when I worked spell after spell that got results. I associated witchcraft with movies and movies weren’t real, so something in my mind said magic couldn’t be real. There had to be a logical (i.e. – materialist) explanation for why my spells worked.

The woods were absolutely, undeniably, tangibly real. But I quite literally couldn’t see the forest for the trees. Once I knew the boundaries of the woods and once I started listening to the siren song of popular culture and the advertising industry I couldn’t see more any more. 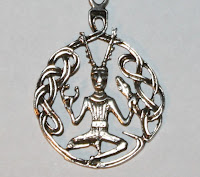 When I discovered Paganism in 1993 these two gateways began to meld and merge. The archetype of the Witch reminded me of the magic of the horror movies, while the Nature worship reminded me of my times in the woods. It took lots of practice, but eventually I started seeing more again. When I found Druidry, with its roots in both ancient Celtic culture and modern Pagan practice, it all became undeniably real – even for an engineer like me.

And when the God of the Forest introduced himself again, this time I knew who – and what – he was.