This is Progress – Now Get Back to Work 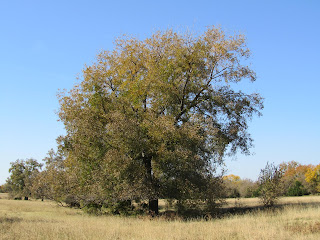 This is what political progress looks like: a few more wins, a few less losses, and a lot more of the status quo.

Same sex marriage won in Maine and Maryland and appears to have won in Washington, while a measure to ban same sex marriage lost in Minnesota. That makes four victories after 32 straight losses in statewide elections. This is likely to be the Battle of Midway for marriage equality – many years of hard fighting remain, but the tide has turned.

Wisconsin made Tammy Baldwin the first openly gay US Senator in a race where her sexual orientation was mostly a non-factor.

Hawaii made Mazie Hirono the first Buddhist in the US Senate and Tulsi Gabbard the first Hindu in the House.

Colorado and Washington legalized marijuana, while Massachusetts legalized it for medicinal reasons. Only Oregon voted to retain current laws. Marijuana is still illegal under federal law and a long court battle is expected, but people are starting to understand the injustice and ineffectiveness of the War on Drugs.

California passed a referendum modifying the state’s Three Strikes law, removing mandatory life sentences for minor crimes. But they defeated a proposition requiring genetically modified foods to be labeled, and a proposition to end the death penalty appears to have lost.

Two Republican candidates for Senate who made inaccurate and insensitive comments on rape were defeated. Sen. Claire McCaskill of Missouri was re-elected over Todd Akin, who probably killed his chances of wining when he said “if it’s a legitimate rape, the female body has ways to try to shut that whole thing down.” And in Indiana, Democrat Joe Donnelly defeated Richard Mourdock for a Senate seat the Republicans have held for 36 years. Mourdock shot himself in the foot when he said “even when life begins in that horrible situation of rape, that is something that God intended to happen.” The American people remain troubled by abortion, but the majority still want it to remain safe, legal and rare.

President Obama was re-elected, while the Democrats retained control of the Senate and the Republicans retained control of the House. That means the next four years will look a lot like the last two – lots of shouting and finger-pointing and not a lot of action. The fiscal cliff that was set up during the last can-kicking of the debt ceiling is still looming on December 31 and the House leadership shows little sign of agreeing to any compromise that includes tax increases.

The good news is that the Affordable Health Care Act is unlikely to be repealed and if Ruth Bader Ginsburg loses her battle with cancer she won’t be replaced with another Scalia clone. The bad news is that the supposedly liberal President still hasn’t ended the war in Afghanistan, closed Guantanamo, banned torture or indefinite detention, or done anything to address climate change. Libertarian Gary Johnson only got about 1% of the vote and Green Jill Stein got even less, meaning their parties and their ideas will continue to be marginalized by the Democrats and Republicans.

This is progress, but it doesn’t feel much like progress. It doesn’t feel like 2008 when we were overjoyed that eight years of George W. Bush were finally over. But in the critical areas of economic policy and foreign policy, Obama has been indistinguishable from Bush. We projected our hopes and dreams on Barack Obama and we learned what happens when you stake your future on politicians – you are inevitably disappointed.

But first, take a moment and give thanks for progress, small though it may be.