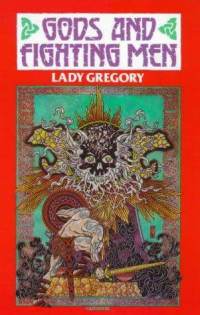 For all my Druid reading I had never read any of the Irish myths. I’ve heard many of them: some in my OBOD studies, some in academic works like Celtic Heritage, and some in songs and rituals. Earlier this year I felt the need to start working with the Irish literature, and when I asked John Michael Greer for suggestions, one of his first was Gods and Fighting Men.

Gods and Fighting Men was written by Lady Augusta Gregory and first published in 1904. It’s her compilation and translation of Irish myths from several sources. As the subtitle indicates it’s divided into two parts, “The Story of the Tuatha De Danaan and of the Fianna of Ireland.”

Several things struck me in reading these stories. The first is that was a society that valued fighting. Their heroes killed hundreds in a single battle and a handful of the Fianna could defeat a whole army. They weren’t celebrating huge conquests like Alexander or Julius Caesar, they were celebrating frequent, low-intensity raiding and retaliation between tribes and cities. This seems consistent with what I’ve read about tribal societies.

The stories place a huge emphasis on honor, keeping your word, and doing the right thing no matter what. People make open ended deals: I give you this, and you’ll give me something of my choosing, at a time I select. You’re then honor-bound to give what’s asked.

The best example of this is Cormac, who bargained with a stranger for a shining branch with nine apples of gold. At the end of the year, the stranger came back and asked for Cormac’s daughter, then his son, and finally his wife. Cormac goes after them, runs into the mists (the transition to the Otherworld) and eventually finds that the stranger was Manannan mac Lir, and that his family has been unharmed and untouched. I think the point is that when you do the right things – when you keep your word no matter what – everything is going to work out OK in the end.

The gods in these stories are the gods of a polytheistic people – very human-like, but more. The Tuatha de Danaan are the children of Danu, but Danu is mentioned only in passing. My [rather limited] understanding is that this is fairly common – many peoples have gods and goddesses who either created the world or founded the tribe and then stepped away, leaving the running of things to their children. In the Egyptian stories Ra created the world, but it is his grandson Osiris who rules the underworld and his great-grandson Horus who rules this world.

I find the role of women to be very interesting. In the stories of the Tuatha De Danaan, goddesses are more or less equal to the gods. There aren’t as many of them and they aren’t as involved in fighting, but they are clearly not second class citizens. As you move what appears to be forward in time, you see female warriors and Druids – not very many of them (they’re rare enough to be called out), but you do see them. As you get into ordinary men and women, women are “obtained” and “given” in marriage, but they’re still independent actors. Moving deeper into the stories of the Fianna, women become less and less important and seem to be relegated to the roles of wife, mother and lover. I’m an engineer, not a psychologist or anthropologist, but it seems to me the stories reflect the tribal memories of a matriarchal society and a pragmatic attitude of “if you can do it, we don’t care what gender you are,” which gradually gave way to a male-dominated society.

I enjoyed the Gods section and it went fairly quickly. The Fianna section slowed down, in part because it wasn’t as interesting to me and in part because reading time got harder to come by. But I really liked the last section, which were conversations between Oisin (who had returned to Ireland after spending hundreds of years in the Other world) and St. Patrick. Patrick constantly tried to convert Oisin, telling him that Finn and the Fianna were being tormented in hell because they weren’t Christians. Oisin steadfastly refused to convert and insisted there was no hell and no devil that could keep Finn and the Fianna under bonds.

I have to wonder when that was written (i.e. – composed). Presumably it’s more recent than the other tales and well into the Christian era. But the writer is very sympathetic to the old beliefs.

It’s been good to read these stories. They’re the closest tangible connection we’ve got to our ancient Celtic ancestors and they’re part of the foundation of Druidry both ancient and contemporary. I’ve picked up bits and pieces here and there over the years, but that’s no substitute for actually reading them.

If you haven’t read these stories I encourage you to do so. Gods and Fighting Men is in the public domain and it’s available on sacred-text.com and as a free Kindle download. It’s also available in hardcover and paperback. 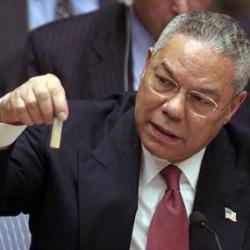