David Dashifen Kees had an excellent question in response to my last post on Sam Webster’s call to rebuild the cult of the gods:

What about deities for whom we lack evidence of an ancient cult or for those which are not ancient in and of themselves? How would you recommend going about the recreation of a cult for these powers?

This is an important question, particularly for those of us who follow a Celtic-oriented path. The original Druids kept an oral tradition and their stories were first written down by Christian monks. Perhaps the great stone circles were built as temples (we don’t know), but if they were we can only speculate about the rites performed there. We have very little hard evidence of their beliefs and practices.

Of the three deities I serve most frequently, Morrigan appears in the literature, but more as a demigod than as a true goddess, and there is no indication of how, or even if, she was worshiped. The gods and goddesses of Ireland are called the Tuatha Dé Danann, the Children of Danu, but virtually nothing is said about Danu herself. And there is all of one surviving instance of the name Cernunnos, on a Gaulish relief sculpture dated to the 1st century CE.

That’s not necessarily a bad thing. Despite documentation that is very good (though not inerrant as some claim) Christians can’t agree on the cult of Jesus. If an alien went to an Evangelical megachurch praise service and then to a Catholic Tridentine mass he’d have a hard time figuring out they were worshiping the same god. Apparently the more evidence you have of ancient worship, the more people like to fight about the “right” way to do it.

But the historical information we have is our starting point. Sometimes we have images, or legends, or stories. Sometimes all we have is a name. Danu has been linguistically linked with the rivers Danube, Dniestr, Dniepr and Don and with a pre-Hindu Indian deity of the same name. This, combined with her status as a mostly-absent Mother Goddess in the Celtic literature, has led many to believe she is very old (“proto Indo-European” is a phrase I’ve seen used). The water aspect matches what we now know about life beginning in the seas, and what we’ve always known about the necessity of water for life.

What attributes are indicated by names and images? Here’s part of the liturgy from the main working at our Winter Solstice circle. This was beautifully presented by Bonnie, the Priestess of Danu:

How does Danu appear to you? As a young woman of infinite potential? Pregnant with new beginnings? As a new mother, nursing her child? Or perhaps as a flowing river, nourishing all who drink from her? See her here among us, feel her power and sense her flow.

Greet Danu, and welcome her to our circle.

Now dive deeply into her pool. Her waters are dark and warm and salty. You have no need to breathe here – these are the primordial waters, the waters from which all life will emerge. Feel the elements, waiting to combine. Feel the potential, waiting to be made manifest. Feel the love, waiting to be expressed in new creations.

Now feel the waters begin to move and flow. Feel them begin to run clear and cool. No longer the primordial pool, she is now a mighty river, like the many that bear her name. Now she brings life to the creatures of the land and sky.

This doesn’t say much about how to worship Danu or how to carry out her work in this world, but it says a lot about who she is and it invites people to experience her for themselves. It’s an introduction, which is what we were looking for with this ritual for this group of people. 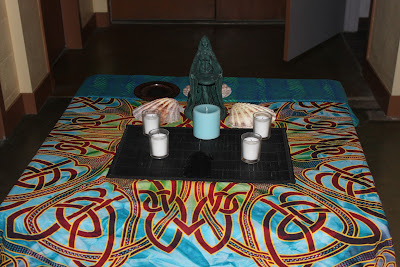 The next step is to learn what we can from other deities in the same culture. I recently read Homo Necans, Walter Berkert’s 1971 anthropological look at ancient Greek sacrifice. Greek ritual followed a similar (though not identical) pattern no matter which god or goddess was involved. If you wish to work with a Greco-Roman deity about which little is known, start with the outline of a rite for Zeus or Demeter.

See what you can borrow from neighboring peoples. Britain has been controlled by Celts, Romans, Saxons, Danes and Normans at various times. All of them have influenced – and been influenced by – the religions of Britain. Could a Celtic deity be engaged in a manner similar to the way in which we’d approach a Norse or Roman deity? Maybe. If you have nothing else to go on, it’s a good place to start.

Proceed with caution: mindless copy and paste doesn’t work. An extreme example would be building a marble temple to Cernunnos because that’s how the Greeks and Romans honored their gods, when Cernunnos is a god of the forest and the Celts built no temples. In his workshop on Theurgic Sacrifice, Sam Webster said “tech is transferrable, culture is not.” Borrow carefully and mindfully. Or, as someone in that seminar (not sure if it was Sam, John Michael Greer, or Jason Miller) said “steal the tech.”

Whether you have a lot of history or very little, remember that gods and goddesses are living beings – they change. Just as importantly, we’re not ancient Greeks or Celts or Norse. I know my ancestors sacrificed animals to their gods. I eat meat, and I’ve hunted and I’ve butchered farm animals – I’m not afraid of getting my hands dirty. But I’ve never felt like blood sacrifice was either necessary or desired. The fact that it’s “authentic” is insufficient reason to do it today.

Perhaps the most important thing we can do in rebuilding the cult of any god is to simply listen. I know the gods and goddesses I know because they called to me. I had to learn enough about them to recognize their call. Then I had to meet them in meditation, prayer, ritual, and on two occasions, by Drawing Down. As with a fellow human, the more I talk to them, listen to them, and commune with them, the better I get to know them: who they are, what they’re like, what they’re doing and how they want me to help.

Based on all this input: history, historical projections, and personal experience, we begin to build a religious practice. We compose ceremonies and rituals, write poetry and songs, make offerings and sacrifices. We compile old stories and we create new ones. We take action in the ordinary world, to make it more like the ideals exemplified by our gods and goddesses. We make ourselves more like them.

We talk to each other and share our experiences. We read the books and blogs of others who are doing the same things, whether we serve the same gods or different gods. We participate in each other’s rites – with few exceptions, the old gods are not jealous gods.

The things that work well, we keep doing. The things that fail, we do differently, or we stop doing entirely. Our goddesses and gods aren’t perfect – they certainly don’t expect us to be perfect. They do expect us to work, and to learn, and to grow.

Rebuilding the cults of the gods (or in some cases, building them for the first time) is a process that will take many generations – I don’t expect it to be completed in my lifetime. Even after a thriving cult is established, after Pagan religion is widespread once again, the rites will continue to evolve. We are living, changing people who are serving living, changing gods.

It’s an exciting time to be a Pagan.

Channeling a God, or Why People...
John Beckett
Related posts from John Beckett 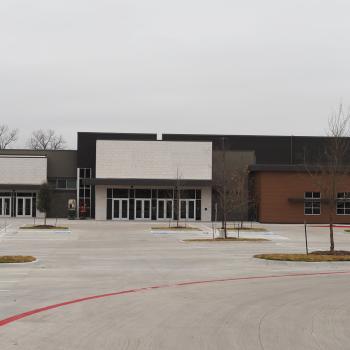