Tension and the Big Tent of Paganism

Tension and the Big Tent of Paganism January 11, 2013 John Beckett 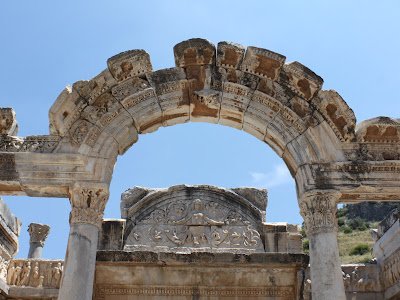 Yesterday I started a blog post on the most recent internet dustup over the label “Pagan.” I got a page into it before I decided I didn’t really want to stoke this particular fire again.

Then today I came across this piece by P. Sufenas Virius Lupus titled “Bringing Back the Gods.” He referenced Sam Webster’s call to rebuild the cult of the gods, then asked “why are so many Pagans leaving them out of their theology?” As a hard polytheist who’s on speaking terms with several goddesses and gods, I think including them in our theology is a good and necessary thing.

But then he denigrated the idea of Nature worship and said “I think that any definition of ‘Paganism’ that tries to make the gods less important, irrelevant, or anomalous is entirely wrong.”

And there’s this piece by Alison Lilly, who described herself as a “natural polytheist who finds her gods in the rivers and mountains” and compared theology to vivisection. She said “The challenge is to delve into theology without killing its subject, to try our hand at analysis and critical thinking without pretending that the numinous divine is a dead thing that will hold still beneath our careful knives.”

I think Alison is on to something.

First, I’m in favor of “Big Tent” Paganism. When someone says “Pagan” I want that to include hard polytheists, humanistic Pagans, Nature worshipers, hedge witches, shamans, ancestor worshipers and anyone else with similar beliefs and practices. That doesn’t mean I want us all doing the same Wicca-lite ritual at the Solstice. It means I want us talking to each other, cooperating with each other, and learning from each other.

If that makes it impossible to draw clear lines around what is and isn’t “Pagan” so be it. The idea that if a term can’t be precisely defined then it doesn’t mean anything simply isn’t true. “Pagan” means something – we’re arguing about what that something is. I’m advocating for as loose a definition as possible.

That’s all I want to say about the label “Pagan.”

Back to Alison’s comments on theology. I like theology. I’m infinitely curious and I’m particularly curious about these beings we call gods. I want to apply all my powers of observation and reason to my experiences of the gods. I want to read the works of great philosophers and theologians of the past and present and see how they compare to my own thoughts. I want to build a model of the Universe so I can better understand my place in it, and I want to continually refine that model.

I like theology. But theology is a matter of belief and while belief is important, practice is more important. What we believe should not get in the way of what we do. I want people to honor the gods, whether they believe the gods are individual beings, aspects of the Divine, the personification of natural forces, archetypes or metaphors. I want people to care for the Earth whether they believe the Earth is the Goddess or a goddess or part of a goddess or if they just think we need to take care of our home. If you come to one of Denton CUUPS’ Egyptian Summer Solstice circles I don’t care if you want to worship Ra or acknowledge the changing seasons or if you just think attending an Egyptian Temple Ritual in 21st century Texas is a fascinating way to spend an evening.

Obviously some of those options strike me as more likely and some are more meaningful to me than others. But if you’re standing there beside me I’m not going to insist I’m right and you’re wrong.

This is the challenge of liberal religion – the tension of faith and uncertainty. In order to grow past a very basic level, much less advance the state of the art of our still-new religion(s), we must act with certainty.

But I’m a child of the modern and post-modern West – I do have doubts. My task isn’t to pretend they don’t exist. My task is to do what I need and want to do despite those doubts.

And because I acknowledge my doubts, I can also acknowledge that the humanist or the soft polytheist standing beside me in the circle might be right… or perhaps just less wrong than me. If nothing else, the debate and discussion forces me to continually re-examine and refine my own thoughts and beliefs.

In her follow-up to PSVL’s essay, Patheos Pagan manager Christine Kraemer says “in the circuitous route I took to my current religious practice, I’ve assumed a more and more polytheistic worldview … because in my spiritual explorations, polytheistic practices produced deeper, more transformative, and more ecstatic experiences.” This has been my experience as well. I didn’t start out to become a polytheist, but the more and deeper I practiced the more the old goddesses and gods interacted with me as individual beings.

This has been very meaningful and helpful to me. I’m going to continue working to deepen and strengthen this practice. I’m going to tell write about it and tell anyone who cares to read what I’m doing, how I’m doing it, and what results I’m getting. I hope more and more of you will try similar practices and get similar results. I really do want to rebuild the cults of my goddesses and gods.

But if you see things differently, I still want you in the Big Tent of Paganism. Have a seat in whatever section appeals to you, and say hello to some of the folks you don’t already know.

January 15, 2013 The End of Growth
Recent Comments
12 Comments | Leave a Comment
Browse Our Archives
get the latest updates from
John Beckett
and the Patheos
Pagan
Channel
POPULAR AT PATHEOS Pagan
1