A Modern Pagan View of Sacrifice 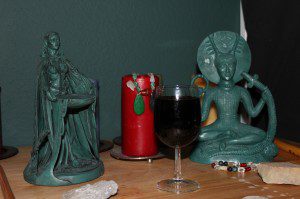 Last week Sam Webster had an excellent column on restoring Pagan sacrifice which drew largely from the ancient Greeks. I’d like to continue that conversation and offer my own thoughts on sacrifice: what it is and why we should do it.

Sacrifice has two separate but related meanings. If we are to understand sacrifice, much less practice it effectively, we need to understand both.

The older meaning of sacrifice is “to make sacred.” By dedicating something to the gods through ritual and ceremony it becomes sacred – it takes on some of the essence of the gods. Some of that divine essence then returns to us.

An ancient Greek sacrifice was intended “to make sacred,” not “to give up.” None of the cow was wasted and the vast majority of it was eaten by the assembly of worshippers. Nobody gave up anything, with the possible exception of the owner of the cow, who gave up meat that would have spoiled before he could eat it. While the cow was supposed to be a willing sacrifice… let’s just say I have my doubts about that.

They were going to kill the cow and eat it anyway. By consecrating it, killing it and cooking it in a ceremony that invoked and honored the gods, they brought the people together for a festive meal and they made the gods a part of their community barbeque.

This is what I think is missing from many of the comments on Sam’s column dealing with animal sacrifice. If you’re killing an animal, you aren’t giving up anything. You’re taking its life… and for what reason? If the gods want its life, they can take it themselves.

Now, if you’re going to take an animal’s life to sustain your life, you can sacrifice it in the same way the Greeks sacrificed – you can kill it, cook it and eat it with invocations and rituals designed to dedicate it to the gods. That has the additional advantage of being a tangible reminder that food does not come from the grocery store. Food comes from farms and ranches, orchards and oceans. Whether you eat animals or plants or both, everything you eat was once alive.

My point is that I see a clear difference between offering a life to the gods and sharing our food with the gods. But I understand that if you don’t see animals as a legitimate source of food, you aren’t likely to see much difference between the two.

Regardless of your intentions, I don’t recommend animal sacrifice. Your neighbors aren’t likely to understand, and if you didn’t grow up on a working farm you aren’t likely to know how to butcher animals cleanly and humanely. Perhaps a local Pagan group could encourage one or two of its members to learn butchering skills. Given the relatively high percentage of vegetarians in the overall Pagan community (from my informal observations, anyway), that may not be a very high priority.

Sacrifice is important because it reinforces the concept of hospitality. If you invite a human guest into your home, you would greet him or her politely, offer food and drink, and generally try to make your guest feel welcome. The same is true when we invite our gods and goddesses to join our circles. How would you feel if someone called you on the phone and said “come here now and give me stuff”? How would you most likely respond? The gods are not our masters but they are certainly not our servants – we should treat them with courtesy and respect.

Sacrifice is important because it reinforces the concept of reciprocity. The gods give to us so we give to them in return. They then give to us again. This sets up a whole cycle of giving and receiving, a cycle that carries over into our relations with other humans and with the rest of the natural world.

This cycle of giving and receiving raises the issue of what – if anything – the gods receive from us. As Sam Webster pointed out, the Greek Iamblichus believed the gods (at least the immaterial gods) are so far above us they can’t be influenced by anything we do. This idea from late paganism made its way into Christianity, despite the fact that it’s contradicted by both scripture and experience.

More importantly to us, so many Pagans have reported positive feedback about their sacrifices from the gods that the idea should be considered shared personal gnosis (SPG) and not unverified personal gnosis (UPG). We can’t prove our offerings feed the gods but it seems highly likely.

Some sacrifices are obvious: we pour libations, we offer our time and labor, we make contributions, we share our food and drink. But I wonder if there isn’t more we could “make sacred.” The Greeks were going to kill, cook and eat the animals no matter what, but by dedicating them to the gods, they made them sacred. What ordinary things could we make sacred?

Could an ordinary job be made sacred through invocation and ritual? We have to provide for ourselves, our families, and our communities – could dedicating our work to the gods make working an ordinary but necessary job a sacred act? Yeah, that’s a tough one. But the fact that it’s hard doesn’t mean it’s wrong.

I’m glad modern Pagans are talking about sacrifice. Whether we “give up” or “make sacred” or both, regular sacrifices will strengthen our relationships with our gods and goddesses, with our communities, and with the world at large. 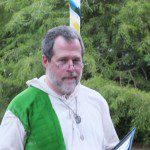