Do The Gods Change?

In response to the last post on the Neoplatonist Iamblichus, Soliwo asked “why could the gods not change?” while Conor O’Bryan Warren said “A lot of Neo-Platonic thought and ideas are contingent upon the Gods being perfect and unchanging. I am not a fan of it.”

I share their concerns. I will restate that I am no expert on Neoplatonism and I welcome those that are to comment and expand on any key points I miss. But it is pretty clear to me that they thought the gods (or at least, the immaterial gods) were perfect and unchanging. Their philosophy demanded perfect gods, and perfection meant they could not change – if the perfect changes it becomes imperfect.

There was much cross-pollination in the ancient Mediterranean religious world and we see this attitude in Jewish and Christian thought as well. The Book of Malachi (written between 450-350 BCE) says “I the Lord do not change.” The Book of James (traditionally thought to have been written in the 1st century CE) says “Every good and perfect gift is from above, coming down from the Father of the heavenly lights, who does not change like shifting shadows.”

The idea of perfection is appealing. If we have perfection, not only do we have the best there can ever be, we’re also done. Finished. Completed. If we have perfection, we can stop working and practicing and just hang out. Even if we know we can’t be perfect we’d like our gods to be perfect. Yet even a casual reading of the stories of our ancestors shows that our gods and goddesses are anything but perfect. I wrote about “Imperfect Gods” last year and I won’t repeat myself here, in part because “imperfect” doesn’t mean “changing.” I’m sure you know someone (or several someones) who is imperfect in tragic or harmful ways but is unable or unwilling to change.

The old goddesses and gods change in the literal sense: Cerridwen’s shape shifting, Zeus changing his form on his many seductions, Osiris being dismembered by Set and then reassembled by Isis. Their circumstances change: the Tuatha de Danann were oppressed by the Fomorians, who they defeated. But they were later driven underhill by the Milesians. They change their minds: Ra was angry with the behavior of humanity, but changed his mind when he saw how many of them Sekhmet killed.

Even Yahweh changes. Genesis says “the Lord regretted that he had made human beings on the earth, and his heart was deeply troubled” and Exodus says “then the Lord relented and did not bring on his people the disaster he had threatened.” These books pre-date Greek thought on unchanging deities even if they aren’t as old as the fundamentalists say they are. Conservative Christians perform logical gymnastics to show how their god didn’t really change, but that violates the plain reading of the text they claim to support.

Clearly the gods change. The question is “in what ways do they change?” Many deities who in ancient times demanded blood sacrifice seem perfectly happy with ordinary food and drink. Some warlike deities lend their support to less drastic means of protecting the tribe. And speaking of tribes, there are many examples of gods and goddesses calling or claiming people across traditional bloodlines.

Here is where those of us who are hard polytheists must walk a very fine line. If we are not both mindful and reverent, we can re-create our goddesses and gods in our own image and end up with a watered-down god of 21st century Western liberalism (or conservatism, depending on your political views). When dealing with gods and goddesses we should give great deference to the established lore about them, particularly in matters of their essential character.

But if we treat “the lore” the way Christian fundamentalists treat the Bible, we freeze our gods in a time and place that no longer exists (at least not in this world). They are alive and we should pay attention to our experiences of them – to our own unverified personal gnosis (UPG). But take care to evaluate your UPG against that of others and weigh it against your values and ethics.

Also remember that the lore is only a small part of the lives of the deities. We only see how they interacted with the people of ancient times and those stories are filtered through their lives and their values. Here’s an excellent essay by Morpheus Ravenna examining why the very warlike Morrigan is working today through non-violent means. Pay particular attention to the exchange between Morpheus and the commenter Helix, where Morpheus says “Her participation in war is always derivative from Her primary function, which is as a tribal sovereignty Goddess.” Morrigan’s essential function and “personality” may not have changed, but her approach clearly has.

All living things change. We learn, we grow, we adapt. Our goddesses and gods are more like us than not – it is reasonable to believe they change too. I’m thankful for that – I can’t relate to a perfect, unchanging god.

I’ll end with a beautiful ballad that illustrates how one particular goddesses changed. This is “Valkyrie Daughter” by S.J. Tucker. You might want to grab a handkerchief before you press “play.” 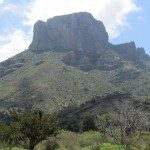 March 12, 2013 Silence and the Limitations of Language
Recent Comments
14 Comments | Leave a Comment
"I think that attributing the decline of religious institutions to young people having more options ..."
StarmanGhost “Stay in the Conversation” – Research ..."
"You couldn't leave well enough alone."
Aesithiar Runekafi A Reflection on a Blogger Leaving ..."
"I absolutely LOVE this! I have a good friend who is a gifted photographer (and ..."
Kristin Sweeney Magical Pictures on My Office Wall
"The term for Tower Time, as a friend pointed out, is the Kali Yuga. They've ..."
Gordon Cooper The Theology of Tower Time
Browse Our Archives
get the latest updates from
John Beckett
and the Patheos
Pagan
Channel
POPULAR AT PATHEOS Pagan
1