Silence and the Limitations of Language

Silence and the Limitations of Language March 12, 2013 John Beckett 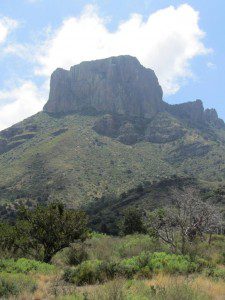 Silence has been on my mind the past couple of weeks.

“To Keep Silence” is one of the Four Powers of the Sphinx, which was explained in detail in Thorn Coyle’s new book Make Magic of Your Life. This is the need to allow time for gestation and the workings of Mystery. Silence allows magic to manifest in ways we could never imagine if we insist on controlling everything.

Last week I attended a lecture by Dr. Paul Clark, Steward of the Fraternity of the Hidden Light. In speaking of keeping silence, Dr. Clark said “when you talk about your magical goals, you’re saying you already have what you want – that what you really wanted was to talk about it, not to have it.” I’m not sure I totally agree with that, but he’s absolutely right that talking about magic is a sure way to derail it.

On a different note, in response to his ritual experience of Morrigan at Pantheacon, Teo Bishop asked How Do We Talk About the Workings of a Goddess? Teo says that while he can talk about the transformation Morrigan is working in him, he cannot talk about Her. And what he describes may be expressed in words but it is clearly a non-verbal experience:

This theism, this religiosity, is motivated by the visceral feeling of this skin, this flesh, these parts that are filled with the blood we all share. In this blood is iron – iron!!

Our religious and magical experiences of silence can be strong. But because we are verbal creatures, eventually we process and interpret those experiences using language – we put them into words even if we don’t speak those words aloud.

And that has long led me to speculate about the religious experiences of our distant ancestors who did not have language. Were their experiences incomplete or somehow less than ours because they did not have the tool of language for interpretation? Or were they more complete because they were experienced with their whole beings and not forced into the constructs and limitations of language?

There are two main theories as to when humans developed the capacity for language and speech. One theory says it occurred about 200,000 years ago – that language is part of what makes us Homo sapiens sapiens. The second theory says we developed it later, about 50,000 years ago when the human population exploded and began the second major migration out of Africa. We will likely never know which theory is correct: “language leaves no fossils.”

What did our non-verbal ancestors experience when they saw a sunrise, or the sea shore, or a birth, or a death? How did they interpret dreams – particularly dreams of the recent dead – without language? How did they contemplate their own pending deaths? They were far more like us than not, but without language, they were different. How different?

The gods, spirits, and natural phenomena that communicated with them “spoke” in images and feelings, not in words. What communications are we missing because we are listening only for words? What meaning and wisdom are we missing because we attempt to force all experiences into the wide but limited model of language? Is it any wonder some of our most profound religious experiences are ecstatic, when we are not silent but are incapable of words?

I like writing and speaking. Some of my best ritual work has been in composing moving liturgies. But for all its tremendous usefulness, language has limits. The practice of silence supports our magical work and our spiritual growth, and it prepares us for religious experiences that transcend language. Let us not fear to venture where words cannot follow. 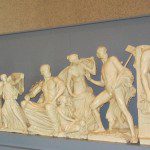 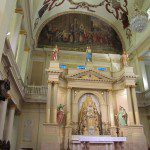 March 14, 2013 Pagan Wishes For The New Pope
Recent Comments
7 Comments | Leave a Comment
Browse Our Archives
get the latest from
John Beckett
Sign up for our newsletter
POPULAR AT PATHEOS Pagan
1