A Druid in Witch City 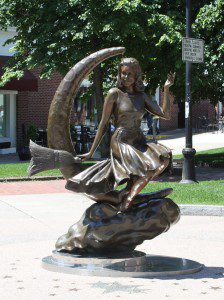 My visit to Salem last week was not a pilgrimage. Unlike some of last year’s travels, I felt no particular calling and I expected to find no great inspiration. But knowing its historical significance and its importance to modern Paganism (or at least, to one segment of modern Paganism), I knew our trip to New England had to include a day in Salem.

Here’s the bottom line: Salem is a tourist town. It’s a nice tourist town and a tourist town with an unusual twist, but at the end of the day it’s all about attracting visitors from mainstream America and persuading them to spend time and money there. Set your expectations accordingly and you can have a nice time in Salem.

Salem is located northeast of Boston, about a 40 minute drive from where we were staying in Cambridge. Like most of the Boston area, close-in parking is virtually non-existent, but there’s a large public garage at Museum Place that either by intention or malfunction was free on the day we were there. From there it’s an easy walk to any and all of the shops and sites.

My visit got off to an inausp 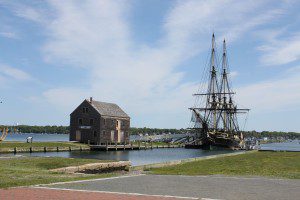 icious start. The first witch shop I came across was closed when it was supposed to be open, and in a prominent place in the display window was a book that should have been buried in the back. But there were plenty more witch shops, all featuring the same basic assortment of magical tools, charms, decorations and clothing, and offering Tarot readings and other psychic services.

All I bought was one t-shirt with the official Salem flying witch logo on it. Magic is a part of my spiritual practice, but it’s a small part. I already have all the tools I need, I don’t use many charms and I make what I need, and I know several good readers at home. 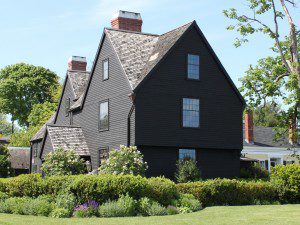 I know there are several prominent Wiccans and witches based in Salem, but I didn’t come across any of them.

There’s a lot of history in Salem. It was an important seaport in early colonial America where fortunes were made and lost. It was the birthplace of novelist Nathaniel Hawthorne and the site of The House of the Seven Gables, which today is a museum. The museum tour includes a climb through a secret passage, which I thoroughly enjoyed.

And then there were the witch trials. 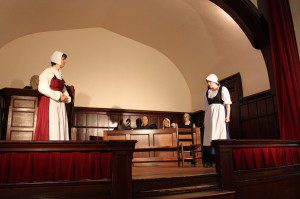 There are few artifacts from the 1692-3 trials. The only building with direct ties to the period is the “Witch House” – not the home of any witches (suspected or otherwise) but the home of one of the judges in the trials. No one is sure of the location of Gallows Hill or where the victims of the trials were buried. The Witch Dungeon Museum presents a brief re-enactment of one of the trials based on transcripts – it features two live actors and a narrator, plus a half dozen wax figures as extras. 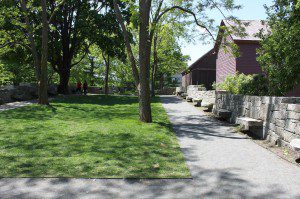 The one place in Salem where I had a strong experience was the Witch Trials Memorial. Located adjacent to the Old Burying Point Cemetery, it consists of a low three-sided granite enclosure with a walkway, a few trees, and a grass lawn. Around the interior of the memorial are twenty granite benches, each engraved with the name, date, and method of death of one of those killed during the trials. It is a solemn place, and I broke down when I read the pleas of the accused engraved on the entrance to the memorial.

These people were not witches and they were not Pagans. They were Christians who were caught up in a panic fed by an overwhelming fear that Satan was actively seeking to harm ordinary people and lure them into hell. 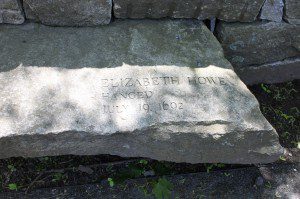 We see the same result today in the hundreds of “witch” killings in Africa and Asia each year. We see the same fear in the initial reaction to a Pagan Pride Day in Florida – a situation that thankfully has been resolved. In Salem hundreds were accused and twenty people were killed for something they did not do. The Witch Trials Memorial reminds us that it happened before and that if we are not vigilant it can happen again.

Visit Salem if you have a chance. See some of the history and some of the kitsch. Enjoy some good food. Buy a new cauldron or a gazing ball or a t-shirt. Watch the ordinary tourists struggle to figure out what to think about the whole idea of magic.

But before you leave, pay a visit to the Witch Trials Memorial, and remember. 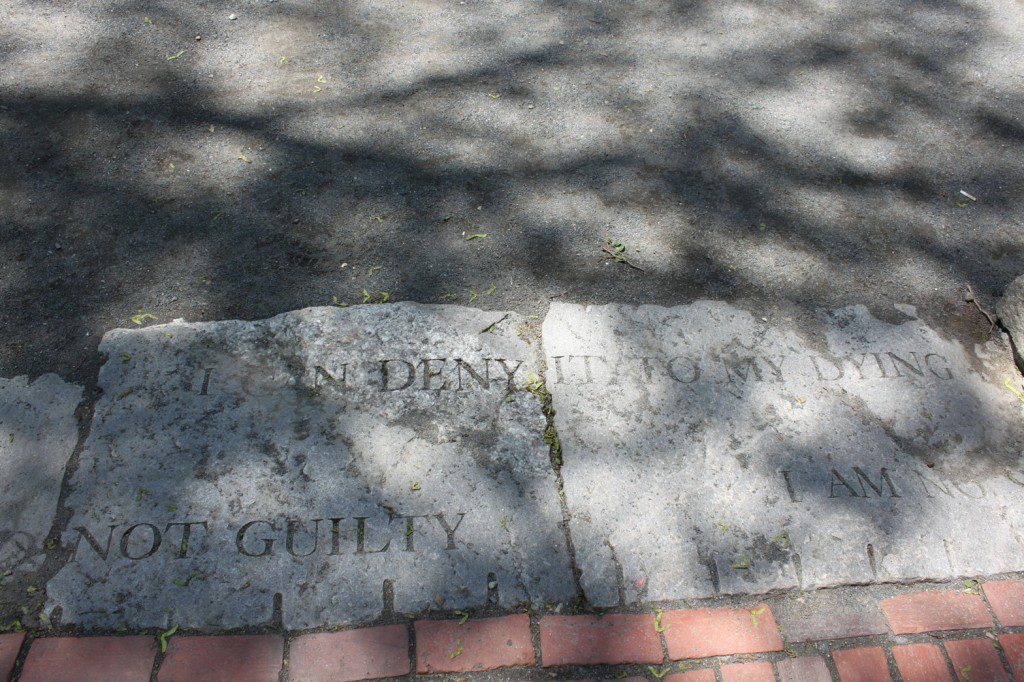 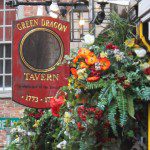 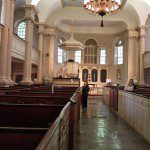 June 6, 2013 Box Pews
Recent Comments
5 Comments | Leave a Comment
"Exactly. If doppelgangers don't exist, why is there terminology in several languages to identify them?"
Becky Dillon The Aesthetic of Witchcraft and the ..."
"Indeed, we do not get points. ;) But those that seek support for their conversion, ..."
Becky Dillon The Aesthetic of Witchcraft and the ..."
"When we wrestle with political and social change, we need to consider the nature of ..."
Woods Wizard The Dawn of Everything: A New ..."
"This comes at a timely moment for me. I have a family member living with ..."
CarysBirch Boundaries: A Meditation for Holidays with ..."
Browse Our Archives
get the latest updates from
John Beckett
and the Patheos
Pagan
Channel
POPULAR AT PATHEOS Pagan
1