How Much Piety Do We Need?

Over on the Patheos Buddhist Channel, Dosho Port examines the question “what is the minimum amount of asceticism required?”  In typical Zen fashion, he gives an answer that is thought-provoking but indefinite.

Asceticism, “a lifestyle characterized by abstinence from various worldly pleasures,” is rarely associated with Paganism.  Even those of us who aren’t Wiccans like to quote the Charge of the Goddess, which says “sing, feast, dance, make music and love, all in My Presence, for Mine is the ecstasy of the spirit and Mine also is joy on earth.”  The material world is neither fallen nor the source of suffering.  It is our home and we are a part of is.  Like the beer commercials say, enjoy responsibly… but do enjoy.

If you find asceticism helpful, by all means practice it – the Buddhists aren’t categorically wrong and this isn’t a rebuttal.  But as soon as I saw the title of Dosho’s post, before I read any of it, another question popped into my head, one that is more relevant to Pagans:  “how much piety do we need?”

Dictionary.com defines piety as “reverence for God or devout fulfillment of religious obligations.”  This definition reflects the monotheistic assumptions of our mainstream culture but it still provides useful information.  Pagan piety includes reverence for our gods, ancestors and spirits.  It includes the religious obligations of spiritual practices such as prayer, meditation and contemplation.  It includes making offerings and sacrifices.  Piety is doing these things reverently and consistently.

How much piety do we need?  I could borrow one of Dosho Port’s Zen answers (“just the right amount, at least”), but I’d like to explore the question a bit more definitively.  And in typical Druid fashion, my answer has three parts.

We need enough piety to form and maintain connections to the gods.  We humans have an innate yearning for the Divine.  But though that yearning is deep, it speaks in a soft voice and it can easily be overwhelmed by everyday needs and wants… and that’s before the sorcerers of marketing bombard us with their claim that happiness will only be found by buying what they’re selling.

Through prayer, we talk to the gods.  Through meditation, we listen to them.  Through devotional reading and listening, we learn about them.  Through offerings and sacrifices, we support a virtuous circle of giving and receiving.  Doing these things occasionally is helpful, but forming and maintaining a deep connection requires diligent, dedicated practice.  It requires daily, weekly, monthly, and seasonal observances.

Do something every day to connect to your gods and to honor them.

We need enough piety to remind us we are not gods.  That line is heresy in some Pagan circles.  After all, didn’t Uncle Al say “thou art God?”  No, that was sci-fi novelist Robert A. Heinlein.  Yes, the spark of the Divine is in each of us, and yes, we – along with everyone and everything else – are connected to the Divine.  But a casual observation of our lives and communities should be more than enough evidence to show that we are not gods and goddesses.

While the gods and goddesses of our ancestors – and of modern polytheists – are not the “wholly other” beings proposed by monotheists, they are older, stronger and wiser than we are.  Whether it comes from some quality we don’t possess or whether it’s just the wisdom of greater experience, the gods have a clarity of identity and purpose that few humans are able to achieve.  They have a perspective that far exceeds our brief lives, much less our miniscule attention spans.  And who knows what else they are that we aren’t because, well, we’re not gods and we don’t know what we don’t know?

There is nothing like a first-hand encounter of a deity to remind you of the difference between us and them.

We need enough piety to help us progress toward becoming gods.  The proper response to the recognition of the difference between humans and gods is neither self-abasement nor sycophantic praise.  The first proper response is reverence – a healthy (and in many cases, loving) respect for who and what they are.  The second proper response is a commitment to be like them:  to learn their wisdom and to embody their virtues.

Extended practice of prayer nurtures our intellect, enlarges very greatly our soul’s receptivity to the gods, reveals to men the life of the gods, accustoms their eyes to the brightness of divine light, and gradually brings to perfection the capacity of our facilities for contact with the gods, until it leads us up to the highest level of consciousness … and, in a word, it renders those who employ prayers, if we may express it, the familiar consorts of the gods.

Through pious practice we can become more god-like.  There is no formula for apotheosis, for becoming gods ourselves.  But our pantheons have many deities who were once humans – if some can do it, it stands to reason that all can do it.  Perhaps it takes several lifetimes.  Perhaps it takes a seemingly random stroke of serendipity.  Perhaps it takes the touch of a god.  Like Buddhist enlightenment, apotheosis comes when it comes, but diligent practice makes its coming more likely.

Now, piety alone is not enough.  We all know examples of someone who is pious around prayers, worship, and observation of religious law, but who does little to put that piety toward the work of the gods.  My Baptist father used to complain about people who were “so Heavenly minded they’re no Earthly good.”  Piety is a means, not an end.

Just enough to change your life. 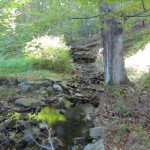 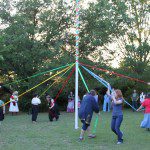 My Initial Reactions to The Craft: Legacy
I loved it. Here's why!
view all Pagan blogs
What Are Your Thoughts?leave a comment
Copyright 2008-2020, Patheos. All rights reserved.