Passing on the Faith – The Hidden Questions

Passing on the Faith – The Hidden Questions August 13, 2013 John Beckett 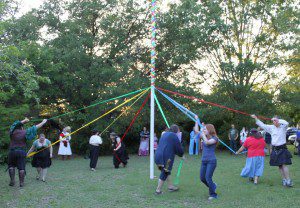 I wasn’t planning to write on the latest Patheos discussion question “Passing on the Faith.”  But yesterday P. Sufenas Virius Lupus posted a very good essay on the topic and today Jason Mankey shared his thoughts.  While I have no argument with either of those responses, they’ve caused me to give the question some more thought.

Full disclosure:  I write as a Pagan practitioner and leader, not as a parent.  Cathy and I were in our mid 20s when got married – we knew we didn’t want children any time soon, but we agreed to revisit the question periodically.  Every time we discussed it we quickly came to the same conclusion:  “not now, maybe later.”  We’re now to the point where age has turned “not now” into “never.”  We’re OK with that.  Some people simply aren’t meant to be parents – we just had sense enough to recognize it.

There are two issues to consider in the question of passing on the faith.  The first is the issue of religious continuity – how do we insure the religion we practice, the religion that is so meaningful to us, will continue to be practiced in the future?  The second is the issue of religious education for our children – how do we insure they learn the skills to navigate the challenges of life and the values to do so virtuously and ethically?

Before we explore those two issues, we need to look at two lower-level issues (“lower level” meaning hidden or obscured, not less important) unstated but implied by the original question.  The first is the issue of religious exclusivity.  If you believe your religion is the One True Way, or worse, if you believe followers of your religion go to heaven while all others go to hell, the question of passing on the faith has a much higher priority than it does for those of us with more liberal and pluralistic beliefs.  My mother worries about the fate of my soul… so we don’t talk about religion.  I don’t like that, but while I don’t want to distress her, I have to follow the path I’ve been called to follow.

Pagans – and pretty much everyone else except for conservative Christians and Muslims – don’t worry our children will suffer eternal torment if they worship Isis instead of Brighid, if they don’t worship any gods, or even if they become Baptists.  Passing on our faith isn’t a requirement for their eternal salvation.

The second hidden issue is that of identity.  The idea that religion is about what you believe is a very modern, Western, and Protestant idea.  For most people throughout most of history, religion was and is about who you are, what you are, and whose you are.  To walk away from the religion of your family isn’t just rejecting a set of theological propositions or social customs or even just a style of worship.  It’s rejecting the identity of the family.  That’s why religious conversions are literally a life and death issue in some parts of the world.

In our mainstream society, though, changing religion frequently does means nothing more than changing ideas or customs.  More importantly, most of us Pagans have already rejected the religion of our families.  Unless we’re highly hypocritical, we can’t criticize our children for doing what we ourselves have done.  Besides, if they reject our religion they affirm our identity as religious free-thinkers.

For Pagans, passing on the faith simply isn’t as important as it is for followers of some other religions.

That said, the two primary issues deserve to be addressed.  I take great pride in my Druidry, Paganism, and UUism.  They help me live a meaningful life, they inspire me to be the very best I can be, and they help me build a better world.  My commitment to Nature is strong and I believe a commitment to Nature is essential for the future of our species.  My commitment to my gods is strong and I believe working with them is the best way to keep me focused on what’s most important.  My religion is helpful to me, I think it can be helpful to others, and I want to see it continue to grow (in numbers and in depth) now and long after I’m gone.  Passing it on to the children of my co-religionists is one way to do that.

But counting on children to grow Paganism (or pretty much any religion in the West) is a losing strategy.  Birth rates have been declining for some time now, and while I have no data my strong impression is that the Pagan reproductive rate is well below average.

If Paganism is to grow, it will grow because other people follow the same path most of us followed:  they hear the call of the gods, of Nature, and of magic.  Our job is to make sure they have a good place to go when they respond to those calls.  That means welcoming young people – and everyone else – without pandering to what we assume they want.

The second issue is religious education for our children.  Let’s start with the obvious:  children learn more from what you do than from what you say, and they learn more from what you tell them than from what someone who sees them an hour a week tells them.  I rejected my father’s theology, but I couldn’t unlearn his dedication to faith and his devotion to his religious community – nor would I if I could.  The values and virtues he exhibited live on in me.  If you would pass on your values, make sure you embody them fully.

Passing down our religion isn’t as important for most Pagans as it is for some people, but it’s a topic that deserves our consideration.  Let’s make sure we address all the issues involved, the hidden ones as well as the obvious ones. 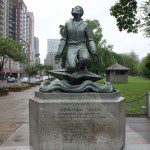 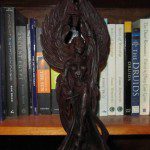 August 15, 2013 The Call of a Goddess
Recent Comments
18 Comments | Leave a Comment
Browse Our Archives
get the latest updates from
John Beckett
and the Patheos
Pagan
Channel
POPULAR AT PATHEOS Pagan
1